Andrea Adamson was born in Mala, near Alice Springs and is the daughter of Kukika Adamson and the niece of Rini Tiger, both senior artists. Her language group is Anangu/Arrente.

In this painting, Andrea has depicted the area of her birthplace. There are various campsites and ceremonial sites. It is at these campsites that dreamtime stories are told and ceremonies conducted. The different colours represent the land and the various rockholes and sandhills. People are usually represented by U shapes.

Andrea tells us the story of the seven sisters and their travels through the country as they are pursued by Wati (Man) Nyiru. Nyiru saw the sisters as they travelled to the west. He fell in love with them, and even though they were of the wrong skin name to marry him, he was desperate to make them his. As the women fled from Wati Nyiru they created the country and landscape around Andrea’s home, Mala. The sisters created the rockhole’s, sandhills and rocky outcrops as they tried to escape. Eventually they created a rock hole which went deep under the ground and came up on the other side of the hill. The women dived into the water and came out on the other side to fly up into the sky. Wati Nyiru followed them into the water and when he came out on the other side he was too late. Now, Wati Nyiru can be seen to the south of the seven sisters, as he still chases them across the sky. 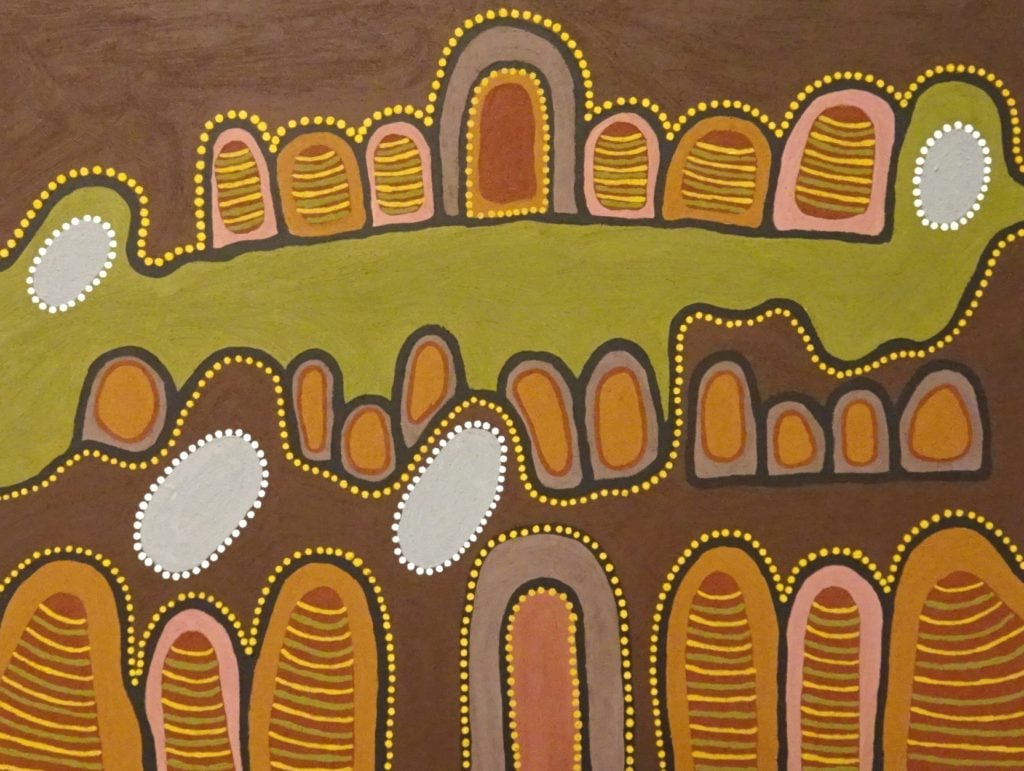 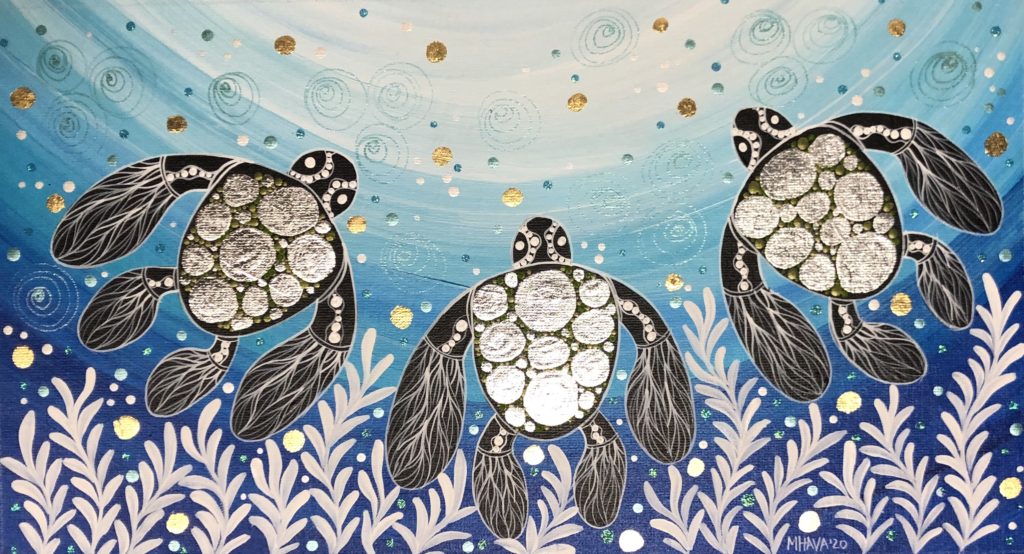 Melanie Hava / Turtles to the Top (1A) 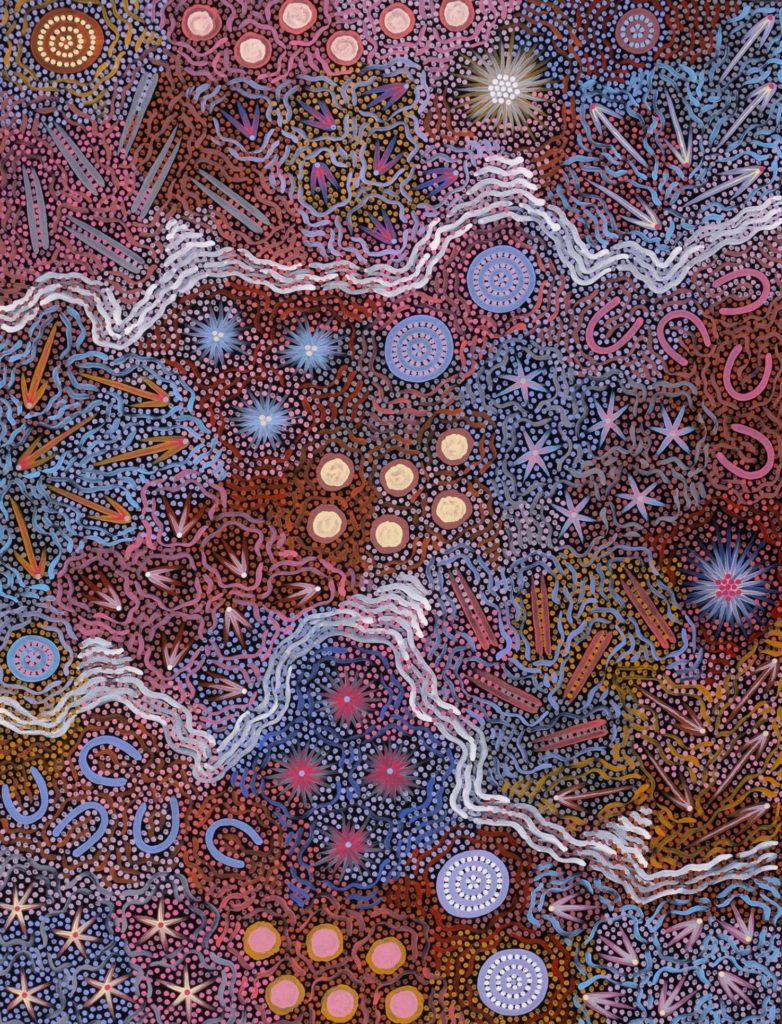 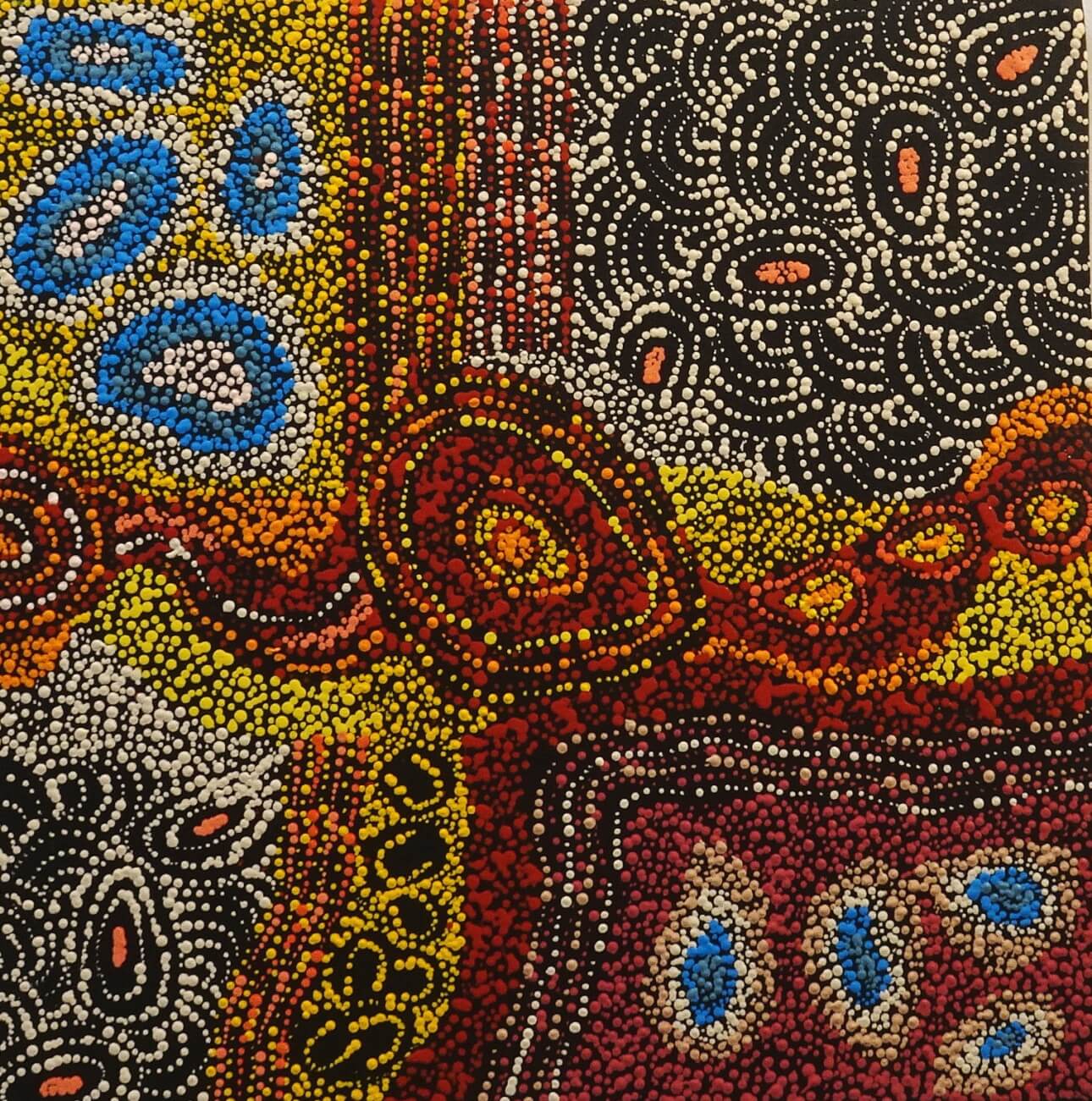 Andrea Adamson/ My Country - Seven Sisters (1A) (Sold)
Go Back