April Nulgit was born on the 11th April 1995, in an ambulance on the way from Warmun Community to Kununurra Hospital. She is the eldest child of Charlene Carrington and Wayne Nulgit. April is Gija on her mother’s side and Ngarinyin on her father’s side. This enables April to extend her artistic content to embrace both Gija land and her father’s country around Derby in the West Kimberley.

April is the youngest artist from one of the most talented families of Ochre Painters in the East Kimberley. Her great-grandmother Betty Carrington commenced painting late in life but is an established Senior artist; her Ganggayi (grandmother) Sade Carrington is an International Artist; her mother Charlene Carrington is one of the most outstanding of the Third Generation ochre artists. Her late grandfather Churchill Cann was known throughout the world and his paintings are included in the most important private and corporate collections. Her great-grandfather was Beerbee Mungnari, also of International standing and the last of the Elder Ochre Artists who painted with the likes of Rover Thomas, Jack Britten, Paddy Jampinji and George Mung Mung. April now forms the fourth generation of talented artists in her family.

April painted her first artwork for Artlandish when she was 9 years old, the painting was kept by the gallery and hangs proudly in their private collection. April had spent her childhood watching her talented family and it was obvious that this young girl had inherited their talent. Over the years April would paint for the gallery in school holidays, using the funds from her artworks to buy food for all the camp dogs at Warmun – this love of animals has remained and April hopes to one day work in the veterinary field.

The Carrington family are all from Texas Downs Station, to the East of Warmun Community, Turkey Creek. Texas Downs has produced an amazing number of famous Australian artists, and the family has passed the knowledge and Traditions of their country to the younger generations. April spends many weekends at Texas Downs with her family, which now includes her own beautiful little girl, Cheyenne. She remembers going to Texas as a little girl herself, and spending hours looking at the colours changing on the hills and thinking how lucky she was to call this place home.

In 2018, artworks by April were selected for the Revealed exhibition in Perth. Soon after she was represented in the hugely successful travelling exhibition Stories and Structures – New Connections.

April completed her high school education at St Mary’s College in Broome. She is an intelligent, talented young lady who has the world at her feet and we can’t wait to see what the future holds for her.

In my artwork I have painted a place known as “Lolly Creek”. This special place is located in my country – Ngarrgaroon Country. I have also included the landscape of Texas through the hill like figures.

Lolly Creek was usually one of our favourite places to go. We’d spend the day swimming in the clear crystal pool that is located in the area. The pool I have described can be seen as the grey circular shape. We’d also collect bush plums and bush yams which surround the rock pool.

This place holds very fond memories that I have from my childhood growing up with our old people.

In my artwork I have painted a place known as “Lolly Creek”. This special place is located in my country – Ngarrgaroon Country. I have also included the landscape of Texas through the hill like figures.

Lolly Creek was usually one of our favourite places to go. We’d spend the day swimming in the clear crystal pool that is located in the area. The pool I have described can be seen as the grey circular shape. We’d also collect bush plums and bush yams which surround the rock pool.

This place holds very fond memories that I have from my childhood growing up with our old people. 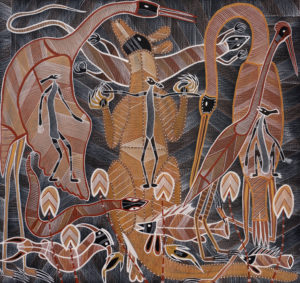 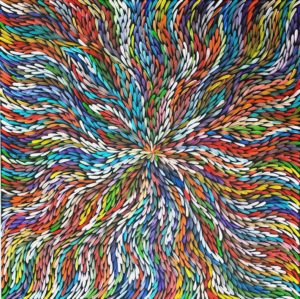 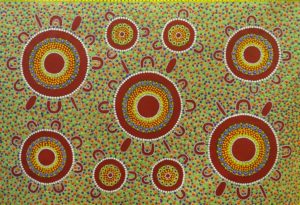 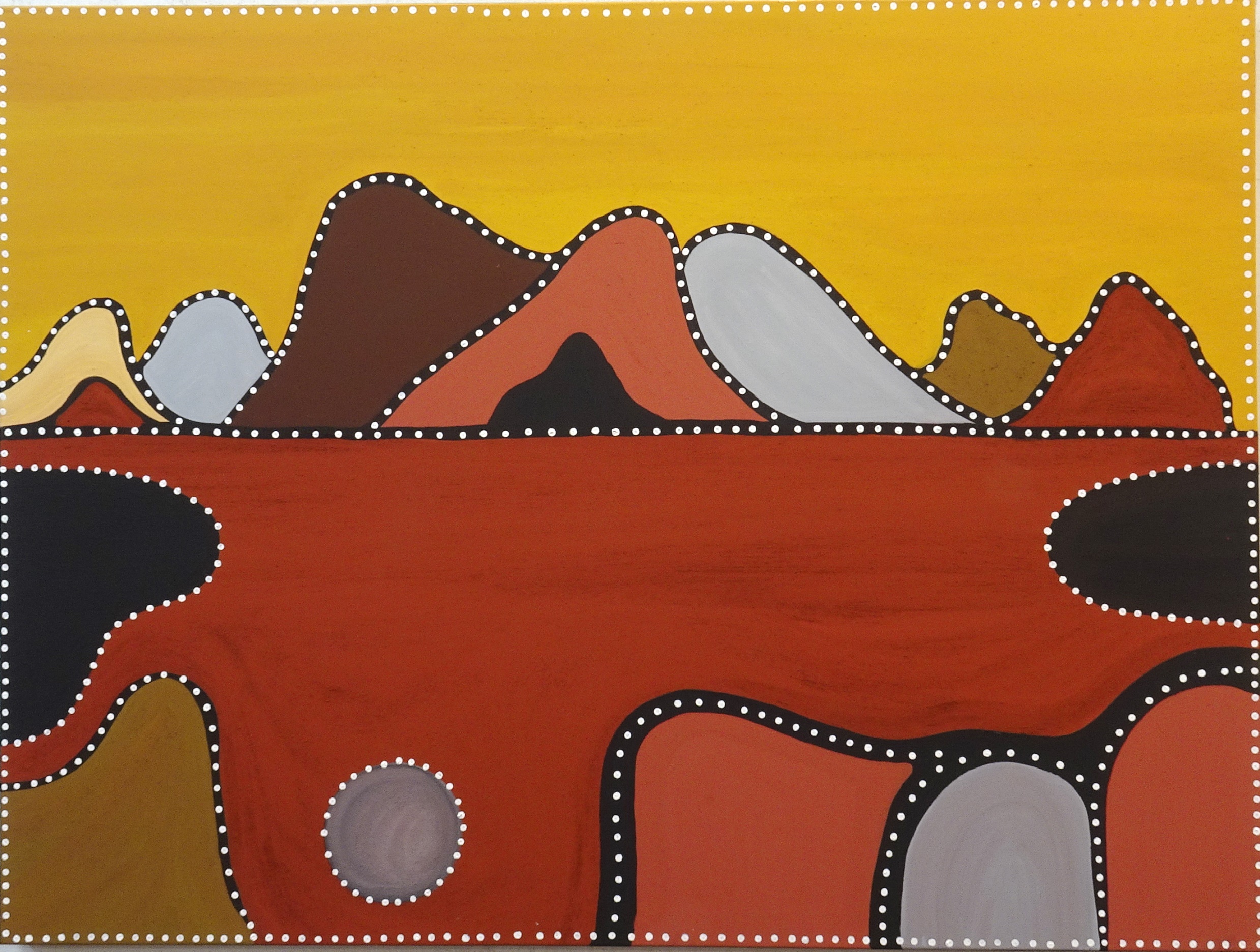