Cecilia lives in the Top End of Australia and likes to paint the animals, wildlife and fish that are found in the area where she lives.

Cecilia is an artist who paints for Warlukurlangu Art Centre in the Northern Territory when she is visiting family in Yuendumu.

Warlukurlangu Artists Aboriginal Corporation of Yuendumu was incorporated in 1986. Warlukurlangu is a not for profit organisation that has more than 600 members, all of whom are Indigenous artists. It is directed by an executive committee of eight men and eight women representing all the ‘skin groups’. It meets regularly to set policy, make decisions about the organisation and direct staff.

Established in 1985 Warlukurlangu Artists Aboriginal Corporation is a not-for-profit organisation that is 100% Aboriginal-owned by its artists from the remote desert communities of Yuendumu and Nyirripi in Central Australia.

Warlukurlangu Artists is famous for its gloriously colourful acrylic paintings and limited edition prints. The art centre has a national and international profile and its art has been featured in hundreds of exhibitions and publications in Australia and around the world.

Warlukurlangu means ‘belonging to fire’ in the local language, Warlpiri, and is named for a fire dreaming site west of Yuendumu.

Cecilia lives in the Top End of Australia and likes to paint the animals, wildlife and fish that are found in the area where she lives. 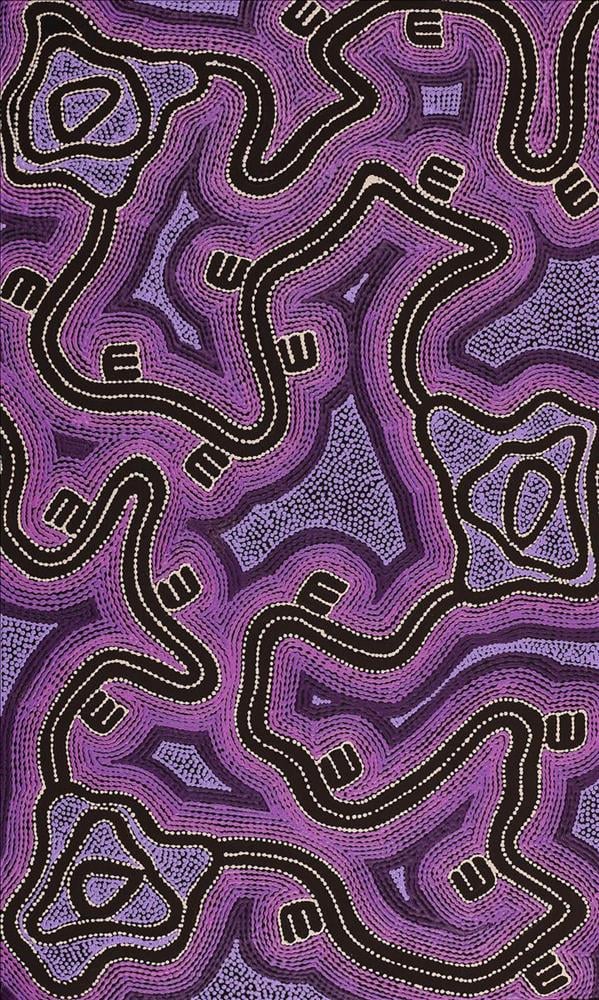 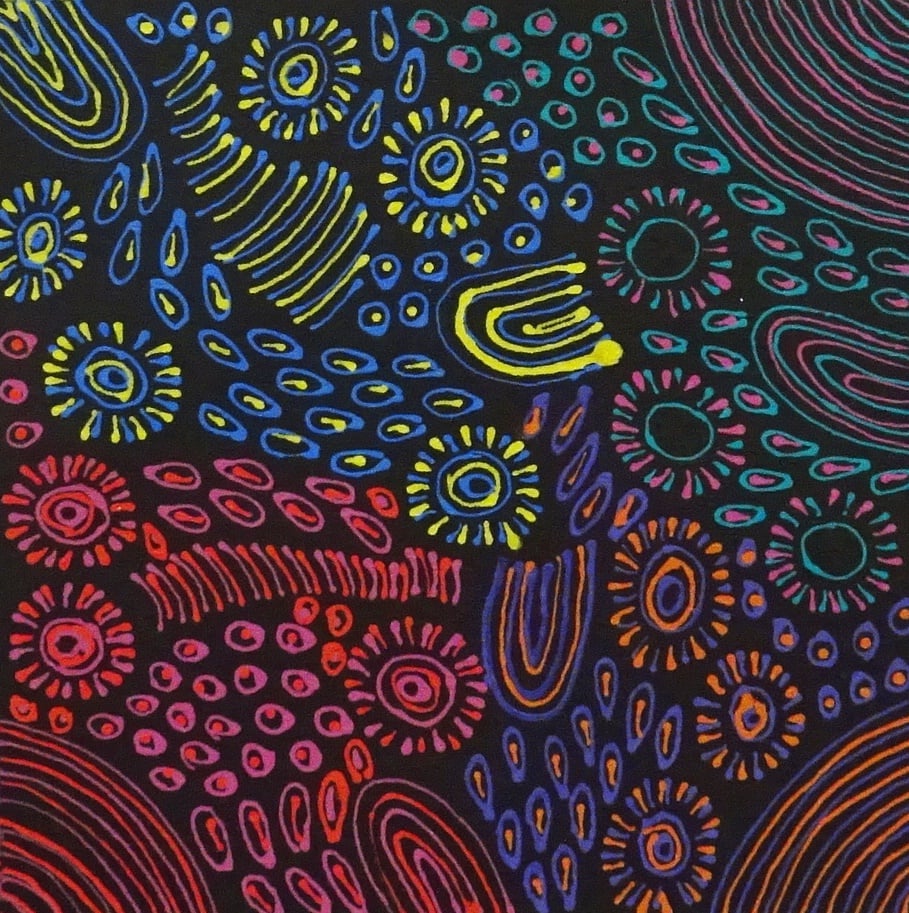 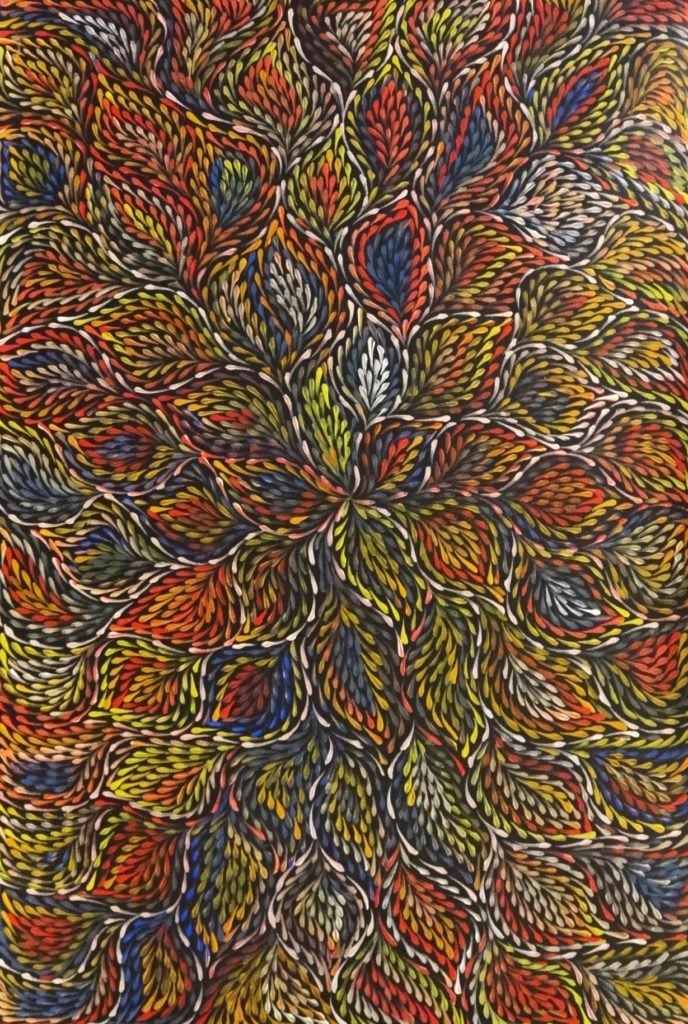 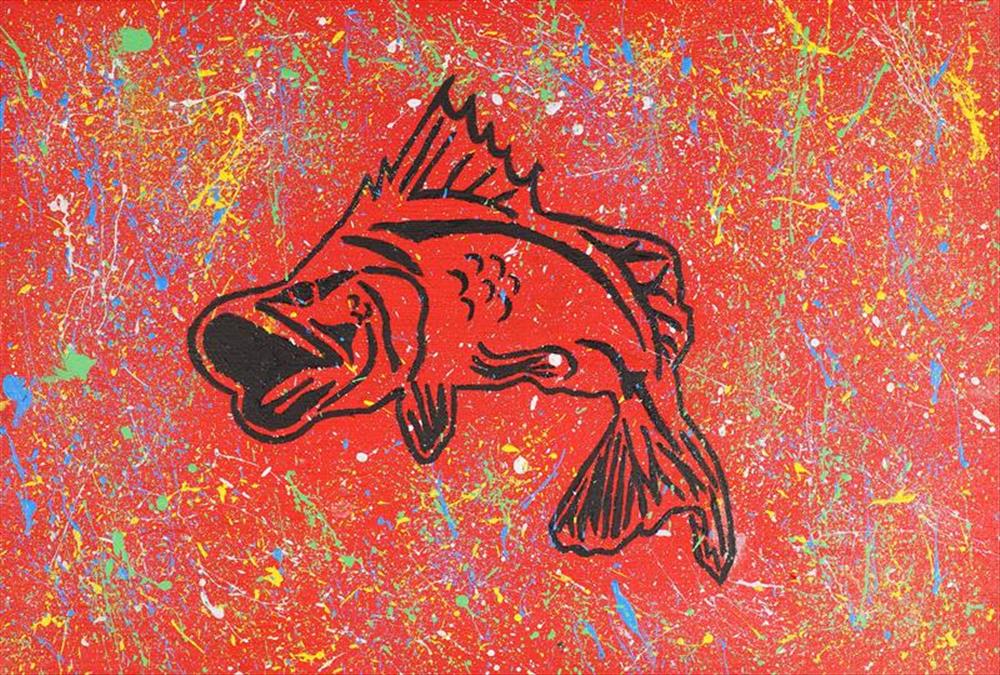