Debbie Napaljarri Brown was born in Nyirripi, a remote Aboriginal community 400 km north-west of Alice Springs in the Northern Territory of Australia. She grew up in Nyirrpi, and did most of her schooling there, although she spent several years boarding at Yirrara College in Alice Springs. When she returned to Nyirripi she worked at the store as well as helping to care for old people.

In 2010 Debbie moved to Yuendumu, 160 km east of Nyirripi, with her husband and son Jarvis to be closer to her husband’s family. She works for the Women’s Centre, cooking lunches for the kids at school.

Debbie has been painting since 2006. Her Grandmother, Margaret Napangardi Brown taught her to paint. Her Grandfather is the renowned Pintupi artist Pegleg Tjampitjinpa who was born c.1920 and grew up in the vicinity of Wilkinkarra, living a traditional life. Debbie would watch her grandmother and grandfather paint and listen to her Grandmother’s Jukurrpa or Dreaming stories.

In her paintings, Debbie paints her father’s Jukurrpa, Dreamings which relate directly to her land, its features, plants and animals. These stories were passed down to her by her Grandmother and her mother and their parents before them for millennia. 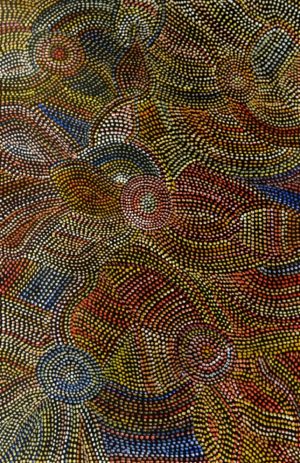 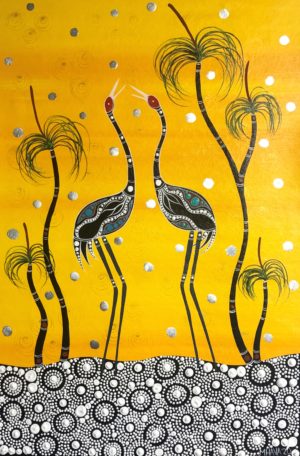 Melanie Hava / Under The Grasstree (1A) 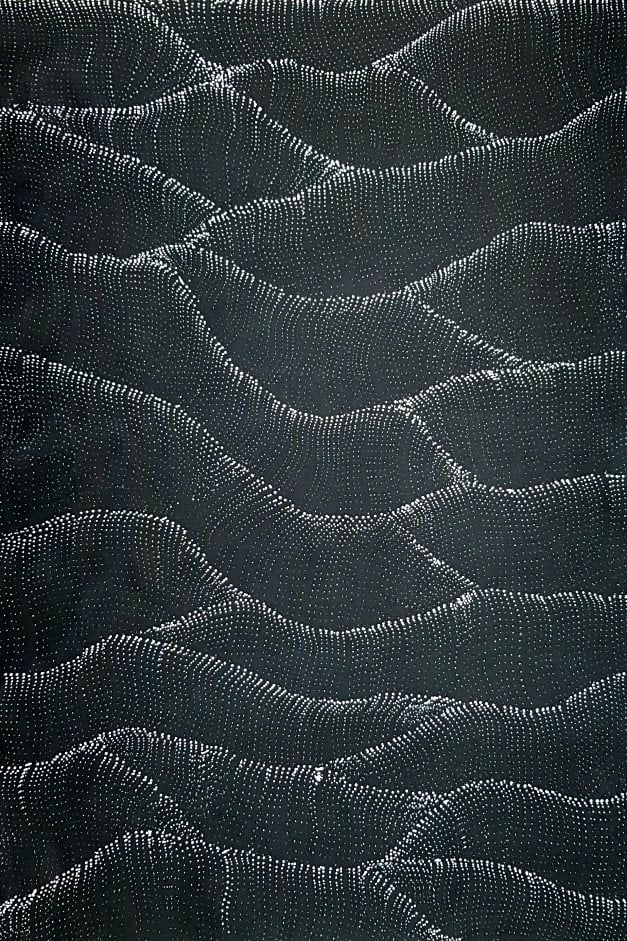