Edward (Eddie) Blitner was born in southern Arnhemland in 1961. His bush name is Taiita. In the early years he lived at Ngukurr Community on the Roper River in the Northern Territory. Later he attended school at Concordia College in Adelaide until the age of sixteen. When he returned to the north as a young man he worked as a stockman and general hand on Victoria River Downs. He was at the Gurrinji walkout when he was a youth, and mixed with all of the language groups who populate the northern country from Roper River to Kununurra.

Eddie commenced painting when he was seven – from a very early age, he used to watch his grandfathers, Fred, Gerry and Donald, and the other Elders who taught him to blend ochre, apply the paint, carve, and passed on to him the stories of the work they were doing. Other members of his clan (Barbil) taught him how to make flint spear heads, traditional hunting boomerangs and most importantly how to hunt, fish, find bush tucker and make bush medicine to survive.

Now a high profile contemporary artist, Eddie frequently works with children and young men, teaching them all his skills. He travels widely and is always willing to impart his knowledge. He has devoted many hours helping underprivileged children to learn what his Elders taught him.

Eddie is from Naiyalrindji country on the Roper River, 270 km south-east of Katherine in the Northern Territory.  It is now called the Yugul Mangl Community. Many good painters have emerged from that community and are represented in most major Australian and overseas galleries. His family are renowned artists and carvers. He is a great didgeridoo maker and his fine large bird carvings (some standing two meters high) are breathtaking.

Eddie paints the mimi rock spirit figures of his country, always with an accompanying story/theme and very often incorporating totems, bush tucker, animals in X-Ray style, men’s hunting/fishing and corroboree themes.  He is meticulous in method and fastidious in style.

Story behind the Artwork

You will love the story behind this handsome painting. Mimis are the tiny, match-thin spirits which Aborigines believe have lived in the escarpments since the beginning of time, and are still living there today.

Eddie paints the mimi rock spirit figures of his country, always with an accompanying story/theme and very often incorporating totems, bush tucker, animals in X-Ray style, men’s hunting/fishing and corroboree themes. He is meticulous in method and fastidious in style.

In the Dreamtime they taught many skills, including hunting, weaving, fishing, painting on rock and on bark, ceremonial songs and dances to old medicine men (marrkidjbu), who in turn passed their knowledge on to the elders of the tribe so that they could teach other chosen men.

Without a written language, painting was the only way in which the history and religion of the tribe could be passed down. It was the way of ensuring that future generations would know of the deeds of the Ancestral Beings who walked the earth in the beginning of time.

Mimis are so shy that they hide within huge boulders all day long and only come out at night by blowing holes in the rocks and emerging with their weapons and pets – goannas, bandicoots, echidnas, kangaroos, rock wallabies, porcupines, butterflies, birds, turtles, crocodiles and small rock pythons (to mention just a few) which live in the rocks with them. The only time they really get angry is when an intruder kills or injures one of their pets.

They are not against any other of these species being killed for food, but they become extremely upset if one of their own pets is harmed. All night long the Mimis hunt and fish and hold ceremonies, then at dawn they go back into their homes and pull the rock doors shut after them. Aborigines respect the wishes of Mimi Spirits to have complete privacy, and are careful to stay well away from the escarpments at night. 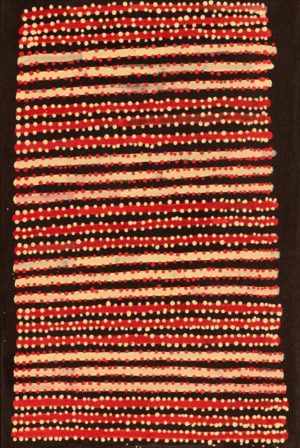 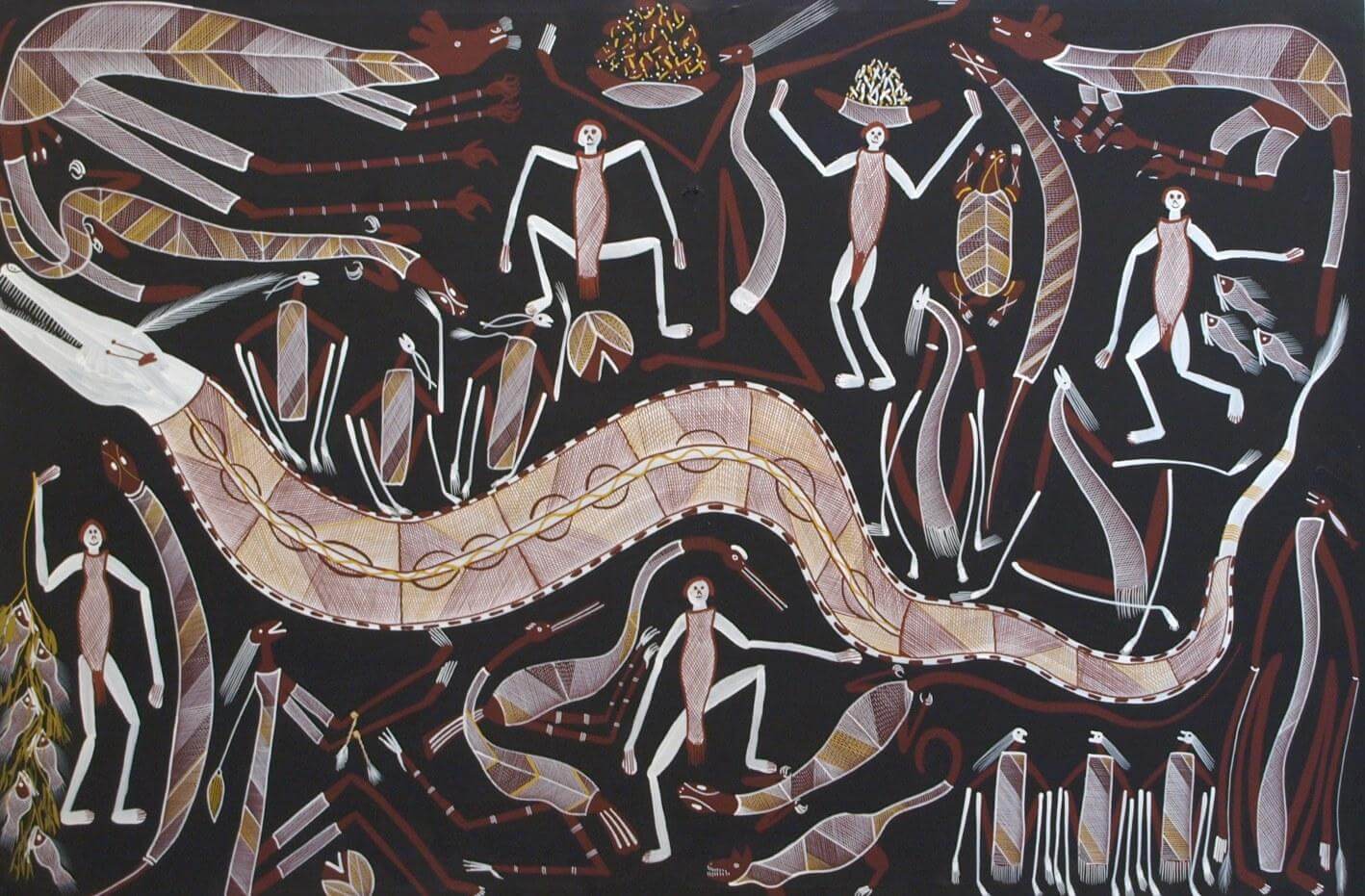