George was born circa 1945 near the site of Lararra, east of Tjuukurla in Western Australia.   George shares the same father as Internationally renowned artists Yala Yala Gibbs and Willy Tjungarrayi. Like many of his contemporaries, George first made contact with Europeans via a welfare patrol led by Jeremy Long and Nosepeg Tjupurrula – this was said to be at a rockhole site south of Kiwirrkura. After moving to Papunya he worked as a fencer and a butcher in the Papunya kitchen.  He began painting for Papunya Tula Artists in about 1976.

His ancestral country covers the sites around Wala Wala, Kiwirrkura, Lake Mackay, Kulkuta, Karku, Ngaluwinyamana and Kilpinya to the north-west of Kintore across the West Australian border. George paints the Tingari stories for this region. Tingari Cycle refers to ancient stories of the ancestral Tingari People who travelled the land during mythological times.

One of George’s most important achievements is winning the prestigious 2004 Wynne Landscape Prize at the Gallery of New South Wales for his topographical depiction of the Western Desert. He has also exhibited in many galleries throughout the past decade and his works are held in major collections worldwide. 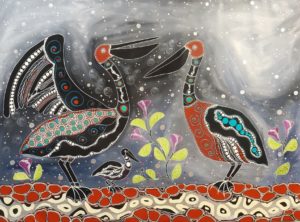 Melanie Hava / Pelicans at the Beach (1A) 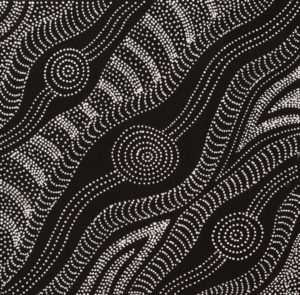 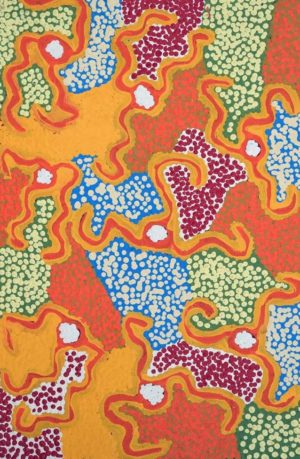 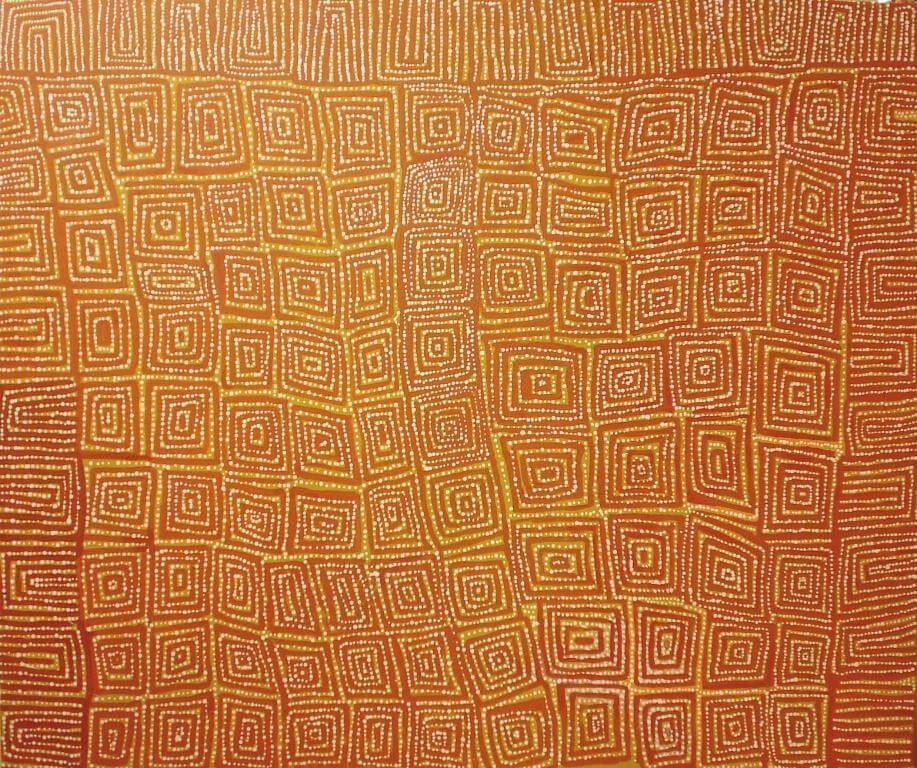