Greeny Purvis Petyarre was a tribal elder and ceremonial leader who lived at Boundary Bore, Utopia with his wife Kathleen and four daughters, all of whom are talented artists. His cousins are well known artists Gloria Tamerre Petyarre and Lindsay Bird, and his aunt was the late Emily Kame Kngwarreye, one of Australia’s most famous artists.  In May 2010 Australia lost an aboriginal legend when Greeny passed away peacefully, aged approx. 80 years.
Greeny was a very spiritual painter with a great understanding and love of his country.  His painting content included Yam Dreaming, Emu Dreaming and Body Paint.  A series of works titled “An Enriched Country” was painted by Greeny in collaboration with his Aunt Emily.  Greeny executed the iconography of the root systems of bush tucker, whilst Emily painted the wildflowers that bloom profusely after the rain.  It has been said that the dreaming stories around which Emily based some of her works actually belong to Greeny.  The stories were shared between the artists because they were indicative of the country of their birth.   Greeny, being the oldest male from the region, owned these stories, but gave permission to Emily to paint them.
Greeny Purvis Petyarre paintings are highly sort after by collectors and galleries throughout the world.  It is widely recognised that his paintings appear to reflect his unpretentious personality – quietly unassuming but with that feeling of endurance and respect.  In 1996 a large linear striped panel titled “Plum Root Dreaming” was purchased by The Art Gallery of South Australia where it can still be viewed today. 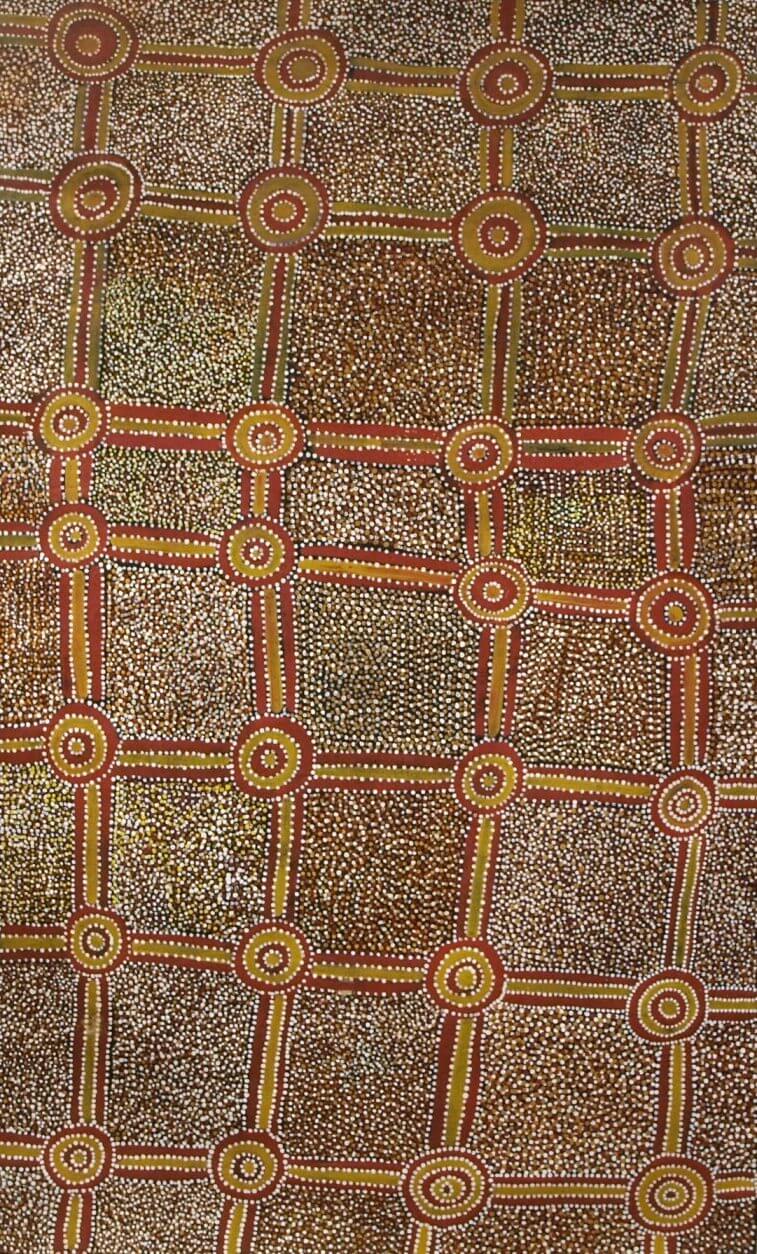