Jack Dale Mengenen was a Ngarinyin senior lawman, born in the bush on Mount House Station (via Derby), Far North Western Australia in c.1922. Jack was “custodian” of the traditional culture, stories, and beliefs of his Ngarinyin people, who inhabited the King Leopold Ranges of the Kimberley region of Western Australia. By the time he passed away peacefully in 2013 he was one of the most important Indigenous artists of the Kimberley region.

Jack was Kimberley history personified. His mother, Moddera, was an indigenous woman traditional to the Komaduwah clan that falls within the Mount House pastoral lease. Jack’s father, who died when Jack was a small boy, was a hard-living frontiersman who reputedly died (unlamented) as violently as he lived.

After a lifetime as a stockman, retirement sat heavily on Jack so he started to document his own rich cultural history and significant historical events in the Kimberley through his paintings.

There are no records of his birth. He was born at a time when it was common to kill the babies of indigenous women who were fathered by white men, either by the orders of the father, or by senior members of the mother’s clan concerned about possible disruption to tradition and social order in the future. It is uncertain why Jack’s life was spared. Following the death of his father, he grew up in the bush with his mother’s father, learning about traditional law and the ways of the hunter-gatherer, with a constant threat of being abducted by police and placed in an institution.

For most of his life Jack worked as a stockman and was greatly revered amongst old stockmen as a skilled, tough uncompromising man who was never thrown from a horse or beaten by a beast.

Melbourne natural history photographer, artist and entrepreneur, Neil McLeod visited Jack Dale during the late 1980’s at the suggestion of David Mowaljarlai and anthropologist Kevin Shaw. Ten years later, in 1997, re-introduced by Shaw, McLeod asked Dale if he would consider painting. The old man, by now in his 70’s was excited that someone had come to him at last to record his knowledge and traditions. McLeod supplied the materials and encouraged Dale to begin painting. As one of the last, dwindling, generation of old men who possessed a complete knowledge of the rituals, law and culture of his people Jack Dale had become a vital link to the past.

“When us old fellas pass away our history and stories will be in my paintings” – Jack Dale, 2007

Wandjinas are the most powerful spirit ancestors in the Kimberley. They are the life-force; all children are born from Wungud which was created by Wandjina. These Wandjinas are painted in rock shelters at Iondra in the Komaduwah Clan estate. They are our evidence in this land and for my land title. They are proof of ownership to my land. I footwalked this country plenty of times. This is a proper dreaming place. “Guidia” white man got bible stories and we have our Wandjina.

Wandjinas are the most powerful spirit ancestors in the Kimberley. They are the life-force; all children are born from Wungud which was created by Wandjina. These Wandjinas are painted in rock shelters at Iondra in the Komaduwah Clan estate. They are our evidence in this land and for my land title. They are proof of ownership to my land. I footwalked this country plenty of times. This is a proper dreaming place. “Guidia” white man got bible stories and we have our Wandjina. 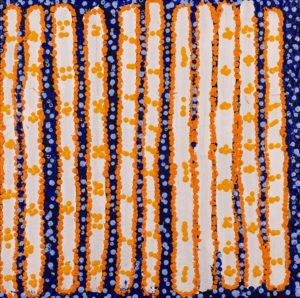 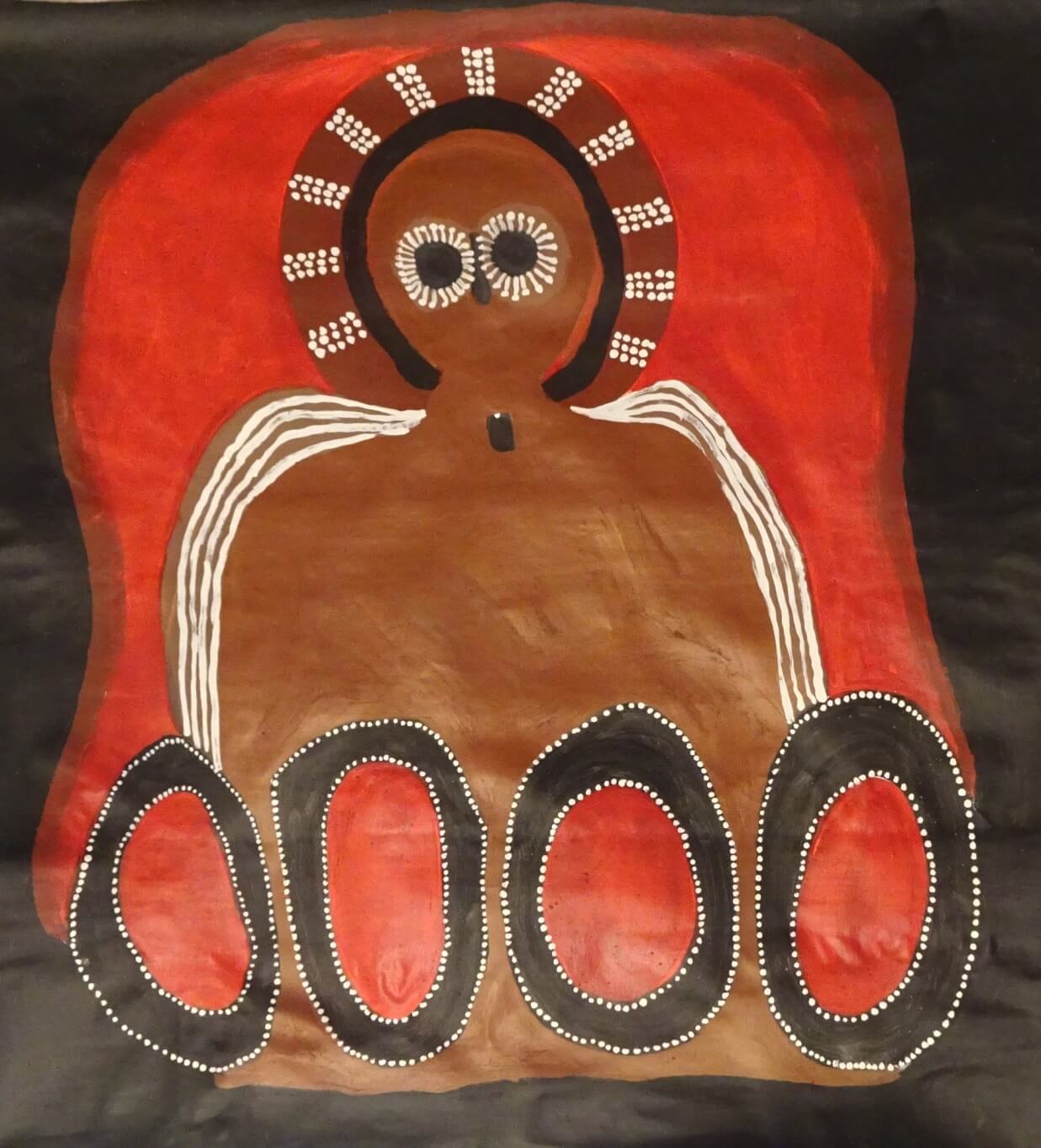