Jock was born on Nicholson Station bordering on desert country and situated over the Northern Territory border from Kununurra and Turkey Creek (East Kimberley) where he lived for many years with his wife and family. He spent his working life based at Nicholson, and like other stockmen of his day, mustered on surrounding stations – the best of his profession were valued and the station owners provided them with as much work as they wished as mustering time varied throughout the region.

With no formal education, Jock avidly participated in important cultural and business matters in his country. He was Chairperson of the influential Wunun Regional Council and was a leading figure in Aboriginal Affairs in the Kimberley – everyone knew Jock! He was of the Jaru tribe and married Doreen, a Kitja woman from Warmun (Turkey Creek). Jock met Doreen when she was at school in Halls Creek – Doreen was fortunate to have the schooling Jock missed.

He worked for Len Hill at Nicholson – a “real top man” – who taught him how to drive cars, pull bores, fencing, operate machinery, and eventually Jock became head stockman. He worked at Nicholson until it was sold to Janet Holmes a’Court. Before he was 20, Jock was offered a lucrative contract on the Australian Rodeo Circuit, however declined and remained a stockman for many years.

He and Doreen had six boys and two girls and ‘over forty’ grandchildren – he always said with pride in his voice. He was a real family man and his children are the same, remaining a tight-knit and caring family group.

Jock’s family community is Ngling Anjaru (Cattle Creek) via Halls Creek and which he was very proud of. He often advised on contract musters in the late 1990’s and early 2000’s when mustering changed – it’s now aerial survey which requires fewer ringers and stockmen, but Jock progressed with the times and handled everything he does very well ~ including his painting!

Jock’s artworks are included in National Gallery of Australia and prominent corporate and private collections worldwide. Due to his popularity he rarely exhibited in Group Exhibitions however as a testament to his talent as an artist, he had three sell out solo exhibitions – 2005 and 2010, Jock Mosquito, Art Mob, Hobart, Tasmania and 2006 Jock Mosquito, Japingka Gallery, Fremantle, Western Australia.

Jock passed away after a long illness in early 2017. As well as being a senior Jaru Elder and well known Indigenous aritst, Jock was a real Kimberley character who will always be remembered fondly. 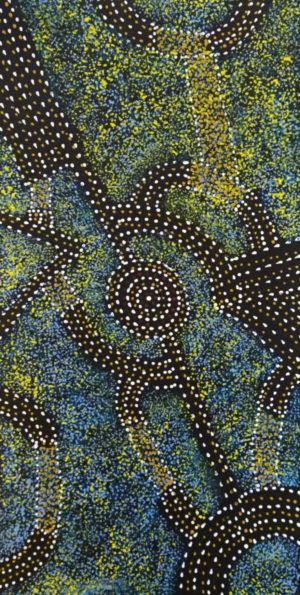 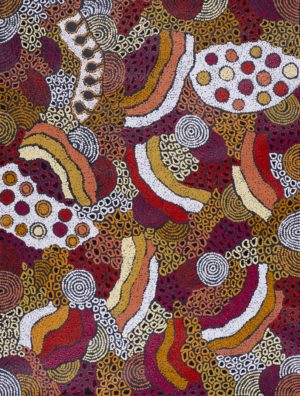 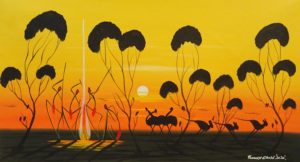 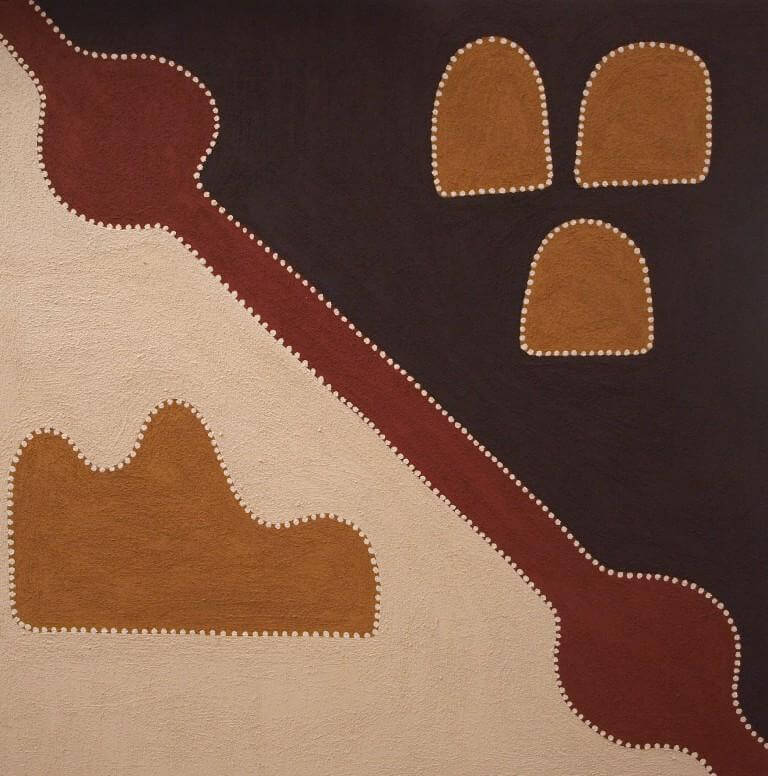