Kevin was born at Wyndham in 1954 and lived most of his life at Kalumburu. Kevin and his wife Bernadette had seven children, the three eldest (Cassandra, Melissa and Lawrence) showing the talent of their father. Bernadette is also very well known for her artefacts – her bush buckets made from moulded bark are collectors’ items.

Kevin visited Kununurra regularly to paint “in house” at the gallery plus he never missed coming down for the Melbourne Cup and Christmas Shopping with his wife. He travelled extensively throughout Australia and Overseas – including leading a contingent of indigenous people to Rome to visit the Vatican. When asked why he was chosen as the leader, he laughingly replied “Because if we got lost, I’m the only one cheeky enough to ask the way home”. Kevin was delightful company – he described the Colosseum as “much smaller than I expected”, then went on to compare it with an Australian Rules Football oval – he paced out the Colosseum and knew exactly how many paces that equalled as to the Football oval.

Kalumburu is a beautiful spot on the coast in the far north of the East Kimberley – famous for fishing, mudcrabs and oysters. Kevin spent many years in charge of the radio station at Kalumburu broadcasting to the Kimberley and Pilbira region, and very often on Monday right around Australia – all via Satellite ex Broome. He was articulate and had a wonderful depth of knowledge of his culture and stories of his paintings and was always very willing to share this.

Kevin’s preferred medium was ochre on canvas or bark, and his paintings depict the Bradshaw (Gwion Gwion) rock art which is prolific in his country (Kwini area), combined with the Wallarwhroo, a white figure similar to but very different from the Wandjina figures, in that the Wandjina represents the Rain God – Kevin’s Wallarwhroo directs the hunters as to the best and “allowable” places for hunting and fishing – the hands in his paintings represent the places where his people are not allowed to go. The people bring the Wallarwhroo gifts in return for his direction. The country in Kevin’s paintings of Bradshaw Art is from Oombulgurri to Kalumburu, including King George Sound. The Wandjina Country is from the Prince Regent area south to Mowanjum. Kevin was very precise about these boundaries.

Kevin was one of the best known Gwion Grwion rock art artists. He exhibited widely and his works are held in major private and corporate collections worldwide. Due to his in-depth knowledge of the Art (one of the most fascinating of the rock art styles), he was often interviewed and consulted by the media and experts in this field.

In 2016 Kevin passed away after a short battle with cancer surrounded by family in his beloved Kalumburu. He was an amazing man who made friends easily, he loved to laugh and was very respectful of everyone he met. A larger than life character, he will be sadly missed by us all.

This is Gwion Gwion Rock Art painting in the country of the Kwini area where I live. The old people pass down the stories to us about our people respecting the Gwion God and his son, who give us directions to the good hunting grounds. This art is full of movement and happiness – so long as everyone does the right thing, we will live in harmony, and have good food and good luck.

This is Gwion Gwion Rock Art painting in the country of the Kwini area where I live. The old people pass down the stories to us about our people respecting the Gwion God and his son, who give us directions to the good hunting grounds. This art is full of movement and happiness – so long as everyone does the right thing, we will live in harmony, and have good food and good luck. 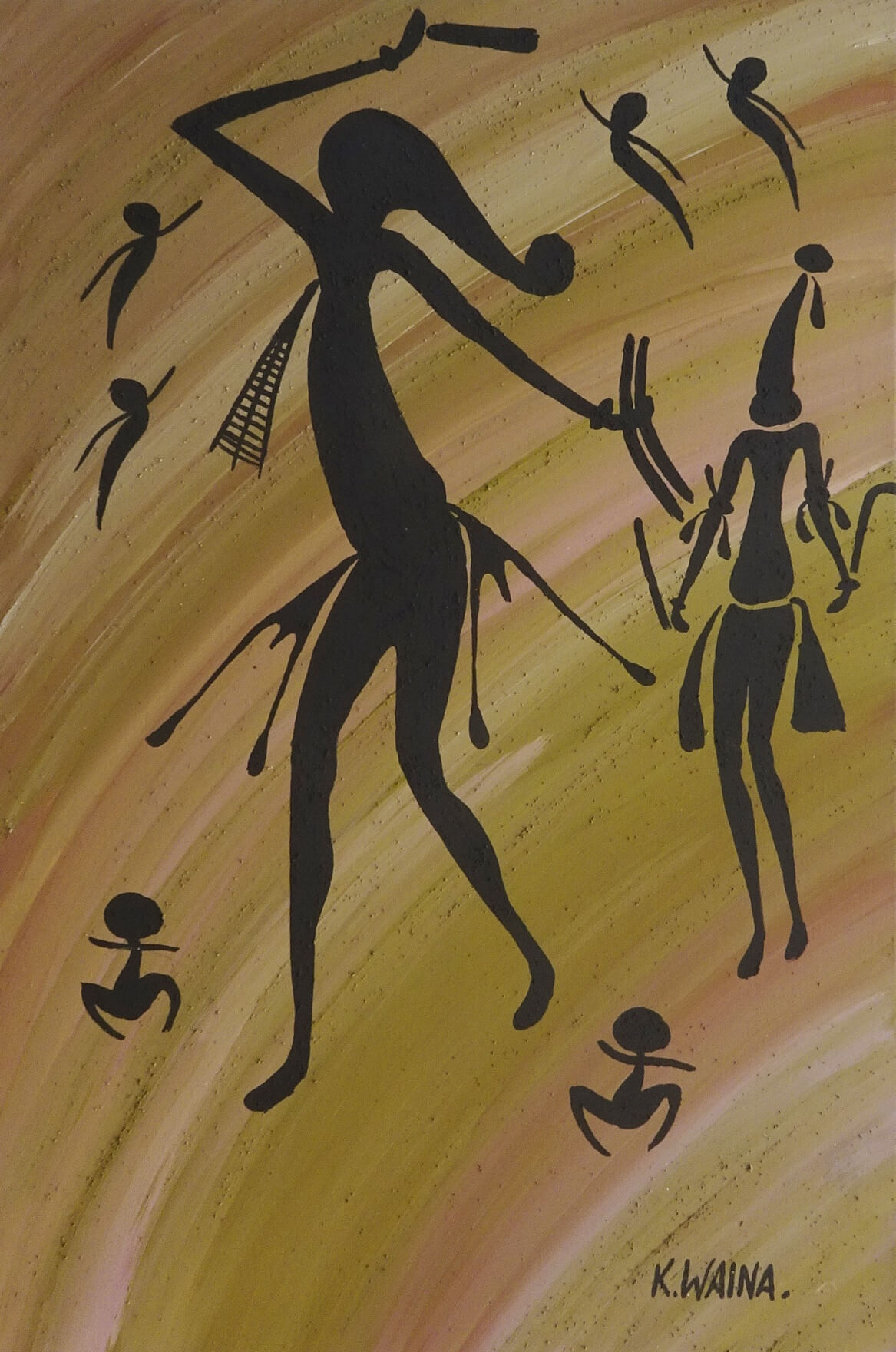