As well as being a senior artist, Kurun Warun is an Internationally acclaimed didgeridoo player, having played around the world and being featured on the Oprah Winfrey Show filmed at the Sydney Opera House. In this artwork, he combines his talents, painting his beloved “Yidaki” – Didgeridoo, on canvas.

Kurun Warun (Hissing Swan) is from Gunditjmara country in South Western Victoria. Guditjmara country is bordered by the Hopkins River to the east, the Southern Ocean to the south, Mt Dundas and Mortlake in the north and the Glenelg River in the west.  Kurun’s matrilineal heritage can be traced directly to Truganini, the last living Tasmanian Queen. He is a dedicated painter who was initially tutored and encouraged by his mother, also an artist who was a student of three time Archibald Prize winner, Clifton Pugh.

Kurun first exhibited his works at the very young age of eight and sees his work as traditional Aboriginal stories presented in contemporary form. All of his works have a traditional significance and incorporate certain symbols used with the permission of Guditjmara Tribal elders.  The surface narrative elements, known as the paintings “story” or “Dreamings” are one of the many layers of the paintings meaning.  His imagery has a deep cultural resonance that often defies simple interpretation.  While only the initiated can truly understand the significance of these works, other viewers intuitively feel the power and beauty of this spiritual resonance and enjoy the journey of discovery over time.

Kurun Warun was also leader of Aboriginal dance troupe, Toolumby Waddama who toured the world presenting their unique style of dance. Kurun’s art, dance and didgeridoo playing changed his life and broadened his horizons — he has performed in Rome, Milan and Korea and was a featured artist in Sydney for the 2000 Olympic Games.  He has appeared on NBC television in America and has demonstrated his unique didgeridoo sound for Chelsea Clinton, the daughter of former US President, Bill Clinton and more recently for Oprah Winfrey at the Sydney Opera House.

Kuran’s most recent exhibition was his successful solo exhibition titled ‘Stories of the Munta’ at the prestigious Coo-ee Gallery in Bondi, Sydney, 2014.

Kuran resides with his wife, two sons, and young daughter in the Noosa Hinterland region of Queensland.

As well as being a senior artist, Kurun Warun is an Internationally acclaimed didgeridoo player, having played around the world and being featured on the Oprah Winfrey Show filmed at the Sydney Opera House. In this artwork, he combines his talents, painting his beloved “Yidaki” – Didgeridoo, on canvas. 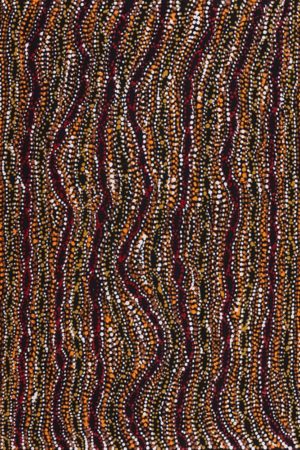 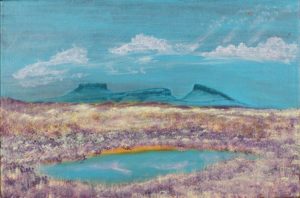 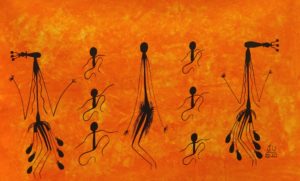 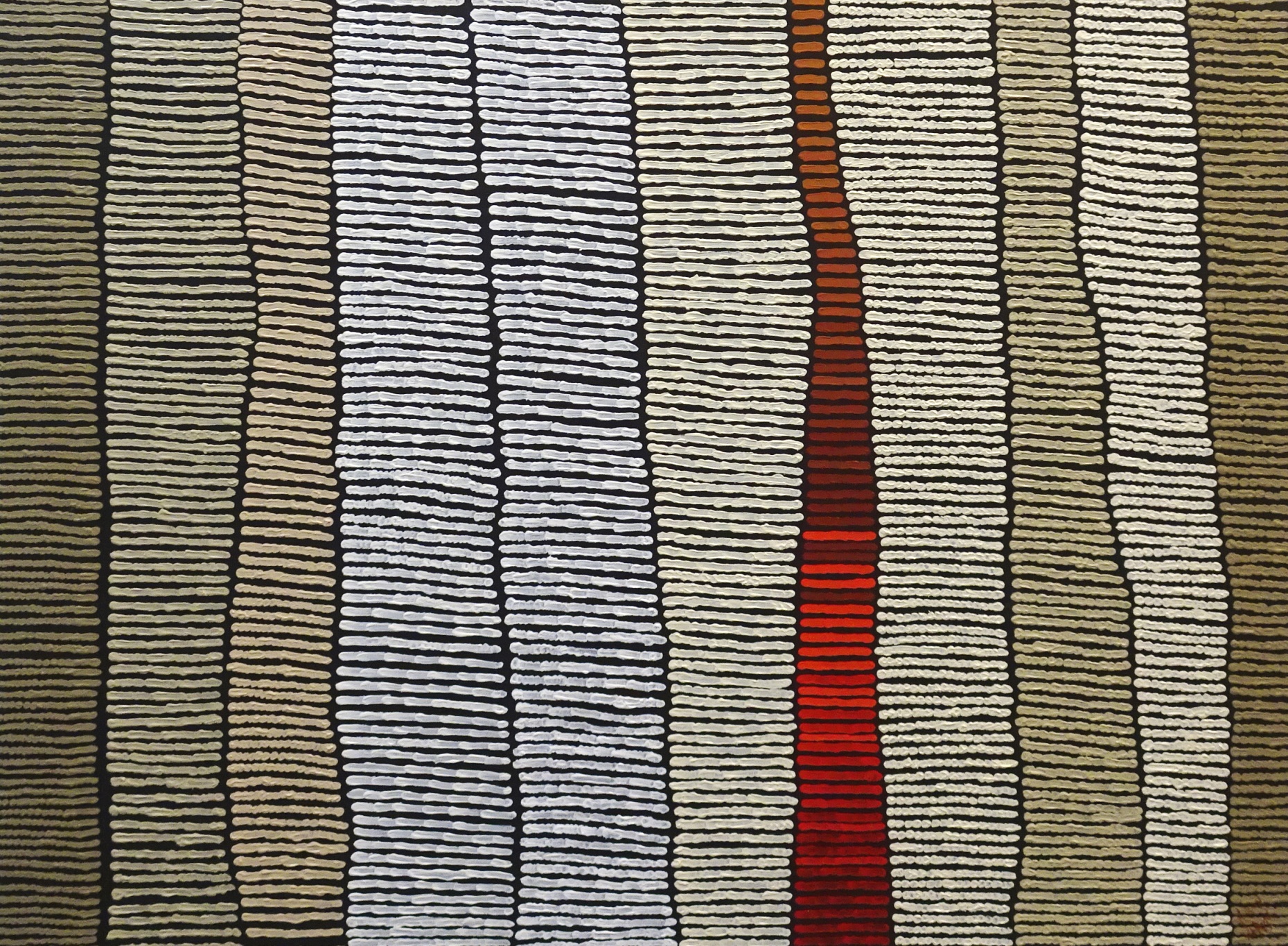