Please note that the main artwork image is ‘true’

Mabel was born c. 1933 at Five Mile, via Moola Bulla Station, East Kimberley Western Australia. She was raised in her mother’s country, Springvale Station.  The family then relocated to Bow River Station where Mabel worked as a young woman.

Mabel is a highly respected Traditional Kitja Elder and acknowledged as one of the great First Generation Ochre artists.  She began painting in the mid 1980’s along with the late Queenie McKenzie and Madigan Thomas.  Rover Thomas and Jack Britten (both deceased) were already attracting attention with their depictions of the country in ochre, and the women quickly followed, with in-depth Traditional Ngarrangkarni (Dreamtime) stories to explain their artworks.  Queenie, Mabel and Madigan are renowned strong women, always workers, great organisers and teachers of culture to the young Kitja women.

The content of Mabel’s paintings centres on Springvale (Darrajayn), as does the works of her brother International Artist Rusty Peters.

Mabel has participated in many Exhibitions and was included in the prestigious Australian Heritage Commission Art Award in 1994. In 1995 she was part of the exhibition ‘Paintings by Warmun Women’ in Canberra.

Mabel’s birthplace, “Durrajine” is the setting, known to most people in the East Kimberley as the huge Springvale Cattle Station. Mabel states that Bullock Hole, on the Durrajine River is a good fishing and bush tucker place, seen here where it narrows and flows between Larralarring Hill (left) and Goondariny Hill.

Mabel’s birthplace, “Durrajine” is the setting, known to most people in the East Kimberley as the huge Springvale Cattle Station. Mabel states that Bullock Hole, on the Durrajine River is a good fishing and bush tucker place, seen here where it narrows and flows between Larralarring Hill (left) and Goondariny Hill. 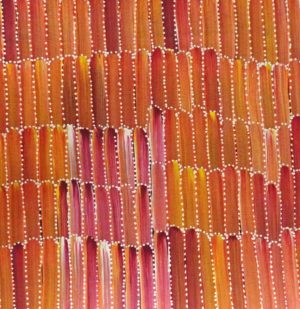 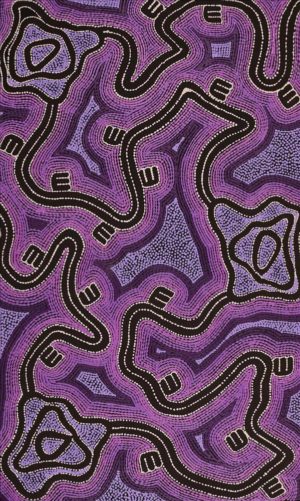 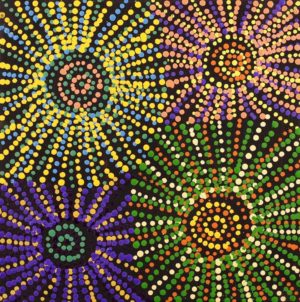 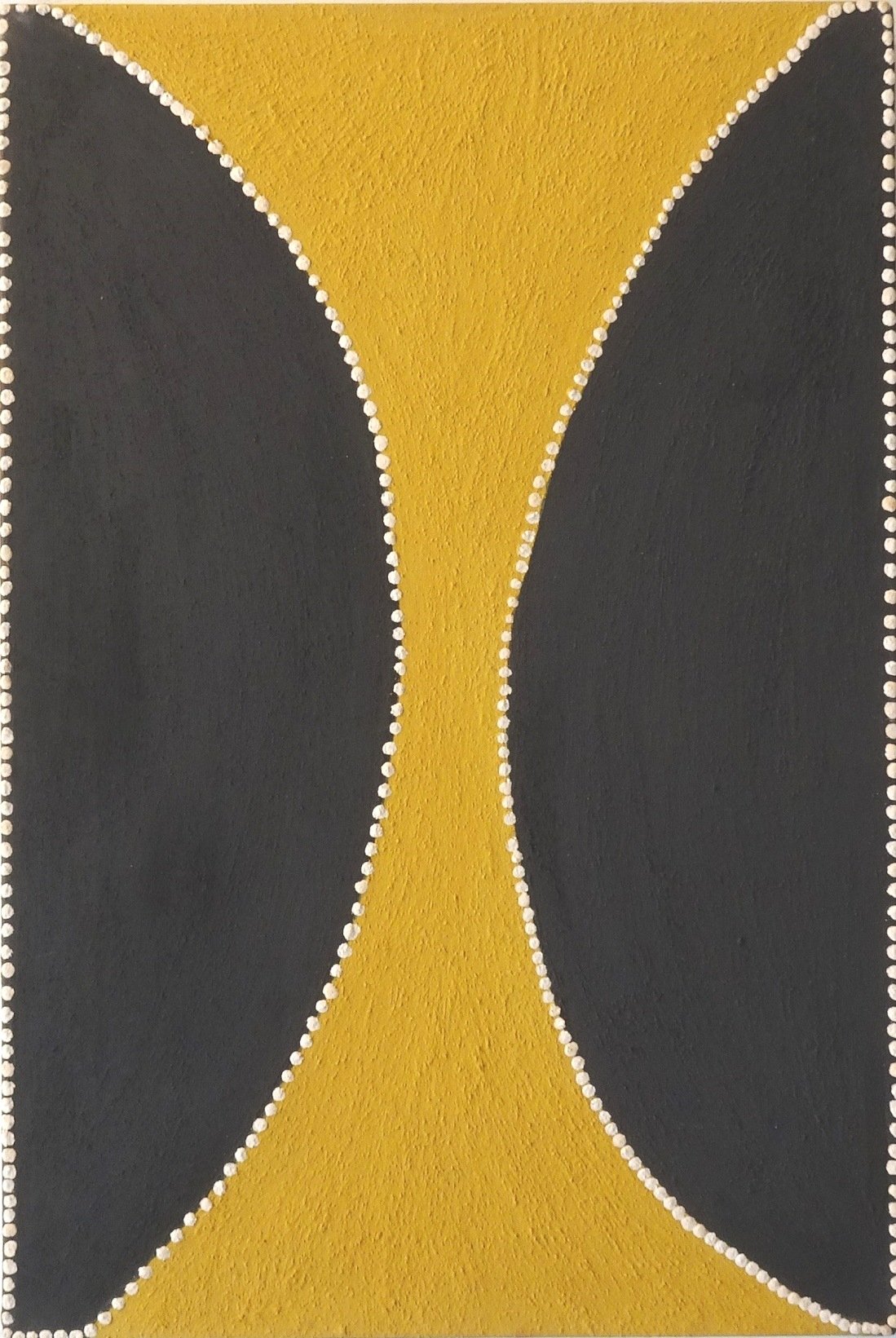