Paddy Carlton was one of the most famous painters of the East Kimberley Region.  He was born on Legune Station in c. 1926 and worked, as many of the painters in this area did, on cattle stations throughout the Kimberley and Northern Territory.  Paddy took his surname from Carlton Hill Station.

Paddy was a well respected Elder of his Community and resided in Kununurra with his extended family until he passed in 2006.  He recalled his elders teaching him cave painting, storytelling and the culture he passed on to the young ones. In the last few years prior to his passing, Paddy had been teaching his family his original dot-art style, and both Maryanne and Penelope Paddy are becoming artists in their own right.

Paddy’s paintings depict the cave art of his land, and he was renowned as a specialist dot artist, always using ochre pigment.  His subject matter extended from what he saw in the caves to animals – crocodiles, snakes, and his famous trademark “Lightning Man”.  In later years he had been painting landscape – particularly his homeland and the Northern Territory country where he worked.

Paddy painted and participated in printmaking with the best of the Elder Artists – Rover Thomas, Jack Britten, Queenie McKenzie.  His paintings are included in collections World-wide.

2001
• All About Art, Alcaston Gallery, Melbourne

“This is Newry Station – dry time, when the water that should be coming down from the big hills north at Wahroonga and making waterholes everywhere has all dried up and looking salty. Used to be not much there in this country – now lots of people from all over go there to have a look (tourists). There’s a meatworks too – they fly that beef out frozen all the way to Port Keats. Not like I remember it – these days” – Paddy Carlton, 2003

“This is Newry Station – dry time, when the water that should be coming down from the big hills north at Wahroonga and making waterholes everywhere has all dried up and looking salty. Used to be not much there in this country – now lots of people from all over go there to have a look (tourists). There’s a meatworks too – they fly that beef out frozen all the way to Port Keats. Not like I remember it – these days” – Paddy Carlton, 2003 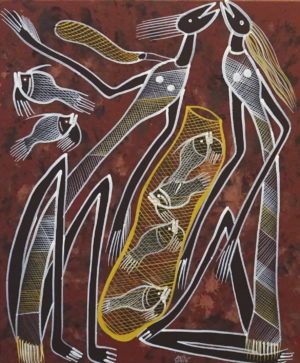 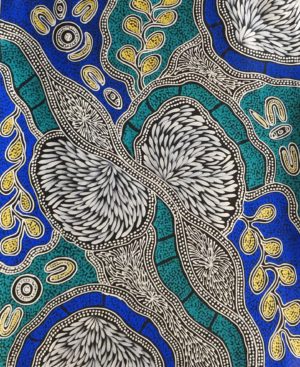 Sharon Numina Napanangka / My Country (10A) 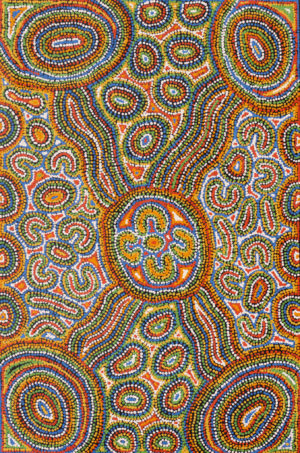 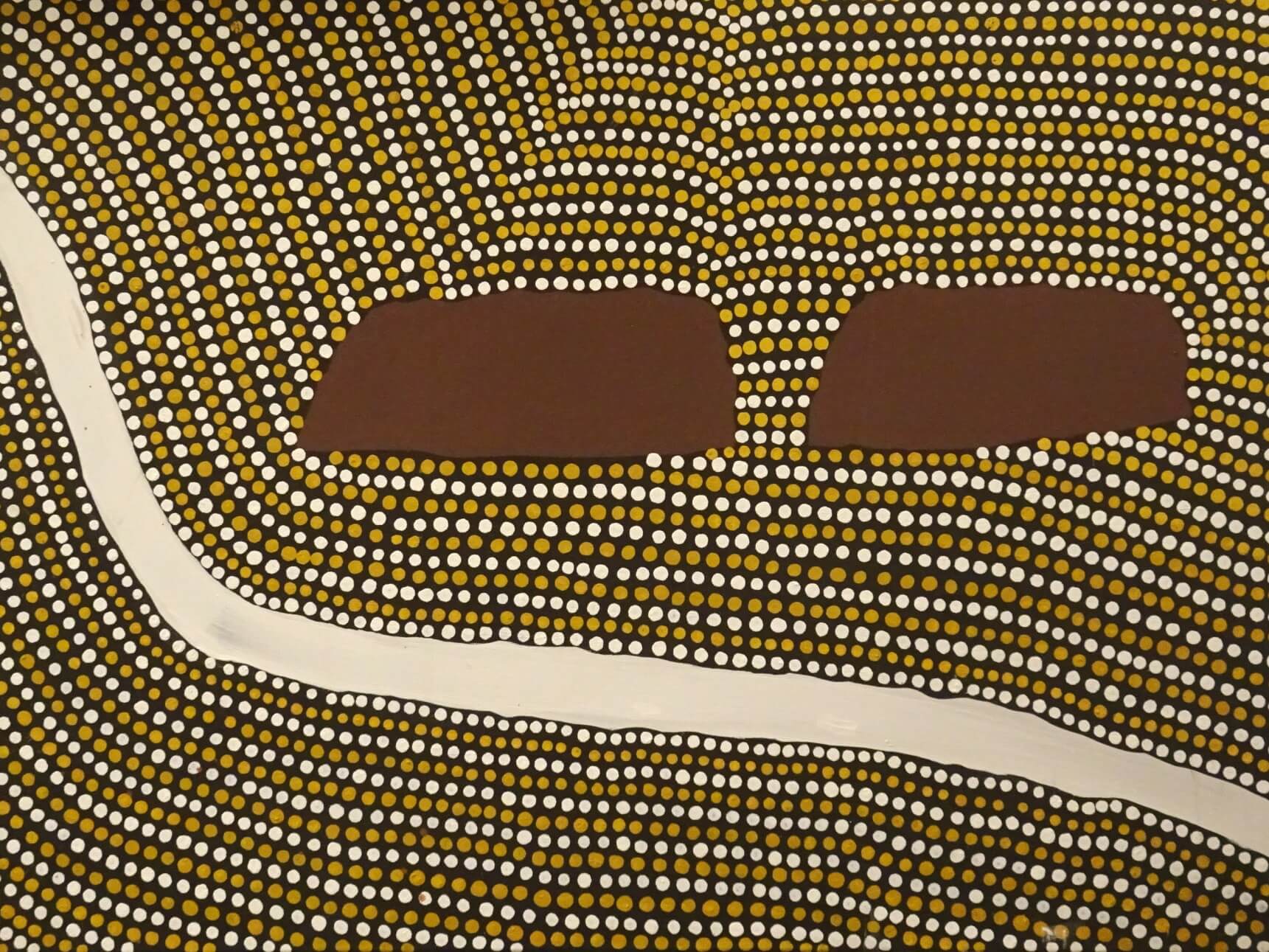