Paddy Fordham Wainburranga
Born:    c. 1932 – June 2006
Region: Southern Arnhem Land, South West Arnhem
Language:       Rembarrnga
Local Group (clan): Mirraytja
Social Affiliations: Dhuwa moiety, Gela subsection
Paddy is an elder of the Rembarrnga tribe.  As such he has worked in music, dancing and story – telling as a way of life quite apart from painting and sculpture.  He is called on frequently to participate in ceremonies all around the Northern Territory. Paddy is also called upon to take part in events of national importance to Aboriginal people.
In 1988, on the occasion of the Bicentennary of white colonisation of Australia, Paddy took a prominent part in the Aboriginal memorial, completing some 30 of the 200 hollow log coffins made to commemorate Aboriginal deaths since colonisation. He also attended the 5th Pacific Festival of Arts and Culture in Townsville as leader of the Beswick Dancers, and in the same year made a film "Too many Captain Cooks", to put forward an Aboriginal view of Australian history. Paddy's work often depicts the spirit figures of his country.
Awards
1989
• Memorial Award for Mawalan's eldest son, [Best artwork in open media] National Aboriginal Art Award, Northern Territory Museum of Arts and Sciences, Darwin
1993
• Telecom Australia Prize, $15,000 National Aboriginal Art Award, NT  Museum of Arts and Sciences, Darwin
Films
• Too many Captain Cooks (d: Penny McDonald) 1988. (C)
Selected Collections
• Artbank, Sydney
• Berndt Museum of Anthropology, University of Western Australia
• Flinders University Art Museum, Adelaide
• Museum of Victoria, Melbourne
• National Gallery of Australia, Canberra
• National Gallery of Victoria, Melbourne
• National Maritime Museum, Darling Harbour, Sydney
• The Holmes a Court Collection, Perth 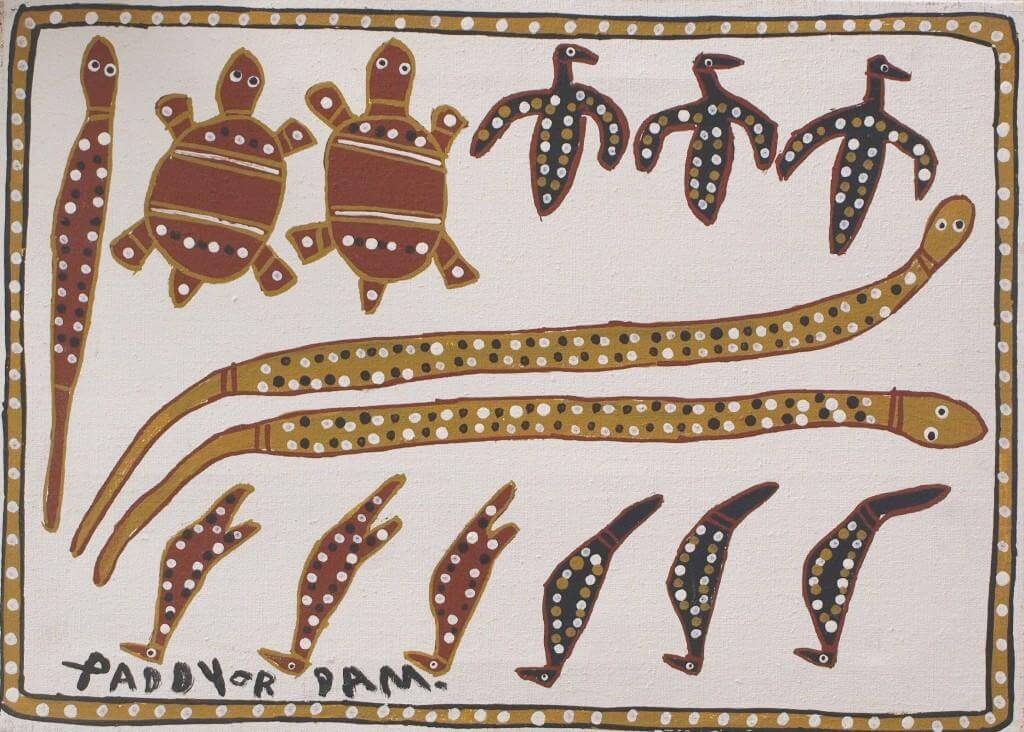