Hungry Billabong is in Peggy’s country (on the border of WA/NT), and she has painted it here. It is an important dreaming site for the big kangaroos. After many years living in Kununurra, Peggy now lives back here with her husband Alan. She says this place is still unspoilt – lots of spinifex grass and fresh water in the billabongs – the same as it was back when people went there to hunt. They used to go on hunting trips here and then on to Bubble Springs to camp before going back to work on Newry Station.

Hungry Billabong is in Peggy’s country (on the border of WA/NT), and she has painted it here. It is an important dreaming site for the big kangaroos. After many years living in Kununurra, Peggy now lives back here with her husband Alan. She says this place is still unspoilt – lots of spinifex grass and fresh water in the billabongs – the same as it was back when people went there to hunt. They used to go on hunting trips here and then on to Bubble Springs to camp before going back to work on Newry Station. 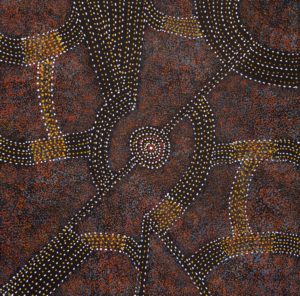 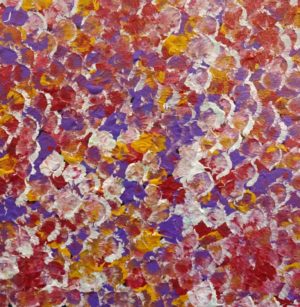 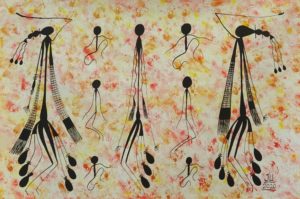 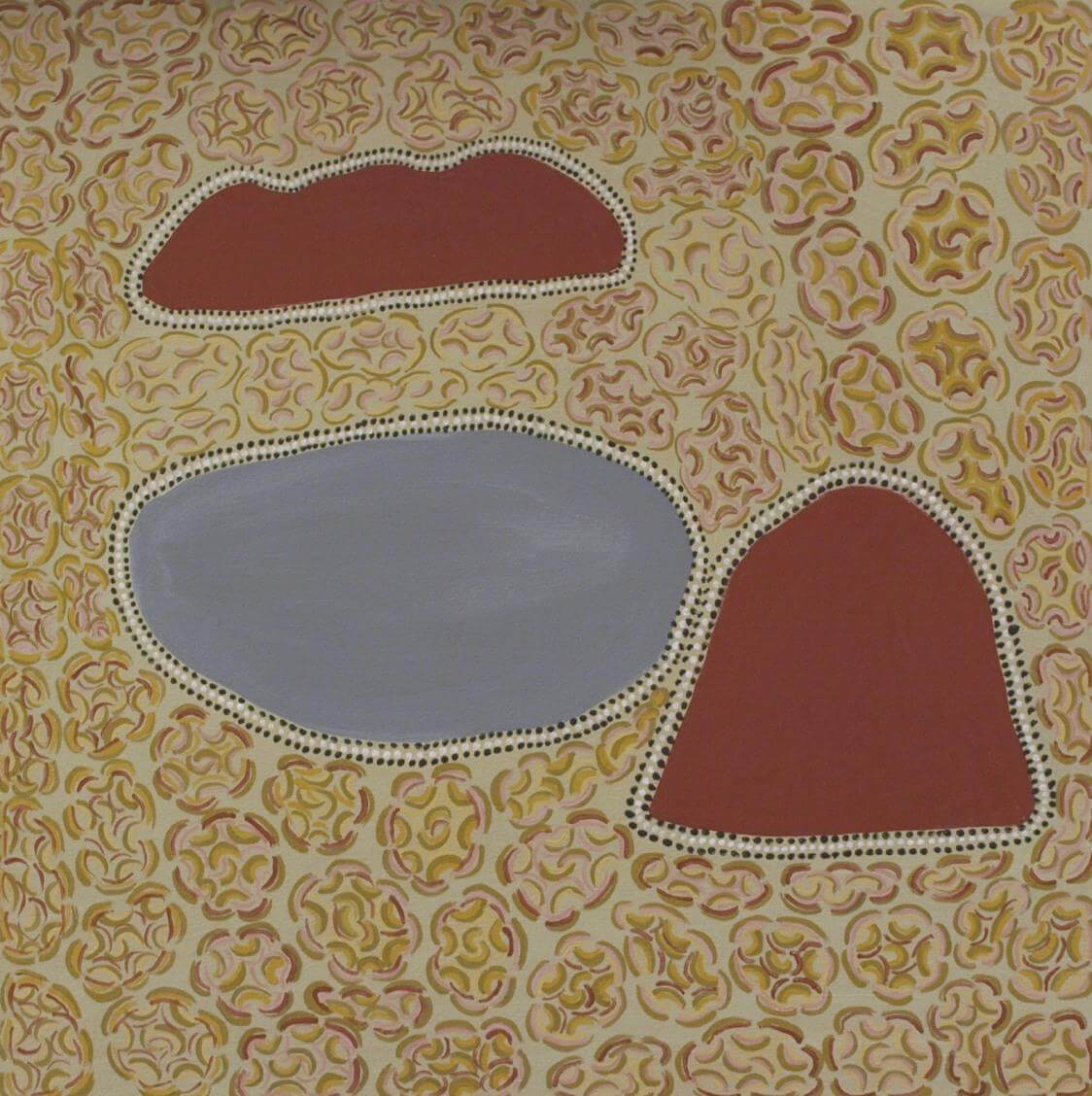