Phyllis was born at Ivanhoe Station in 1944 where her father was the station cook and her mother worked in the kitchen. She and her sister, artist Nancy Dilyai, grew up at Ivanhoe and eventually assisted their mother in the Station House with domestic duties. Phyllis was a stock-camp cook, and whilst enjoying the life looked forward to holiday time with the rest of her family at Argyle.  Phyllis and Nancy both spent a great deal of time at Argyle Station, owned by the Duracks, until it was submerged with the building of the Ord River Dam.
Phyllis has several children, two of which live in Kununurra and many grandchildren and great grandchildren who she loves to spend time with.  Phyllis and Nancy, now both senior artists and traditional owners of their land, live together in Kununurra. They didn’t begin to paint until the late 1990’s after they had finished ‘growing up’ their families. They are so alike in appearance and mannerisms, but definitely individualistic when it comes to their style of painting.
Such is Phyllis’s standing in the community as a traditional owner and senior artist, she was asked to design the logo for MG (Miriuwung Gajerrong) Corporation, the leading indigenous organisation in the East Kimberley, which was established to represent and advance the native title and community interests of the MG people, the traditional owners of the lands affected by the Ord River irrigation scheme around Kununurra, WA.
Selected Exhibitions
2011
• Christmas Exhibition, Coo-ee Aboriginal Art Gallery, Sydney
• Sharing Difference on Common Ground, Art on the Move Touring Exhibition
2010
• Christmas Exhibition, Coo-ee Aboriginal Art Gallery, Sydney
2009
• Holmes a Court Gallery, Perth
2007
• Gallery of Modern Art, Brisbane
2006
• White Australia, Indigenart, Perth

“In the hot time ants make sugar on big leaves. This sugar sits on top of that leaf and you can pick it off and eat it or dip it in your tea. Really sweet just like sugar.”

“In the hot time ants make sugar on big leaves. This sugar sits on top of that leaf and you can pick it off and eat it or dip it in your tea. Really sweet just like sugar.” 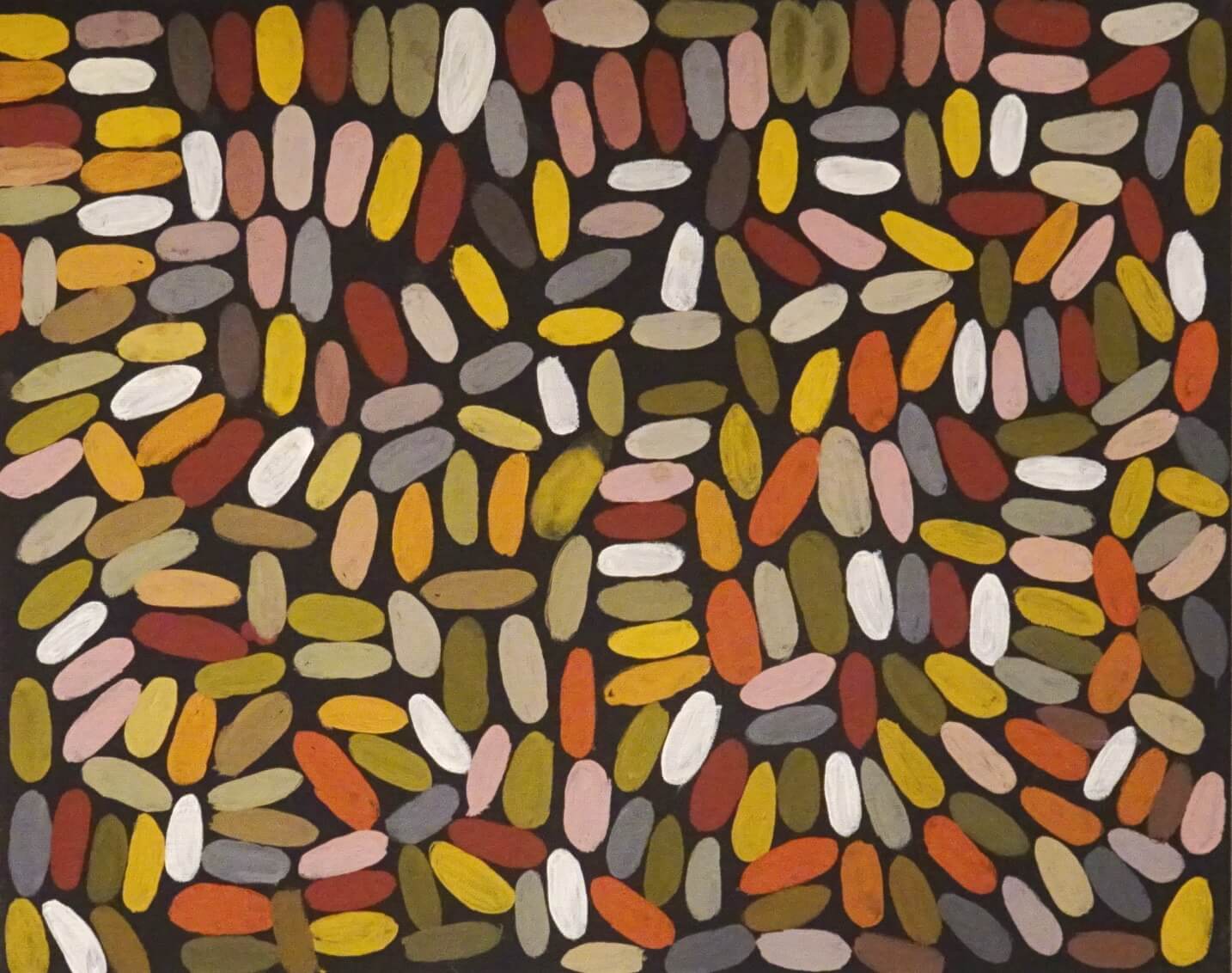