STORY BEHIND THE PAINTING

Mina Mina is the area or country this painting is depicting.  It is far west of Yuendumu and is very important to the Napangardi/Napanangka women.  These women and their Japangardi/Japanangka brothers, are the custodians of the Jukurrpa that created the area.  This story (Dreaming) tells of the journey of a group of women who travelled east gathering food, ngalyipi‟ (snake vine [Tinospora smilacina]) and performing ceremonies as they journeyed.
The ‘ngalyipi’ vine grows up the trunks and branches of the ‘kurrkara’ (desert oak trees. ‘Ngalyipi’ is a sacred vine to Napangardi and Napanangka women that has many uses. It can be used as a ceremonial wrap, as a strap to carry ‘parrajas’ (wooden bowls) that are laden with bush tucker and as a bandage for headaches.

The women began their travels at Mina Mina where karlangu‟ (digging sticks) emerged from the ground. Taking these tools the women travelled east creating Janyinki and other sites. Their travels took them eventually further than Warlpiri country. The women used the karlangu‟ to gather bush tucker on their travels. In contemporary Warlpiri paintings traditional iconography is used to represent the Jukurrpa, connected sites and other elements. The main theme used in paintings of these Dreaming are the karlangu‟


Sabrina was Born in 1972. She is from the region Yuendumu, about 300 km north west of Alice Springs in the Northern Territory.

Sabrina Napangardi Granites is part of a celebrated family of artists from Yuendumu, which is on the southern out skirts of the Tanami Desert in Central Australia.

She has been painting with the Warlukurangu art centre since 1997. Sabrina’s parents are renound artists Robin Japanangka Granites and Alma Nungarrayi Granites, and the granddaughter of Paddy Japaljarri Sims and Bessie Nakamarra Sims, two of the original founding artists of Warlukurlangu Artists Aboriginal Association. 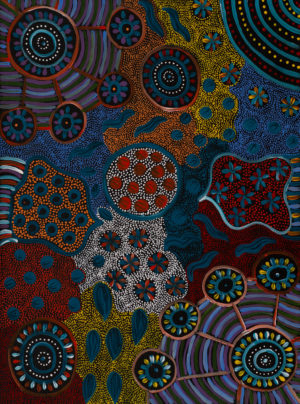 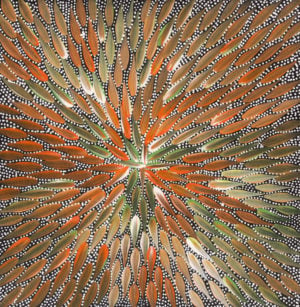 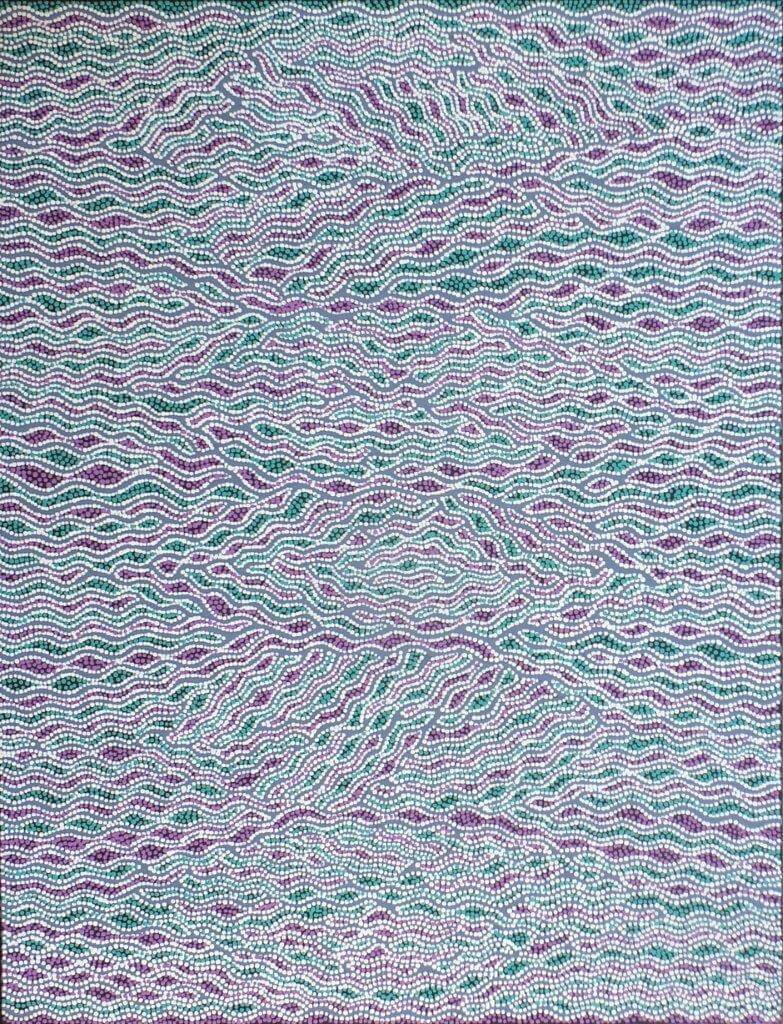