Tarisse now lives in New Zealand with her husband and paints in her home studio while looking after her daughters, Amalii and Hinatore.  At the age of 28, she is a full time artist.  She has been included in over 20 exhibitions, is represented in galleries in every Australian state, included in many high profile Australian and international art collections and been auctioned successfully through Paris’ Art Curial.  With so many accolades to her name at such a young age, Tarisse’s potential to build on an already outstanding career is more than promising.

Taking great inspiration from her travels between Darwin and Adelaide, a straight dissection through the Australian landscape, Tarisse paints the surreal and changing panorama of the salt lakes. The intense blues in this series mirror the colours on a clear day over the salt lakes and Tarisse then overlays the blue tones with soft metallic silver and pearl dots to mimic the salt crystals that crust upon the land. The clusters and lines she paints them in replicate the patterns blown into the salts by the incessant winds over the flat salt lake country. These paintings emit an ambience of purity and beauty in finding such unique splendour in the seemingly simplest of landforms.

Taking great inspiration from her travels between Darwin and Adelaide, a straight dissection through the Australian landscape, Tarisse paints the surreal and changing panorama of the salt lakes. The intense blues in this series mirror the colours on a clear day over the salt lakes and Tarisse then overlays the blue tones with soft metallic silver and pearl dots to mimic the salt crystals that crust upon the land. The clusters and lines she paints them in replicate the patterns blown into the salts by the incessant winds over the flat salt lake country. These paintings emit an ambience of purity and beauty in finding such unique splendour in the seemingly simplest of landforms. 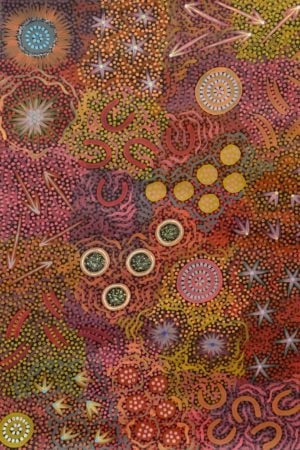 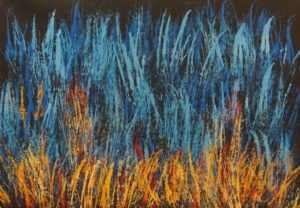 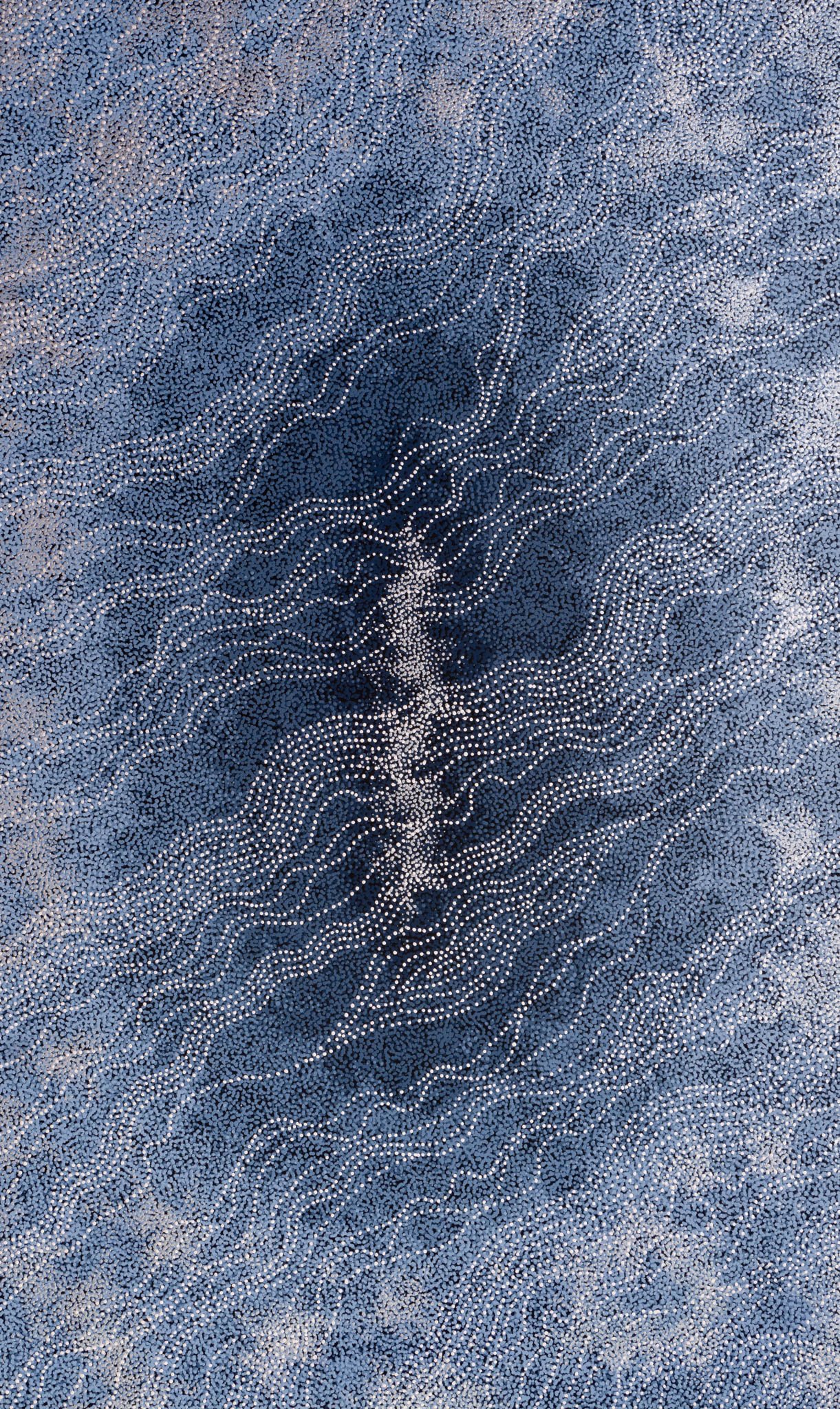