Tarisse now lives in New Zealand with her husband and paints in her home studio while looking after her children (her brood of 3 girls increased to five recently with the arrival of twins – a daughter and a son). Tarisse has been a full time artist since she was in her early twenties. She has been included in over 20 exhibitions, is represented in galleries in every Australian state, included in many high profile Australian and international art collections and been auctioned successfully through Paris’ Art Curial. With so many accolades to her name at such a young age, Tarisse’s potential to build on an already outstanding career is more than promising.

Tarisse was handed down the Earth Images style to paint by her father, William King Jungala. It is a macro view of land around the small remote town of Katherine, the area where her Gurindji tribe once inhabited. It details meandering rivers, small tributaries, active and abandoned campsites. The impact of strong colour is immediate in these artworks and the canvas is starkly broken by the dominant and contrasting lines mapping waterways cutting their way through the land. By concentrating her background dots or placing them sparingly Tarisse manages to create a 3-D effect of landscape, as if one was seeing all the formations from a bird’s eye view.

Tarisse was handed down the Earth Images style to paint by her father, William King Jungala. It is a macro view of land around the small remote town of Katherine, the area where her Gurindji tribe once inhabited. It details meandering rivers, small tributaries, active and abandoned campsites. The impact of strong colour is immediate in these artworks and the canvas is starkly broken by the dominant and contrasting lines mapping waterways cutting their way through the land. By concentrating her background dots or placing them sparingly Tarisse manages to create a 3-D effect of landscape, as if one was seeing all the formations from a bird’s eye view. 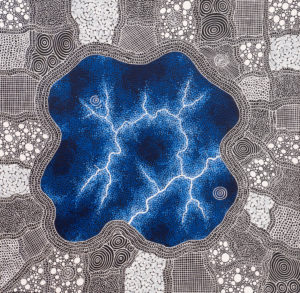 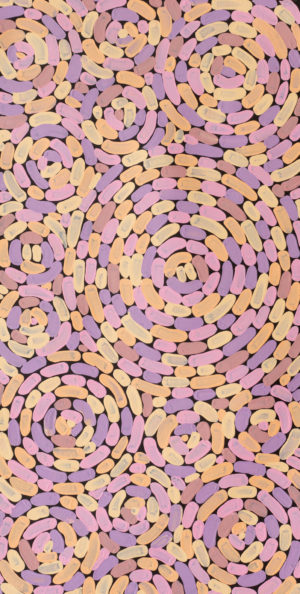 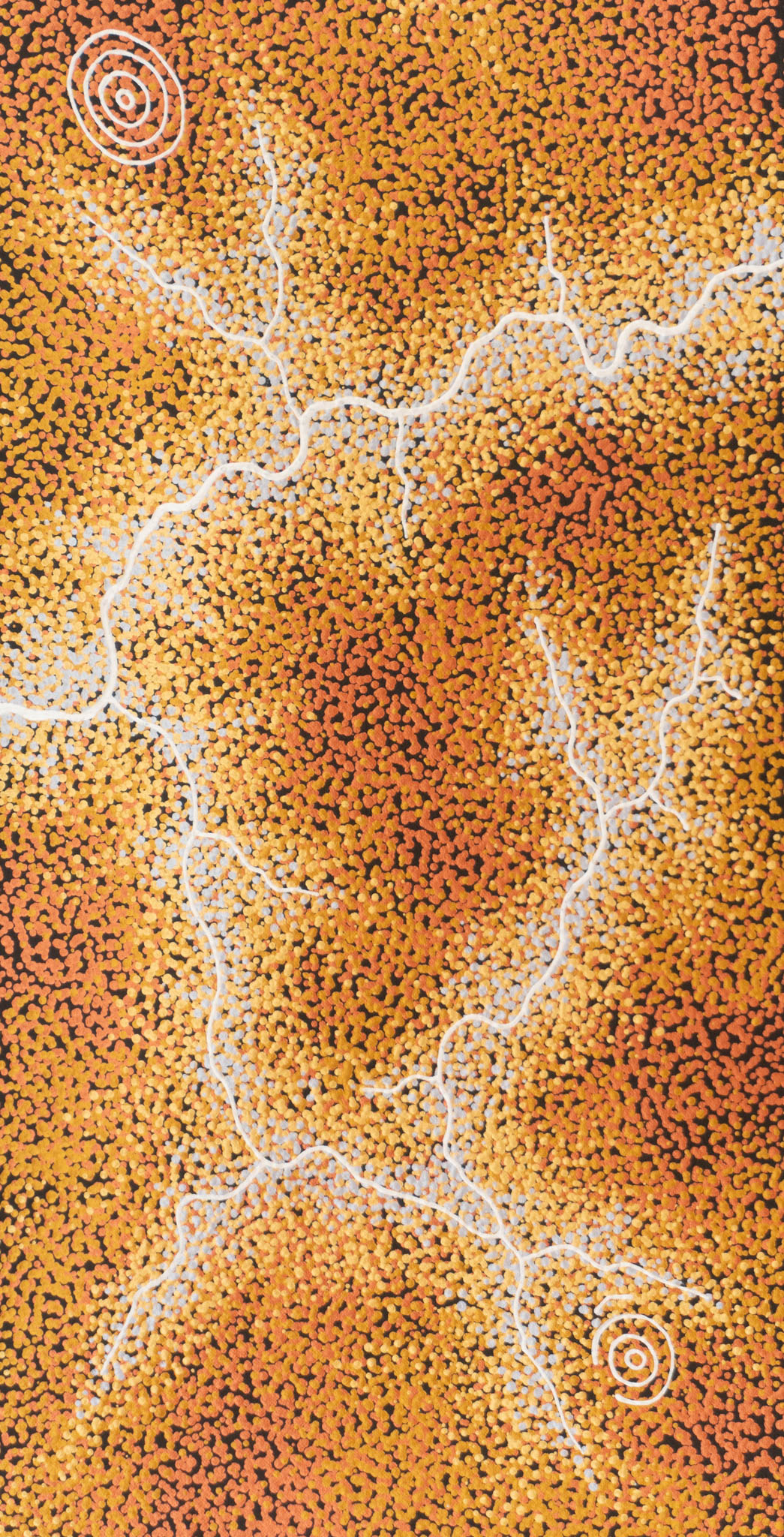