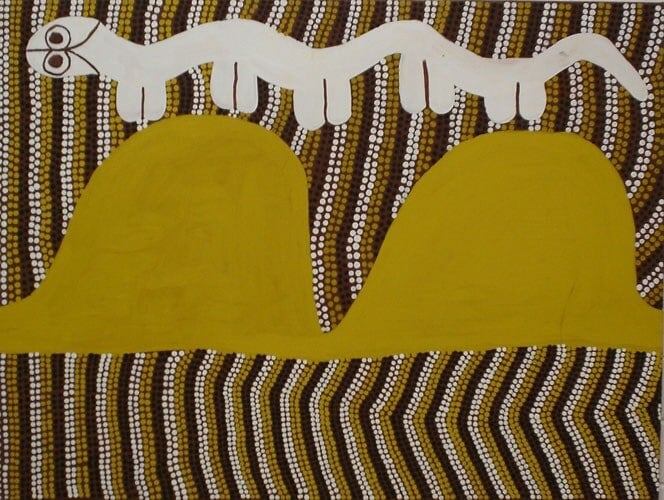 The Rainbow Serpent or Rainbow Snake is an immortal being and creating God in Aboriginal Mythology. It is a popular image in the art of Aboriginal Australia. It is the shape of a rainbow and a snake.

The connection between snake and rainbow suggests the cycle of the seasons and the significance of them and water in human life. When a rainbow is seen in the sky, it is supposed to be the Rainbow Serpent traveling from one waterhole to another.

This is meant to explain why some waterholes never dry up when drought strikes. There are countless names and stories connected with the serpent. They all illustrate the importance and dominance of its presence within Aboriginal traditions.

It is said to be the giver of life, due to its connection to water, however it can be a destructive force if enraged.

The Rainbow Serpent (Snake) has a significant role in the beliefs and culture of the Aboriginals in western Arnhem Land. Today it is associated with ceremonies about fertility.

Aboriginals in the Kimberley regions believe that the Rainbow Serpent places spirit-children throughout waterholes in which women will become impregnated if they wade in the water.

It is also connected to the abundance of food through propagation of plants and animals, as well as the governing of the community and the keeping of peace. The Rainbow Serpent is part of the philosophies of Aboriginal people in various parts of Australia, but is best known in Arnhem Land.

The Rainbow Serpent or Rainbow Snake is creator of human beings. It has life-giving powers that send conception (fertility) spirits to all the watercourses, such as billabongs, rivers, creeks and lagoons as it is in control of producing rainfall.

The Rainbow Serpent is the protector of the land, its people, and the source of all life. However, the Rainbow Serpent can also be a destructive force if it is not properly respected. In times of anger or rage it causes storms and floods to act as punishment against those who disobey the laws.

In times of the floods the Rainbow Serpent swallows and consumes people and regurgitates their bones, which turn into stone. They can also enter a man and give him the gift of magical powers, or leave ‘little rainbows’, their progeny, within his body which will make him ail and die.

The Rainbow Serpent is the considered the regenerative and reproductive power in nature and human beings and is therefore the main character in the region’s major ceremonies.

The Rainbow Serpent or Snake is portrayed as a long mythical creature made of different parts of animals such as a kangaroo’s head, crocodile’s tail with a huge snake body. 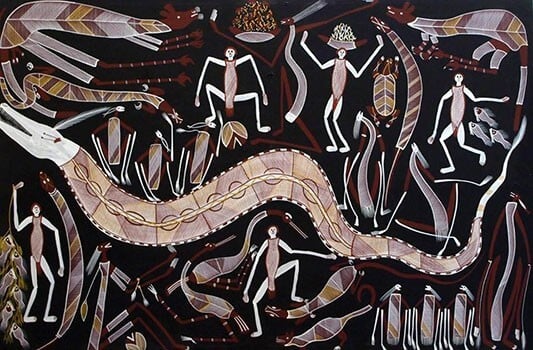 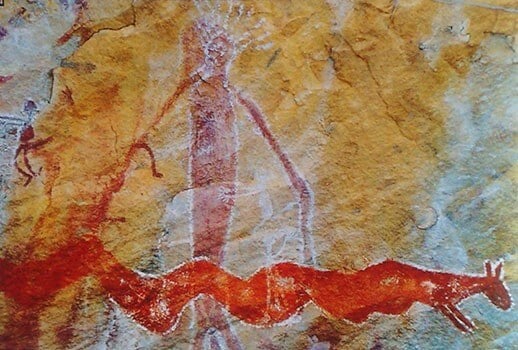 The most popular rendition of the Rainbow Serpent story states that in the Dreaming, the world was flat, barren and arctic. The Rainbow Serpent slumbered beneath the ground with all the animal tribes in her stomach awaiting their birth.

When the time came, she pushed up, shouting to the animals to awaken from their sleep. She created the sun and fire. She cast the land out, creating the mountains, valleys and hills and flooded water over the land, forming rivers, streams, billabongs and lakes.

Scientists have found that the first paintings of the Rainbow Serpent appear in Arnhem Land rock art between 6000 to 8000 years ago after the last Ice Age when the seas rose.

After much research it was discovered that the first snake images would have appeared after the rising of the seas due to the direct climate change.

They now confirm that the prototype or model for these paintings would have been inspired by the Ribboned Pipefish and not from kangaroos, snakes or crocodiles as first thought. 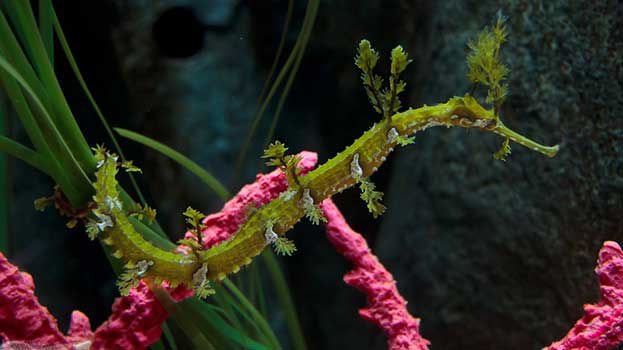 These Pipefish originated from coast of northern Australia from Shark Bay in Western Australia to the Torres Strait and would have been slowly washed inland by the rising seas after the Ice Age. The Aboriginals living inland would have never have seen such a creature.

It would have been an incredibly difficult and stressful time for the early Aboriginals as their lands were being flooded by the rising sea due to changing climate thus diminishing their food supplies.

Plants and animals would have diminished along with the landscape.People from many different tribes would have been forced to share their food and land causing disruption to their normal way of life. It is because of this trauma enforced on their lives that scientists believe that the Rainbow Serpent (Ribboned Pipefish) became a symbol of unison and collaboration as the tribes had to work together to survive but it also it became a sign of creation, change and destruction by the violent transformation of the land.

This creature would have been unfamiliar to people living inland until the sea began rising after the last Ice Age and crept steadily inland, flooding familiar features and causing great disruption to climate, hunting and traditional patterns of life.

Traditional food plants and animals dwindled and war increased as groups of people from diverse language and cultural groups were forced to share the diminishing landscape.

Because of this stress, the researchers reasoned, the serpent became a symbol of unity and peaceful cooperation, as well as of creation and destruction. The Rainbow Serpent is believed to be one of the oldest continuing religious beliefs in the world. 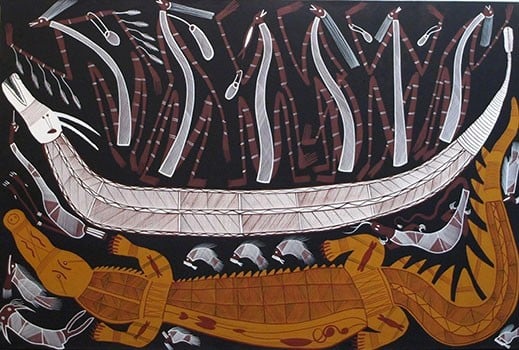 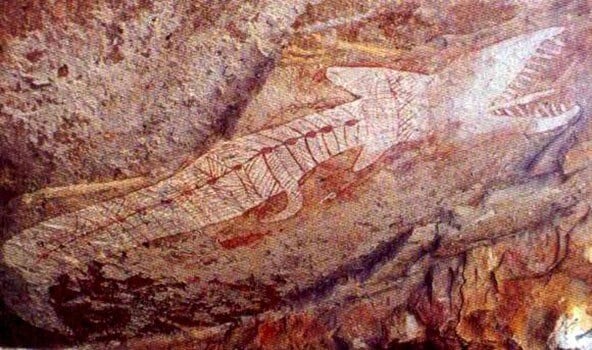