This dreaming story is from country called Janyinki, close to Yuendumu. Paintings related to the Janyinki area often tell stories associated with men’s ceremonial activity in that country. The nature of that activity is so sensitive that no further details can be revealed.

On another level, paintings of Janyinki Dreaming also often relate stories of women travelling through the area collecting bush foods. In contemporary Warlpiri paintings traditional iconography is used to represent the Dreaming, associated sites and other elements. In paintings of this Dreaming, the sites where women collected bush foods are often shown as concentric circles or roundels. Clapping sticks, used as musical accompaniment to the singing involved in the men’s ceremonial activity, are usually shown as twin parallel lines. Janyinki country is also significant to its custodians for the various Dreaming that pass through the area, including that of the night parrot , a small parrot considered to be ‘critically endangered’ and close to extinction, who’s ancestral home was in the area. 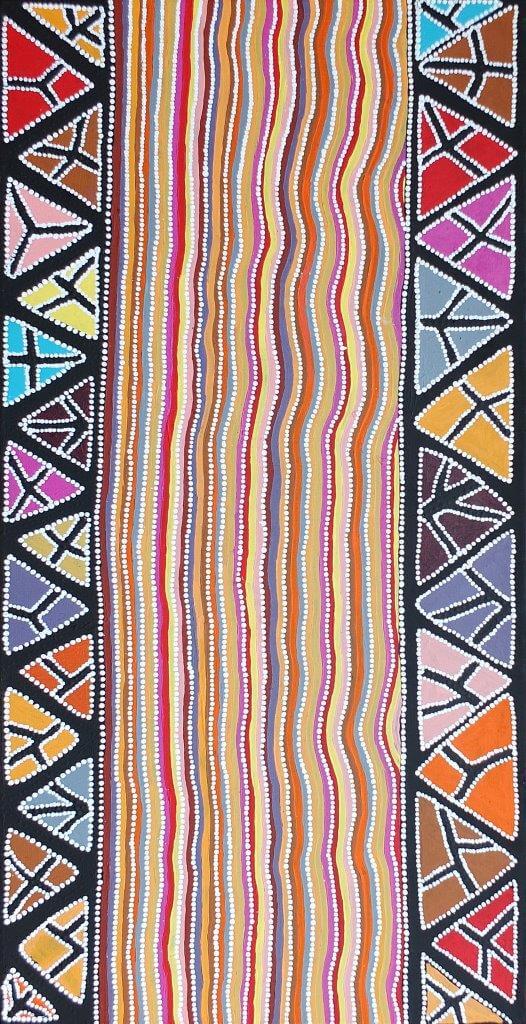