Bevan Tjampitjinpa was born in Darwin and grew up visiting his homeland. Bevan studied in Darwin until Year 10 before moving to Ti Tree which is his Grandmother, Grandfather and Mother’s country and later moved to live with his Elders on the Anmatjere Lands.

He lived permanently with his Elders for the next ten years being taught the traditional ways and being initiated into the ceremonies and laws of the desert region. Bevan speaks fluent Anmatjere and knows the traditional law and how to hunt for bush tucker and bush animals

Bevan was taught to paint by elders in his family.  From an early age he was interested in his family’s art and wanted to learn how it was done.  Bevan was encouraged to use both brush and stick to produce traditional art which took him a number of years to perfect.

Bevan was taught by Peggy Nungulla Reily, Beryl Pultura, Barbra Leo, Judith Ross, Tommy Mbtajana and Mark Cook. His training covered a variety of techniques which included Dreamtime symbology and how to interpret various landscape features into the canvas.  He was also taught how to make spears, shields and fighting sticks (nulla nulla) which are an important part of the hunting stories he portrays.

Bevan uses the traditional symbols to reflect the men’s hunting forays that he has been involved in and the women’s hunting and gathering expeditions that he has joined them on, to tell a modern story of how his family group and clan currently live.

Bevan’s presentation of his artwork shows the world a beautiful and educational story of his culture, family group and the depth of spirituality of his people.  Bevan’s focus is on hunting stories and shows the every day life of these traditional people and how they find and gather food for the family group.  The main source of life for people in this harsh desert is the waterhole that he depicts in many of the artworks.

Bevan is passionate about his culture and his art and is an artist destined to succeed. 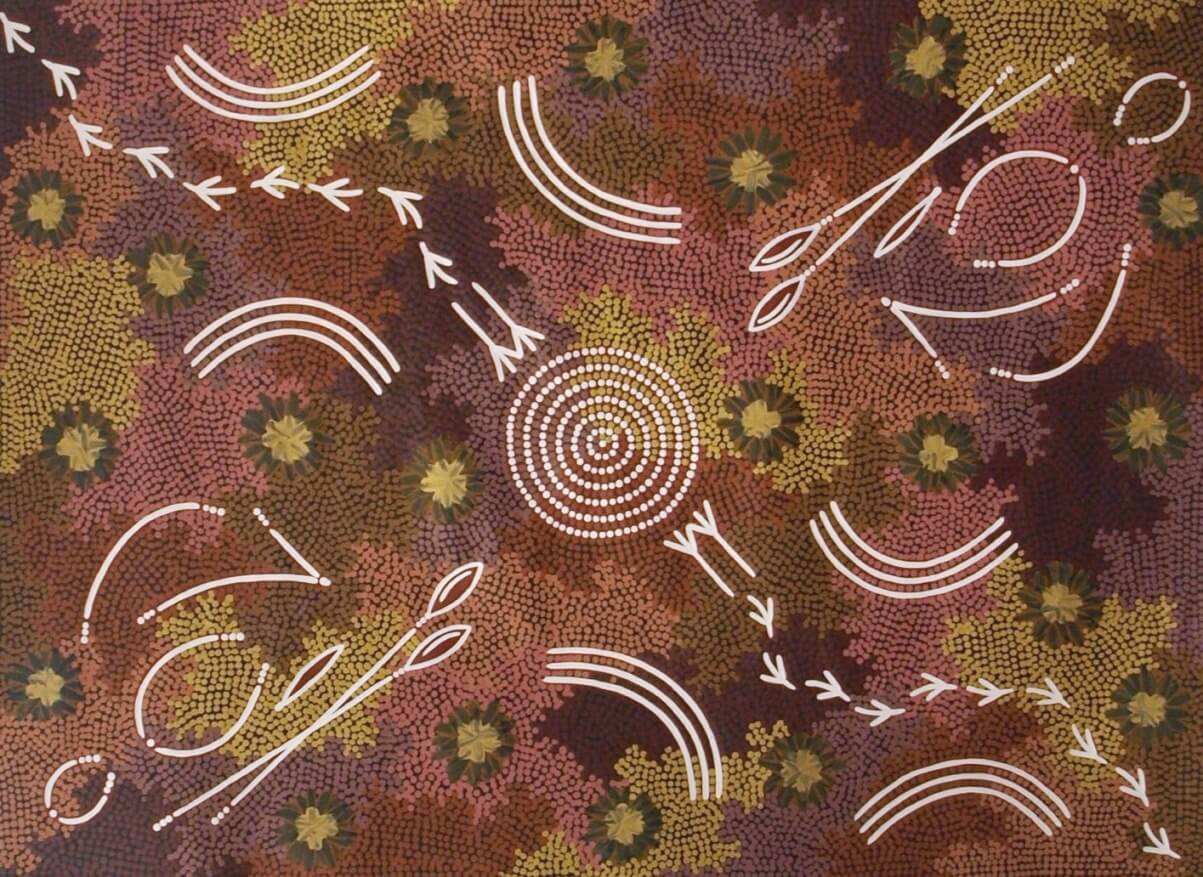