Edna Dale is a Ngarinyin woman and chairperson of Imintji Community, a small community located 220km from Derby, WA on the Gibb River Road. She lives here with her husband Lance Bedford (son of acclaimed East Kimberley artist Paddy Bedford) and their seven daughters and baby son.

Edna is the daughter of famous Kimberley artist Jack Dale Mengenen (1920-2013). Growing up she spent much of her time by her father’s side travelling through their country, watching him paint and tell stories. Edna’s father taught her the Law, painting and showed her the many cave sites that are sacred to Ngarinyin people.

Edna has her own distinct style, her elongated Wandjina figures and minimalist aesthetic are a clear departure from the imagery of her father.
A lovely quietly spoken lady, Edna still lives on her traditional land and is the driving force behind encouraging other Ngarinyin people to use art to tell their stories and keep their culture strong. Her eldest daughter Petrina, also an artist, is carrying on this important tradition to a third generation.

Petrina’s mother, Edna Dale, is a senior artist and Petrina and her mother often paint side by side. Petrina was only 12 when her first artworks were included in an exhibition at Japingka Gallery in Perth alongside the works of her mother and grandfather. An incredible achievement for such a young artist.

Petrina is the oldest of eight children to her parents Edna and Lance – seven girls and a boy. Petrina is Gija skin on her father’s side and Ngarinyin on her mother’s side. She lives with her family at Imintji Community, 230km east of Derby along the Gibb River Road, where her mother is Chairperson.

Petrina was extremely close to her late grandfather Jack Dale who encouraged her to paint from a young age. Painting allowed Jack to pass on the stories of his country which relate to the Wandjina rock art of the West Kimberley.

Now in her early twenties, Petrina is an established artist in her own right with an incredible talent and, we believe, an amazing career in front of her. Most definitely an artist to watch out for in the future.

These Wandjinas come from Iondra in the Komaduwah Clan estate. They are proof of our ownership of this land, just like the written words on a title to land issued by a government agency that manages land tenure. Our title to land comes from the Narrungunni (Dreaming) and white fellas get theirs from the government.

These Wandjinas come from Iondra in the Komaduwah Clan estate. They are proof of our ownership of this land, just like the written words on a title to land issued by a government agency that manages land tenure. Our title to land comes from the Narrungunni (Dreaming) and white fellas get theirs from the government. 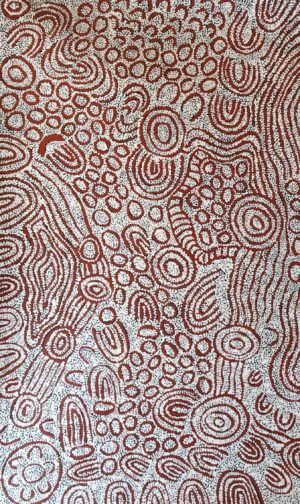 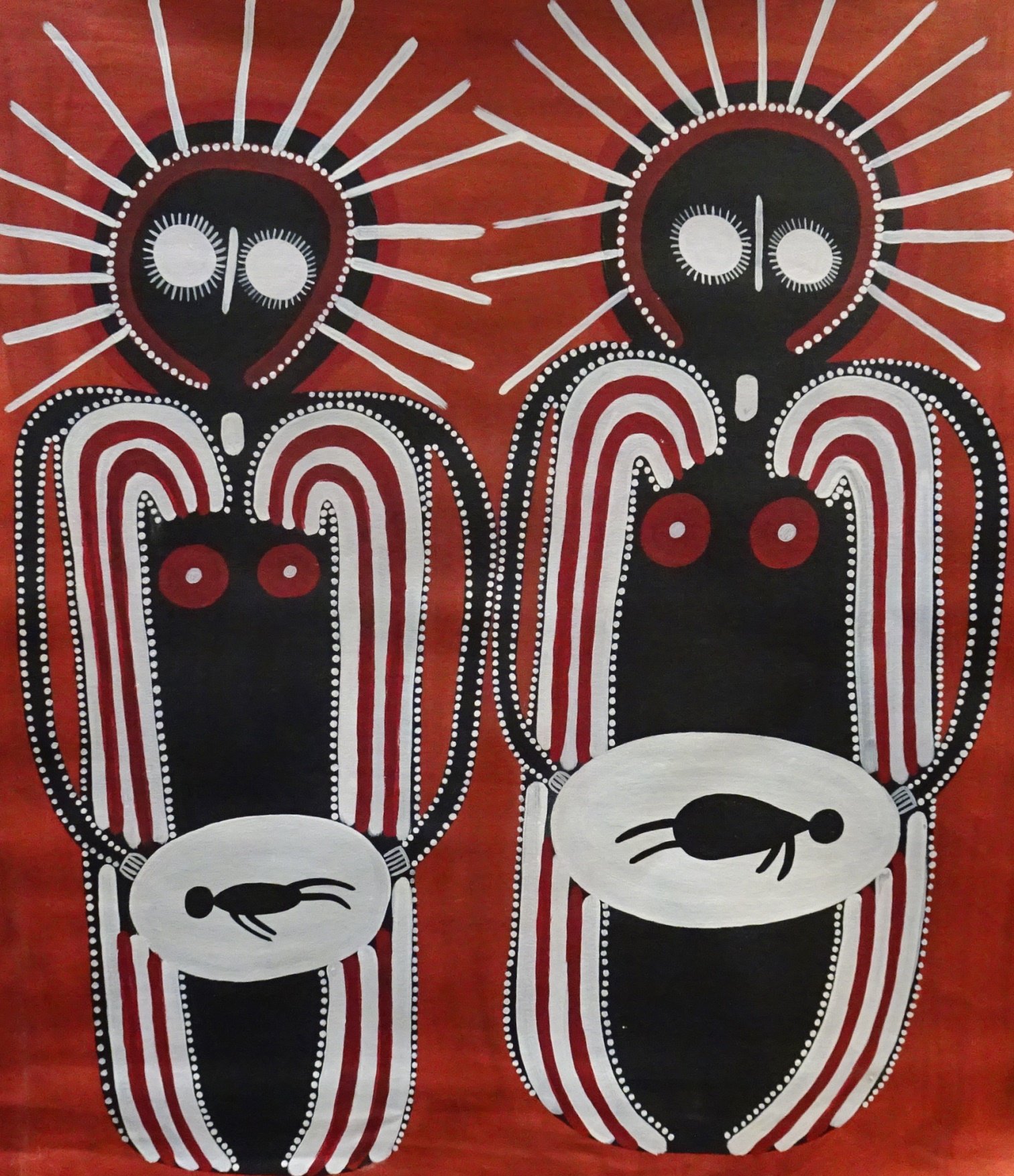