ARTWORK DESCRIPTION
‘Janganpa’ or brush tail possums are nocturnal animals that live and nest in white gum trees.
Brush-tail possum Dreaming travels all over Warlpiri country. This story is about a group of possums from a big hill called Mawurrji, west of Yuendumu and north of Pikilyi (Vaughan Springs). The family of possum ancestors lived there. Each night they would go out in hunting for food. They went to Wirlki and Wanapirdi, where they found flying ants. They travelled on to Ngarlkirdipini looking for water.

A Nampijinpa women was living at Mawurrji with her two daughters. She gave her daughters in marriage to a Jupurrurla ‘janganpa’ but later decided to run away with them.

Warlpiri people perform a young men’s initiation ceremony, which includes the Janganpa Dreaming.
The Janganpa Dreaming belongs to Jakamarra/Jupurrurla men and Nakamarra/Napurrurla women.
Customary icons are used in Warlpiri paintings.  Possum tracks are often represented as ‘E’ shaped figures and concentric circles are used to depict the trees in which the possums live, and also the sites at Mawurrji. 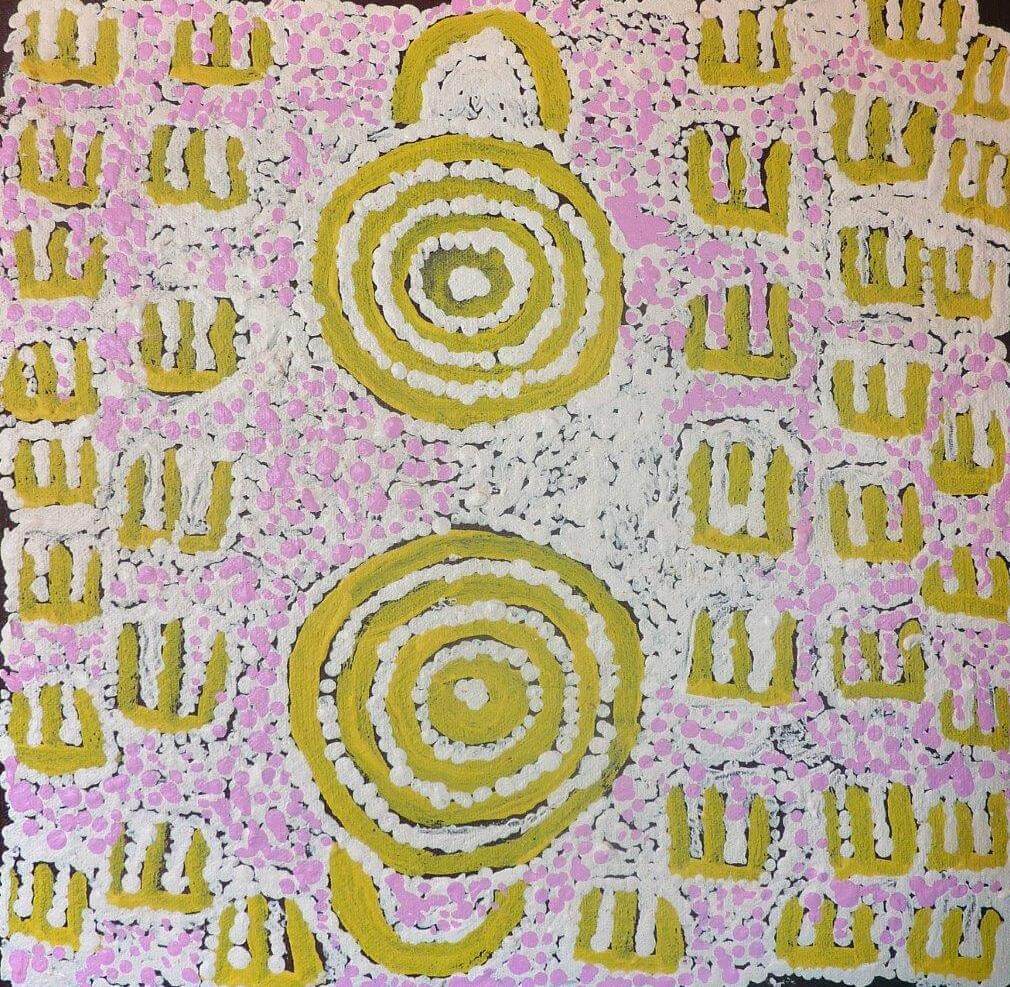