Jack was born Alice Downs Station and commenced stockwork at an early age.  He worked on many stations in the East Kimberley, and as a drover to many parts of Australia, including the Canning Stock Route to Alice Springs and east to Central Queensland.  He had an incredible recall and enjoyed talking about his working days – he could remember the name of every station owner (“all good men, them”) and all the characters from the early settler days. He had a great sense of humour, and his story telling was nothing short of riveting.

A Senior Gija Lawman, Jack began painting after his stockwork, with Paddy Jampinji, George Mung Mung and Rover Thomas. He recalled being given a piece of canvas and the difficulty of painting in hot weather, as the canvas shrunk and buckled when the ochre was applied.  He and the original Ochre artists decided to “stretch” these unwieldy canvases onto plywood. Today, Aboriginal artists refer to stretched canvas as “painting boards”. Jack told of using the natural bush gums and kangaroo blood as binders for the ochre, of Rover chewing grass to colour and bulk up the ochre if it was poor quality.

Because of his detailed knowledge of the land and the Ngarrangkarni (Dreaming) stories of his culture, Jack was able to depict accurately a myriad of subject matter in his painting career – and this he was, right up until his passing, very willing to teach to the younger generations of his people. He was heard to say many times that the Aboriginal culture would be preserved by the dancing, singing and the stories of the paintings.

Jack formed the Wurreranginy (Frog Hollow) Community south of Turkey Creek, and painted there for many years with his long time friends Henry Wambini and Beerbee Mungnari. He relocated to Turkey Creek in 2001 but was always referred to as “The old man from Frog Hollow”.  He was Traditional Custodian of Purnululu, the subject matter of many of his paintings, as well as the station country “closest” to him – Hann Springs, Tickelara, Mabel Downs, Lissadell, Texas Downs.

Jack was included in Australia’s Top 50 Most Collectable Artists 2004.

Jack’s view here, shows Kalruny, a ‘good’ spirit who inhabits all bodies of water, and the Kitja equivalent to the Wandjina spirit of the Wunambal people of the north Kimberley coast and hinterland. No person can see Kalruny in his entirety, except the ‘clever people’, the bush doctors, whilst ordinary people have to be content with fleeting glimpses, as Jack suggests, eyes, in the ripples of a waterhole.

This is Purnululu country of which Jack was a Traditional custodian.

Jack’s view here, shows Kalruny, a ‘good’ spirit who inhabits all bodies of water, and the Kitja equivalent to the Wandjina spirit of the Wunambal people of the north Kimberley coast and hinterland. No person can see Kalruny in his entirety, except the ‘clever people’, the bush doctors, whilst ordinary people have to be content with fleeting glimpses, as Jack suggests, eyes, in the ripples of a waterhole.

This is Purnululu country of which Jack was a Traditional custodian. 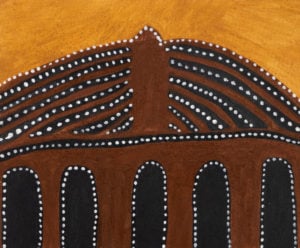 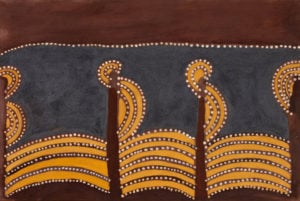 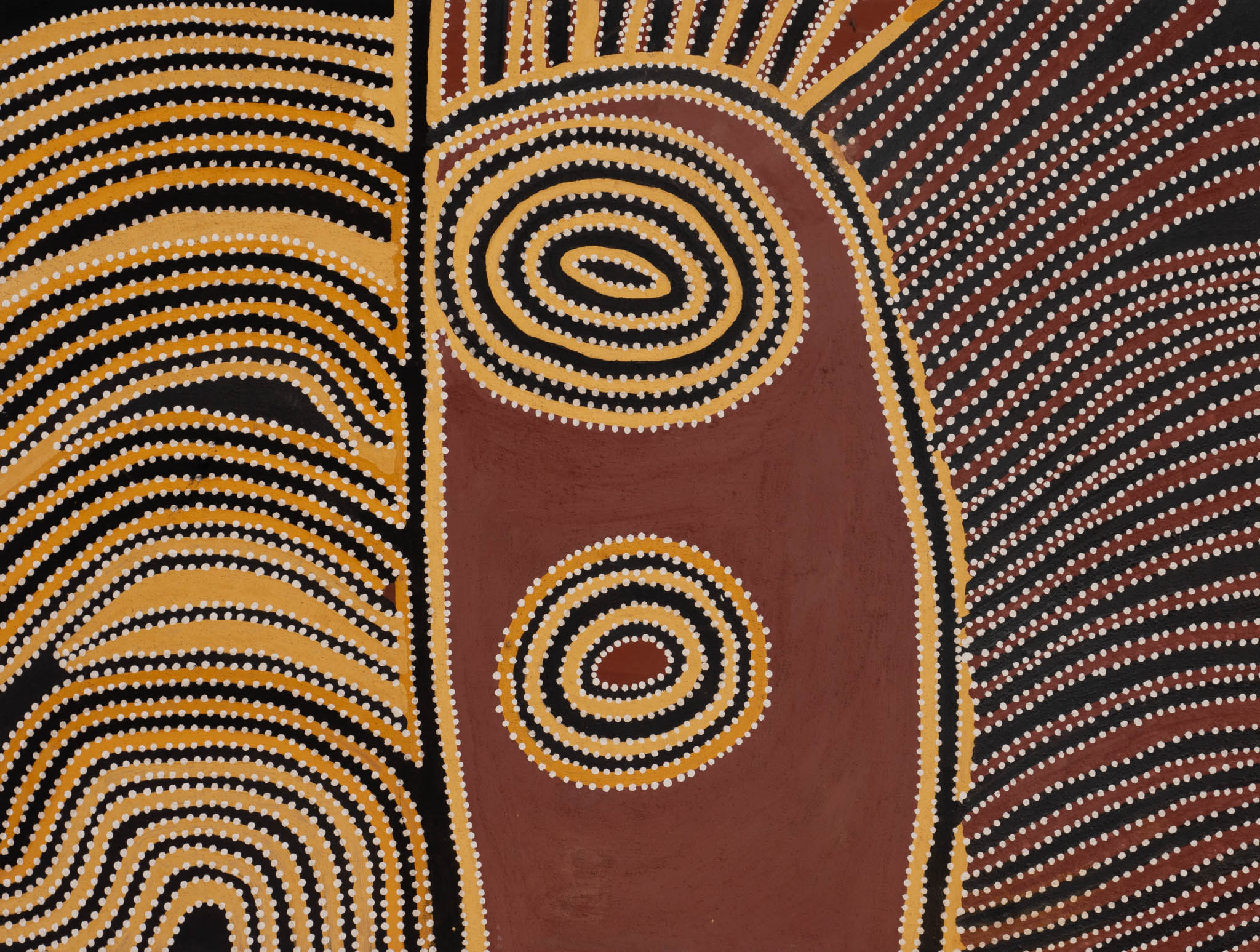