Artist Description
The lines represent the flowing of water at Warntaparri where the people did the dancing of the rain. They painted their body with paint (white) and sat and sang the song of the hailstones. Thunder clouds rose in the distance, people saw the clouds and sought shelters because of the rain. They knew the rain was big and strong. When it came closer they all stayed in the shelter and waited till it rained. It rained and rained until everything was flooded then it made rivers, billabongs, lagoons etc and made streams and soakage's. They lived next to the soakage for one month, until the soakage dried up, and then they would move to another soakage. In the dry the people would dig a hole and cover it with plants and the next morning there would be clean drinking water in there.

Through hard work and study, Janet gained the status of Linguist with her people and began to teach as a literacy worker at the Willowra School. She produced bi-lingual literature for use in the teaching programme. Although she has lived all her life in Willowra her linguist talents led her to many contacts with the rest of Australia. When Vivien Johnson began to write her book “Aboriginal Artists of the Western Desert” it was Janet she approached to do the transaction and correct any terms that were in the book.

In 1989 she began to paint her designs and Dreamings on small boards when the local store at Willowra began supplying canvas and paints to the locals Aboriginal Artists. When her brother Malcolm Jagamarra saw her taking an interest in painting he taught her how to use the medium of acrylics on canvas. She saw this as a way of teaching people about her culture and the world as a whole.

She uses her deep knowledge of her talents as a linguist and translates her Dreamings onto canvas in a way that no other artist is able to achieve. Her paintings have many small details in them that tell a story as a whole. The story that she writes for the paintings is as fascinating as the painting itself. These stories tell of the mythology and religion of her people in a way that any outsider can understand and learn from.

Janet’s unique style of painting has ensured she has gained rapid recognition. 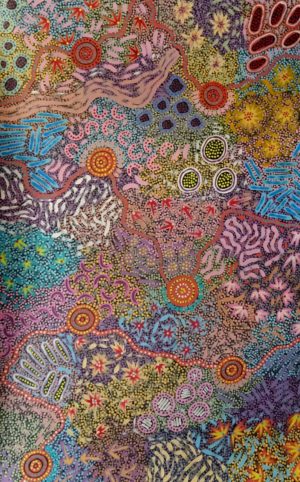 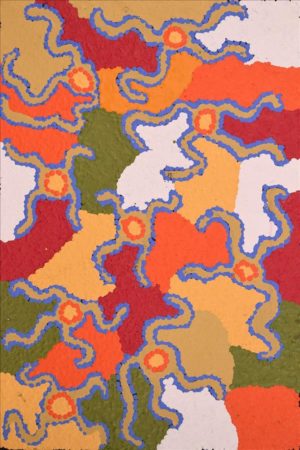 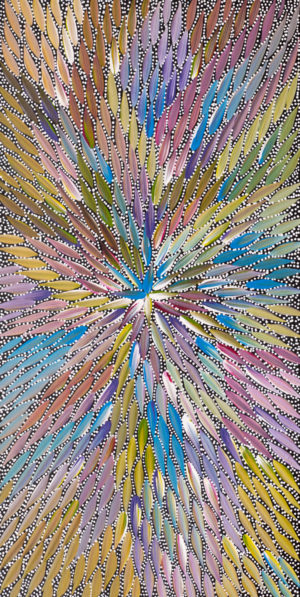