Ju Ju was born at Mantinea Flats in the East Kimberley and was educated at Beagle Bay. A Miriuwung Gajerrong lady, her Aboriginal name was Burriwee – but to everyone she was “Ju Ju”.

Ju Ju was a mother of six, grandmother to many, tour guide, much sought after cultural advisor, expert in bush tucker, bush medicines and advisor to those publishing books on these subjects. Ju Ju made numerous appearances on television regarding these topics including the 2008 BBC documentary “Ray Mears Goes Walkabout”. She was a renowned didgeridoo maker, carved and painted boomerangs and was an authority on rock art and sacred sites as well as speaking five Aboriginal dialects fluently.

Ju Ju was a member of a well known painting family – her grandmother Sheba and mother Freda were also artists – three generations of very talented ladies. Ju Ju’s son and grandchildren also now paint so we have many generations of Wilson artists to look forward to in the future.

Her paintings and artefacts have been collected world-wide. In 2003 Ju Ju was asked to paint trophies for the Dubai Racing Club, home of the World’s Richest Race Meeting, featuring Australian Indigenous Animals.

Ju Ju favoured detailed subject matter in fine palette ochre – and because of her family connections, the content of her paintings ranged from the land around Kununurra to Purnululu (Bungle Bungles) and the incredible rock art found in the East Kimberley region.

In April 2019, Ju Ju passed away peacefully in Kununurra. The community has lost a wonderful senior Elder, artist, medicine woman and friend. 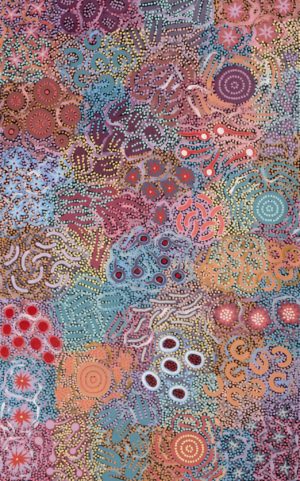 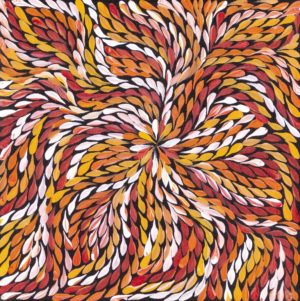 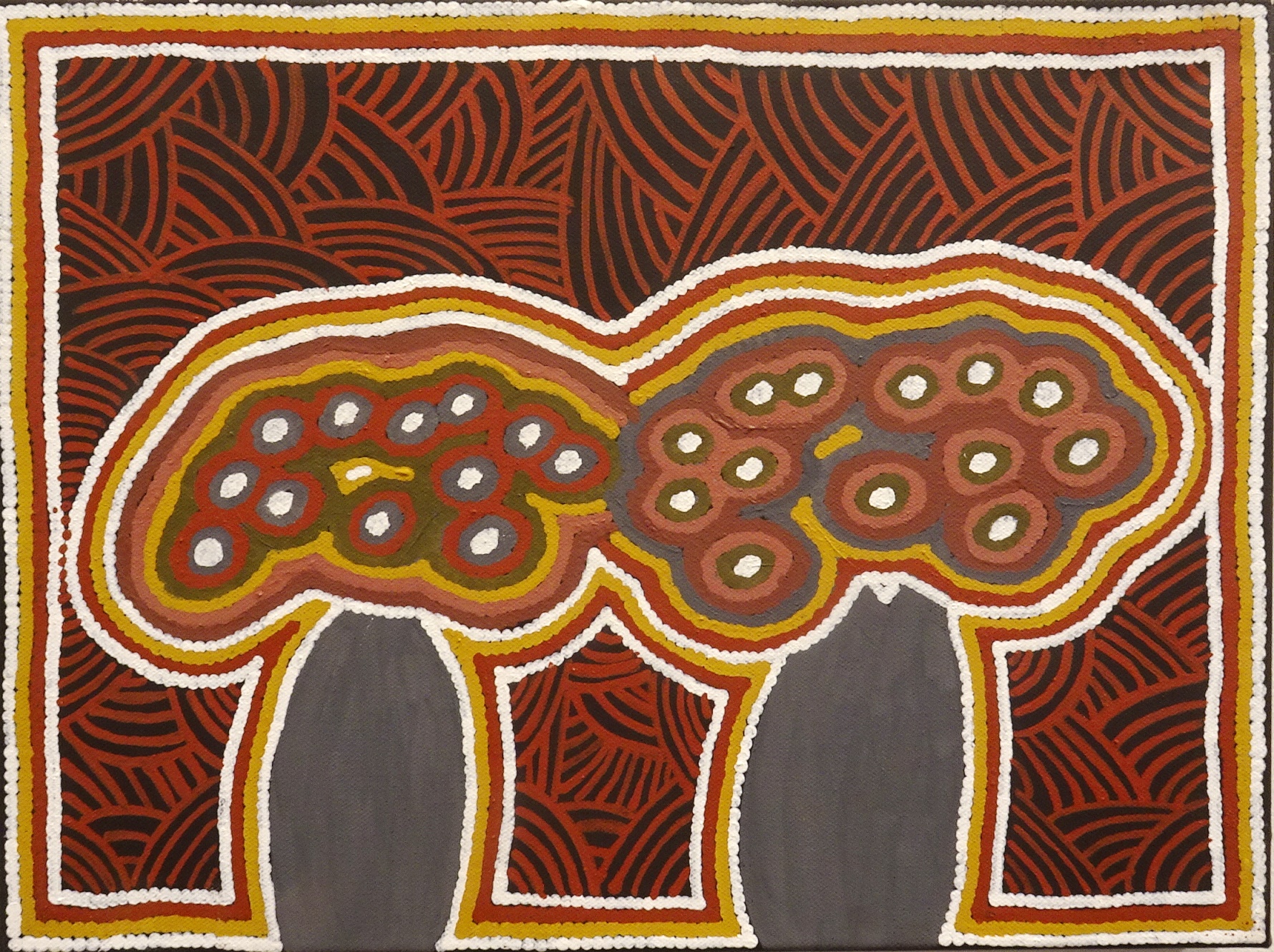