Judy was born on Newry Station and grew up learning about station life. After Newry her mother and step father shifted to Carlton Hill station where her mother worked in the kitchen. Judy watched all the older women working as cooks and making breads. She also lived at Ivanhoe Station and Argyle Station. In 1965 her mother died and welfare shifted Judy and her sister to Beagle Bay Mission. She returned from the mission in 1971 and settled in Kununurra.

Judy has four children. She started painting in the mid 1990’s. She mostly paints the country around Binjin – Bucket Springs (Keep River National Park N.T.) which is her mother’s country and Milligan near Bullo River (Northern Territory) which is her father’s country. She paints these places to keep alive the stories and places of her parents so that she can pass knowledge to her children and grandchildren.

This is my mother’s country (Bucket Springs – Binjin in language). Freshwater springs come out from the hills and become creeks that flow into the Keep River. There are lots of billabongs that come from the creek overflow especially in the wet season. I’ve painted those billabongs here. 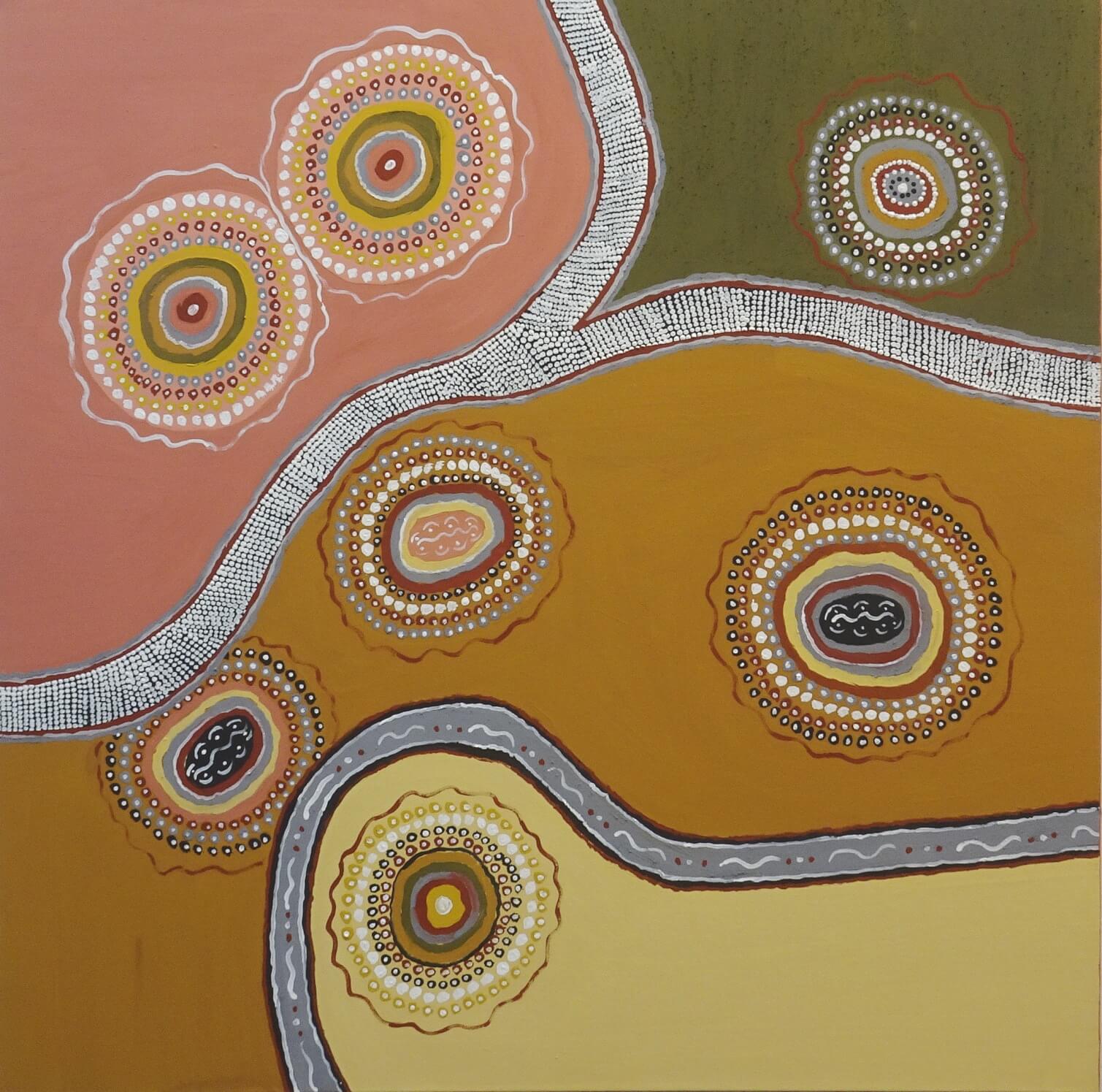