In her early childhood, Kathleen moved to Queensland with her Father, brother and sister. At the age of ten Kathleen, her brother and sister returned to Central Australia to move back to “Country” to live with their Mother at Hermannsburg.

Kathleen has been painting for many years along with her sister Julie-Anne Paige, who is a prominent artist in her own right. Julie-Anne is very well known for her Aboriginal Fabric Designs along with various forms of creative art.

Kathleen paints Bush Tucker and children’s stories which reflect her own happy childhood growing up with family out bush. Kathleen is recognised not only as a prominent painter, but also in other art mediums and is the designer and creator of a popular range of Aboriginal jewellery incorporating natural seeds in modern contemporary settings. In 2016 Kathleen started working with Australian giftware company, Koh Living and her designs are featured on a range of products.

Kathleen lives with her husband and two sons on his traditional land – “lwupataka” – West of Alice Springs. 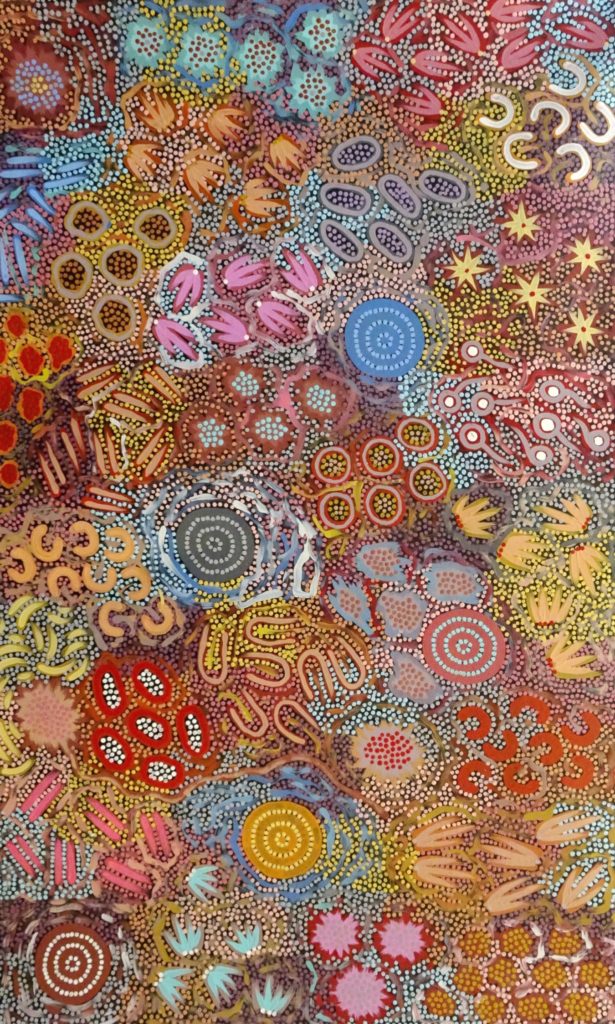 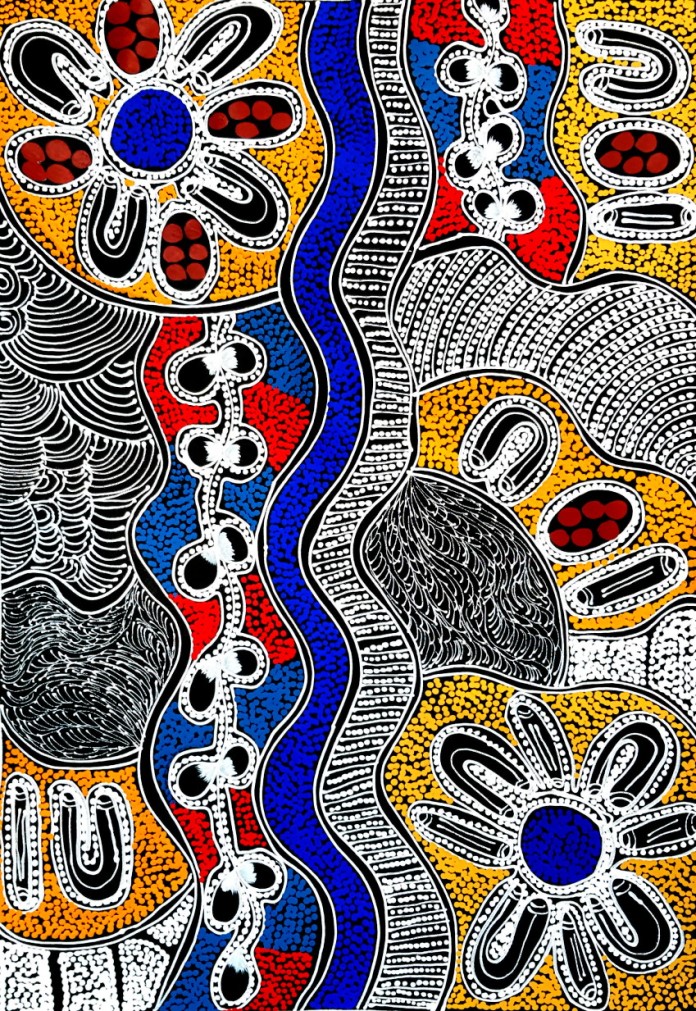 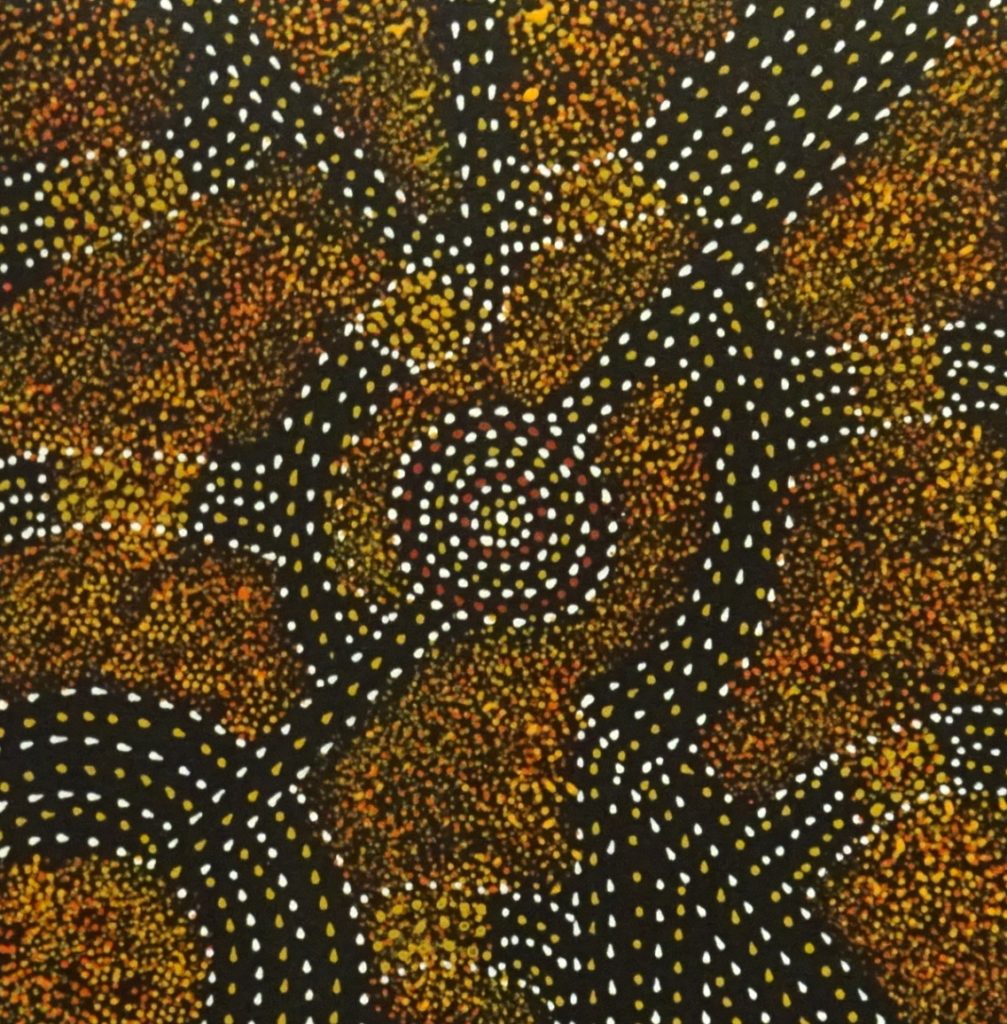 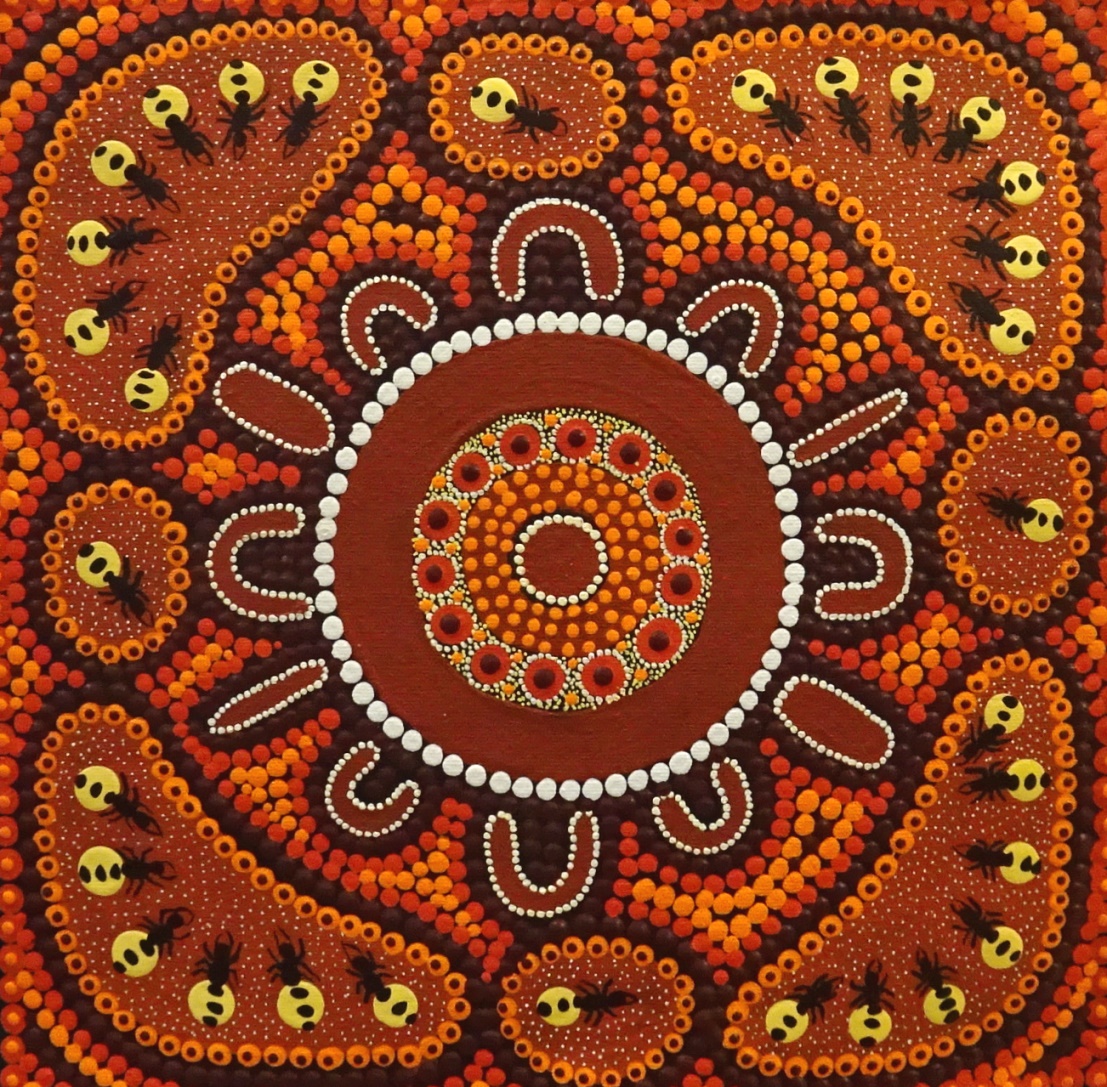