The country associated with this Water Dreaming is Mikanji, a watercourse west of Yuendumu that is usually dry. There are soakages in this creek bed. The owners of this Dreaming site are Nangala / Nampijinpa women and Jangala / Jampijinpa men. Mikanji is an important water Dreaming site, and features in at least three different water Dreaming tracks.

In one story, the water Dreaming travelled from Puyurru, northwest of Yuendumu, to a soakage in the Mikanji creek. It unleashed a huge storm there. Two old blind women of the Nampijinpa skin group were sitting by the side of the soakages. As the two women strained their eyes to see the sky, tears formed in their eyes, creating the rain. Their spirits can still be seen at Mikanji in the form of two river red gums growing near the soakage.

In contemporary Warlpiri paintings, traditional iconography is used to represent the Dreaming, associated sites, and other elements. In many paintings of this Dreaming, short dashes are often used to represent cumulus & stratocumulus clouds, and longer, flowing lines represent flood waters. Small circles are used to depict soakages and river beds.

Lola Nampijinpa Brown was born in Ti-Tree, in the Northern Territory of Australia, 193 km north of Alice Springs. When she was very young her parents moved to Willowra where she grew up. She attended primary school there and in Alice Springs she attended high school.

Lola later moved Mount Allen where she married her promised husband of 25 years. While living in Mount Allen she was an working member of the museum. She crafted music sticks and necklaces, and painted coolamons and beads.

Lola has seven children and eleven grandchildren. Her three sons still live in Mount Allen and her daughters live in Willowra, Tennant Creek and Mount Allen. She visits her children regularly.

In 1994 Lola returned to Willowra for a few years before going back to Mount Allen in 1997 to live with her children. At Mount Allen there was no longer a museum and art centre so materials she could use for her paintings were limited.

Lola has been painting with Warlukurlangu Artists since 2002 where she works on her Water Dreaming stories.  They recount stories about the land and its structures. These chronicles were passed down by her grandmother, mother, aunty and their parents before them as part of Aboriginal tradition. 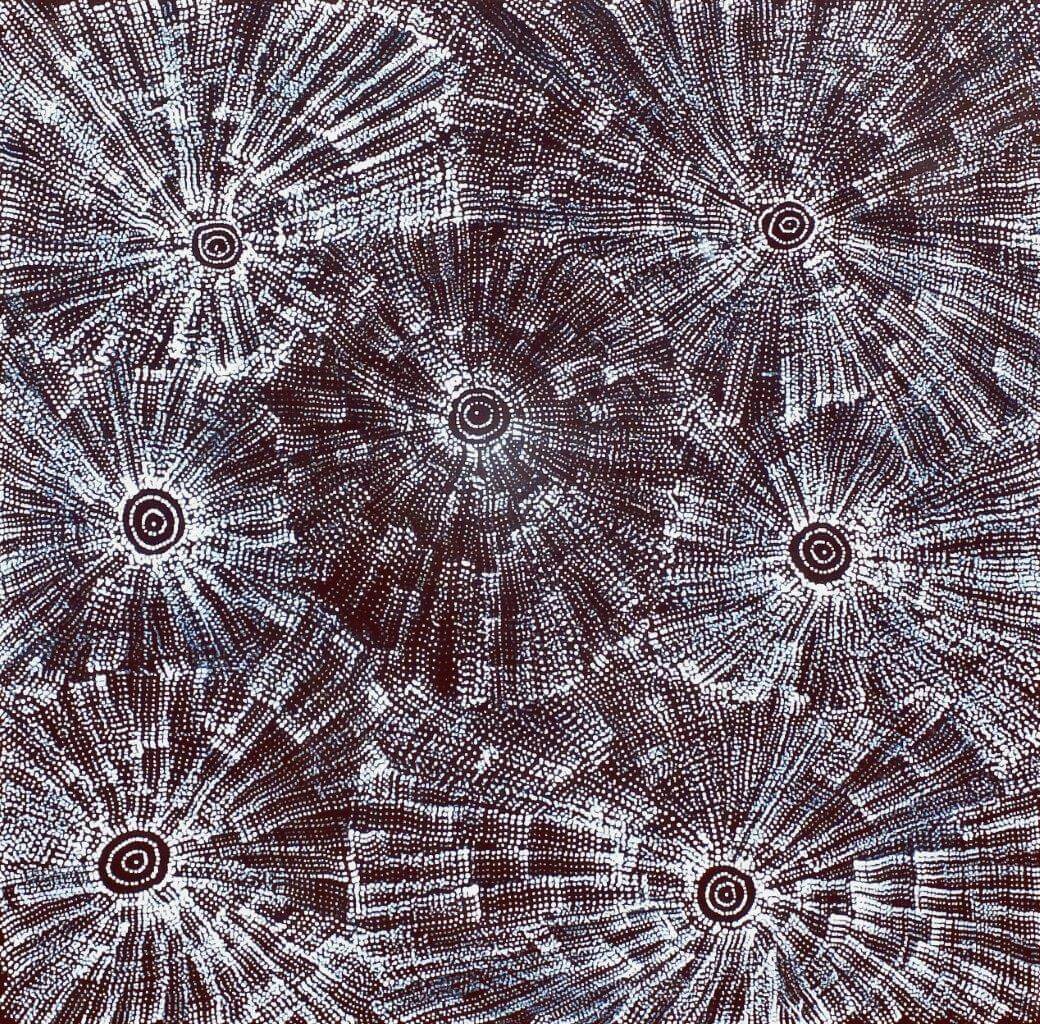