This painting shows the story of the Witi Jukurrpa (Ceremonial poles). Japaljarri and Jungarrayi men travelled from Kurlurngalinypa (near Lajamanu) to Yanjirlypirri (west of Yuendumu) and then on to Lake Mackay near the West Australian border. On the way they performed Kurdiji (initiation ceremonies) for young men. Women also danced for the Kurdiji ceremony. The site depicted in this canvas is Yanjilypiri where there is a low hill and a water soakage. The importance of this place cannot be overemphasised, as young boys are taken there to be initiated from as far away as Pitjanjatjara country to the south and Lajamanu to the north. The men wear Jinjirla (white feathers headdresses) on either side of their heads. They also wear wooden carvings of stars (Yanjilypiri) which are also laid out on the ground as part of the sand paintings produced for the ceremonies. Their bodies are painted with white and black circles, also representing Yanjilypiri. Ngalyipi (snake vine) is used to tie the Witi poles vertically to the legs of the dancing initiates. In Warlpiri paintings traditional iconography is used to represent the Jukurrpa and other elements and typically Witi poles are shown as long straight lines and circles depict locations such as Yanjilypiri. Typically “U” shapes are used to represent Jungarrayi and Japaljarri men, who, along with their Nungarrayi and Napaljarri classificatory sisters, are the Kirda (custodians) for this Jukurrpa. 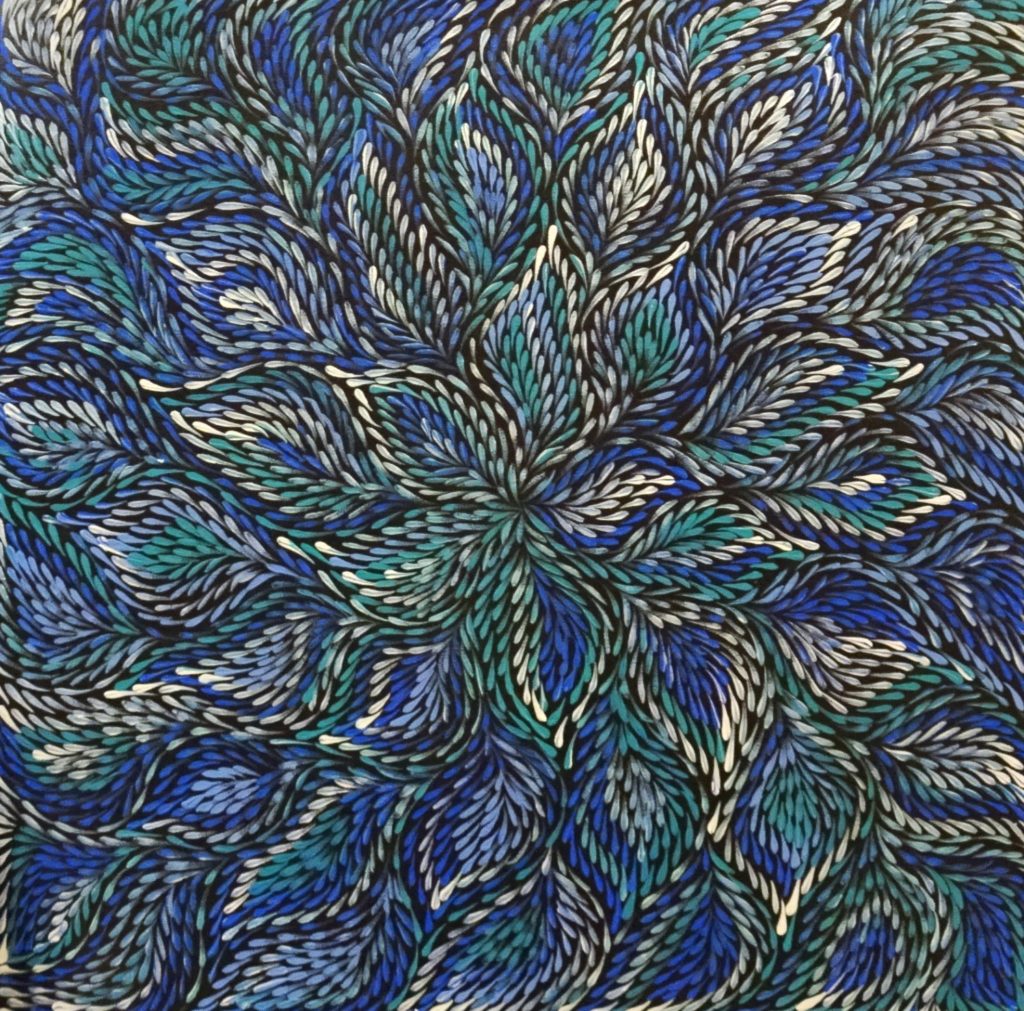 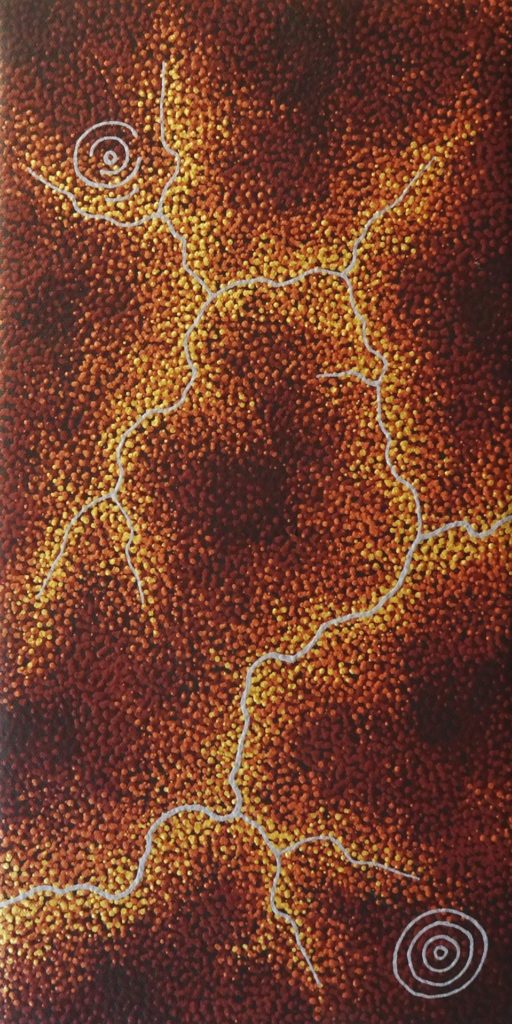 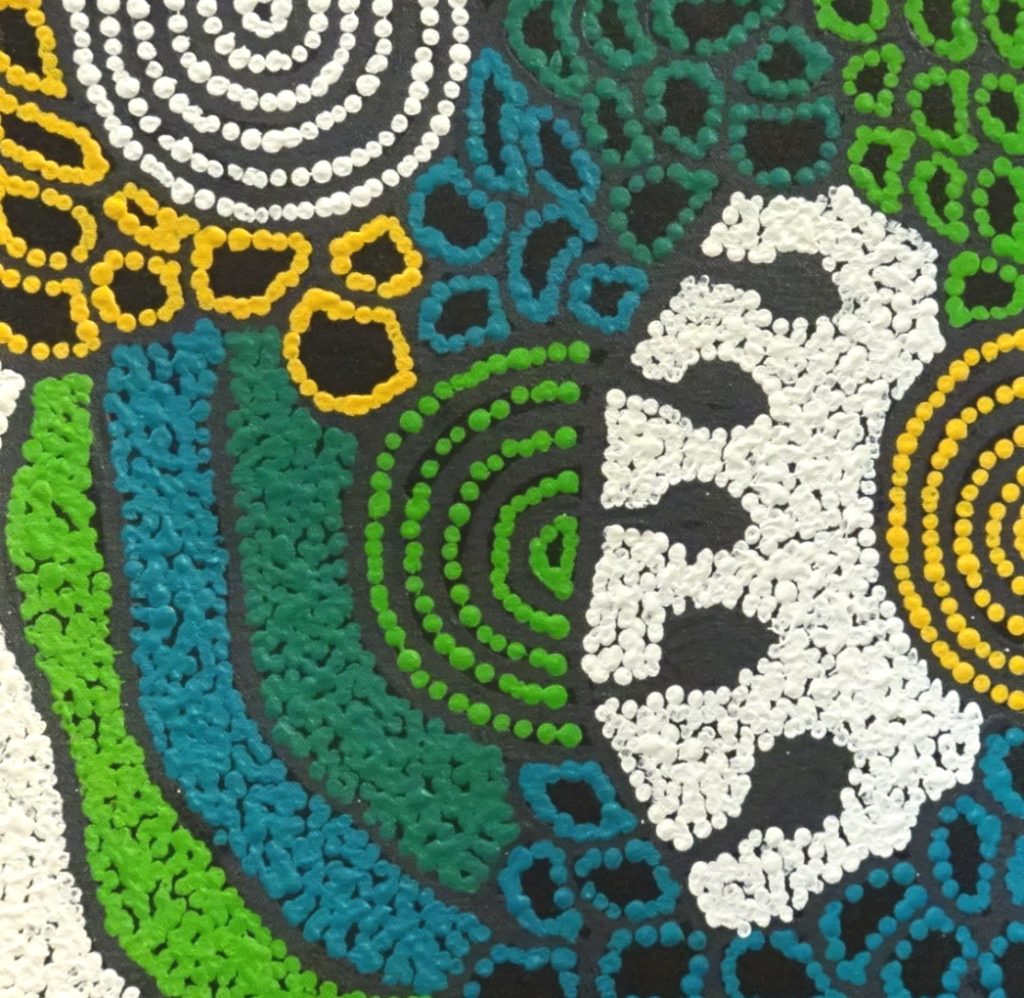 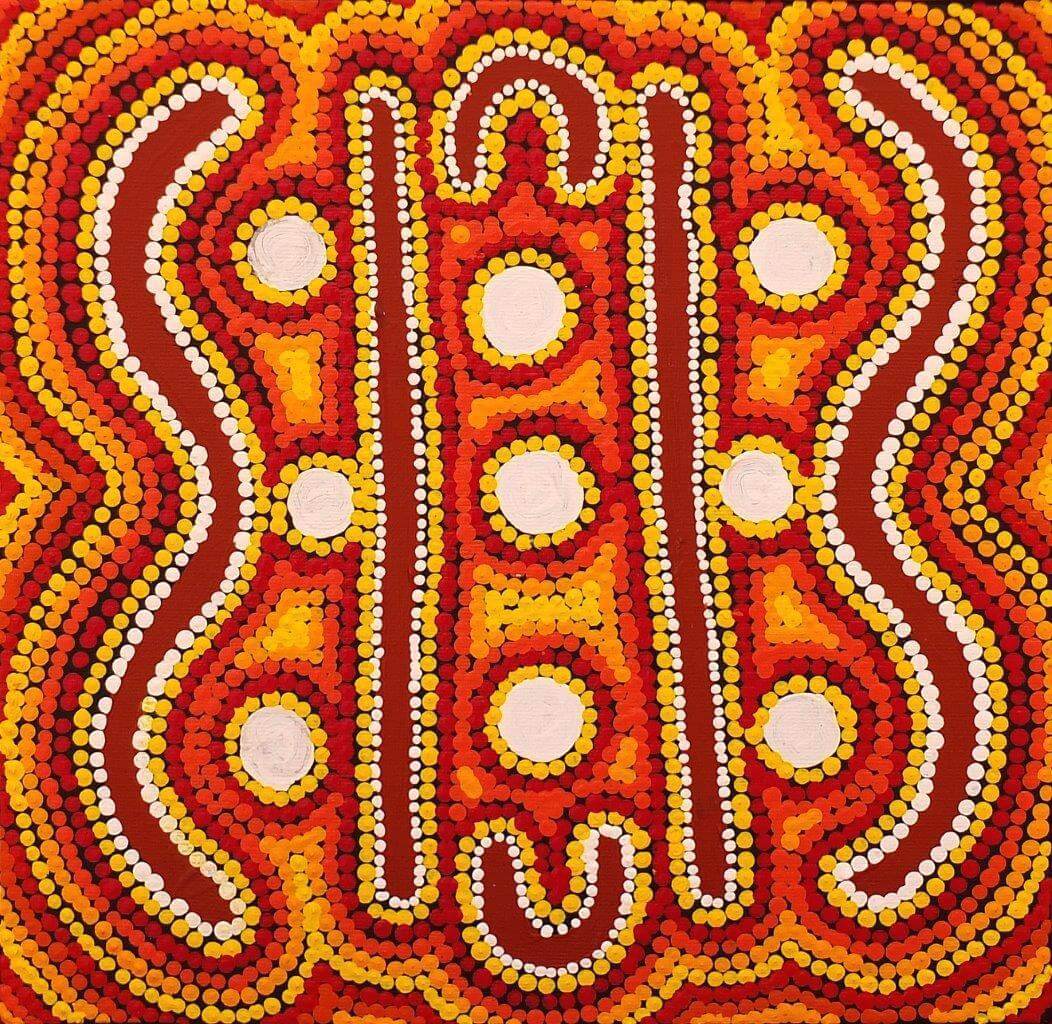