Margaret Nangala Gallagher was born in 1967 in Alice Springs Hospital, the closest hospital to Yuendumu, a remote Aboriginal community 290 km from Alice Springs in the NT of Australia. She is the daughter of Pauline Napangardi Gallagher, an artist who has been painting with Warlukurlangu Artists since 2005. Margaret attended the local Yuendumu School but shortly after moved to Nyirripi with her family. Margaret still lives in Nyirripi, an Aboriginal community 160 kms west of Yuendumu. She is single and has one sister and three brothers. She paints with her mother and learnt to paint watching her mother and other people in the community painting. She particularly enjoys painting with her mother as it is an opportunity for her and her mother to share their Jukurrpa stories, Dreamings passed down to her by her father and mother and their parents before them for millennia. When Margaret is not painting she is studying at Batchelor College in Alice Springs as well as working at the Women’s Centre in Nyirripi. 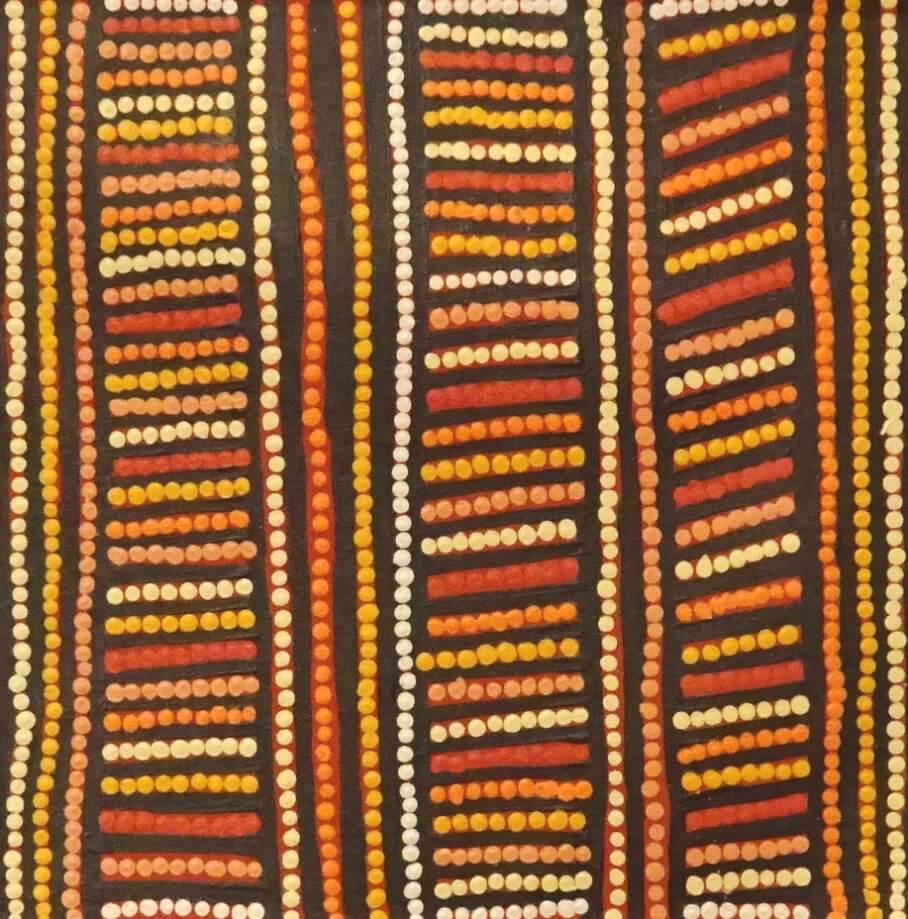