A beautiful vibrant artwork by one of the East Kimberley’s most senior artists, Peggy Griffiths. Peggy has – unusually – painted in acrylic paints. She asked if we could buy her some acrylic paints so that she could reproduce the vibrancy of her country at sunrise. A unique and stunning artwork. 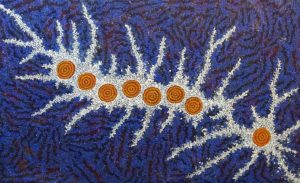 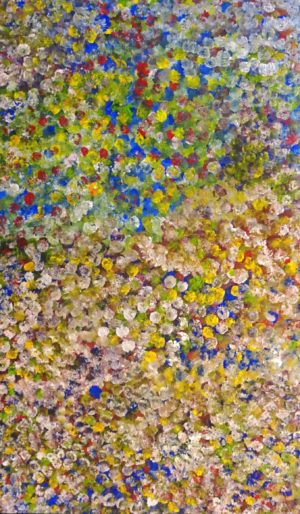 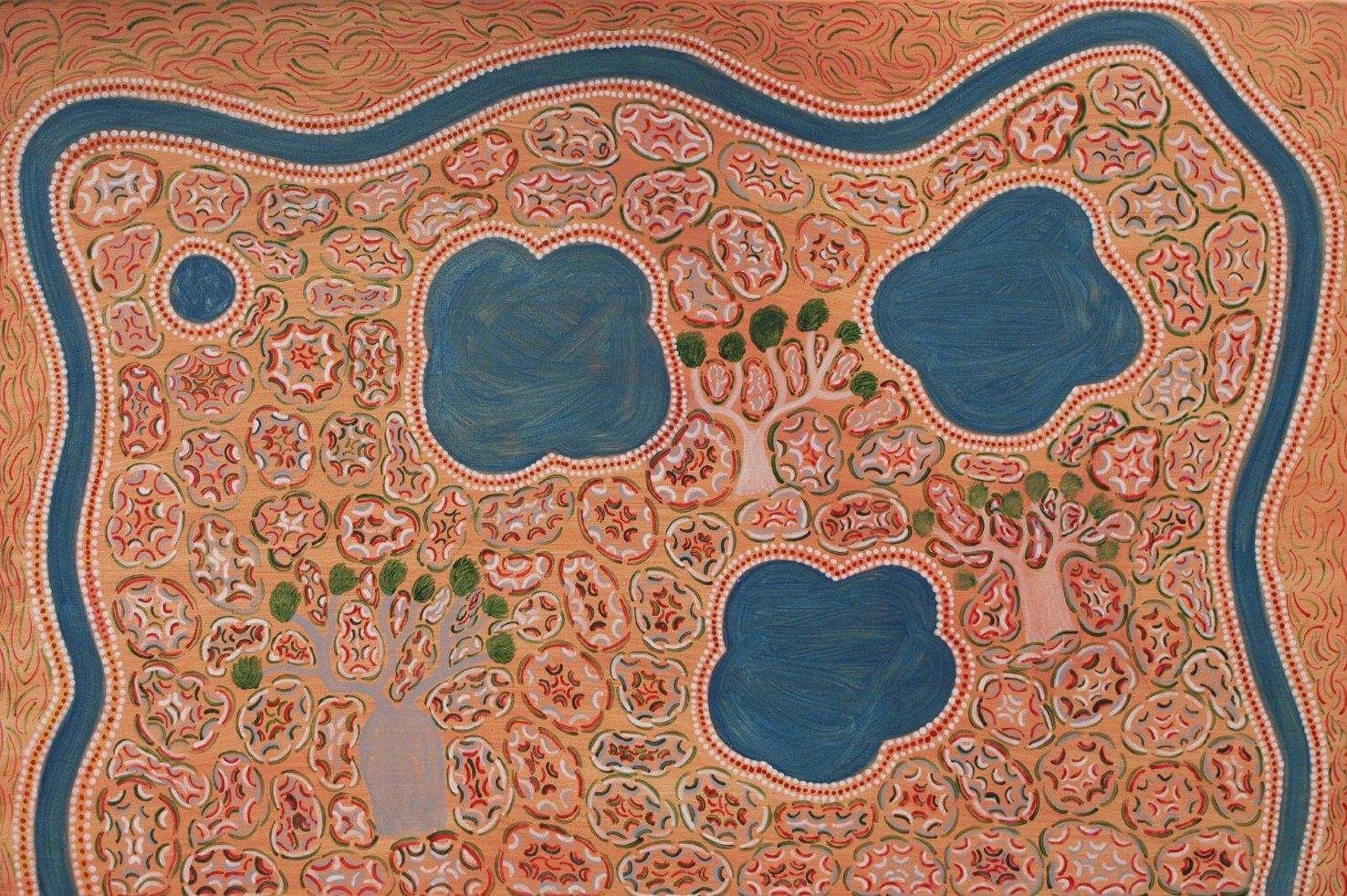