Peggy has been painting for some thirty years – she can sketch, as can all great aboriginal painters – and her brush paintings on slate are magnificent.  She has generally participated in Joint Exhibitions for her Community (Warmun), rather than Solo Exhibitions – and she includes the youngsters to whom she has taught ochre technique.

This is Bow River Station – the Bow River runs through the middle, right to the homestead. This is my country, where I bin born and grew up and worked long time. Mountains looking red, then yellow that limestone country with no grass left.

This is Bow River Station – the Bow River runs through the middle, right to the homestead. This is my country, where I bin born and grew up and worked long time. Mountains looking red, then yellow that limestone country with no grass left. 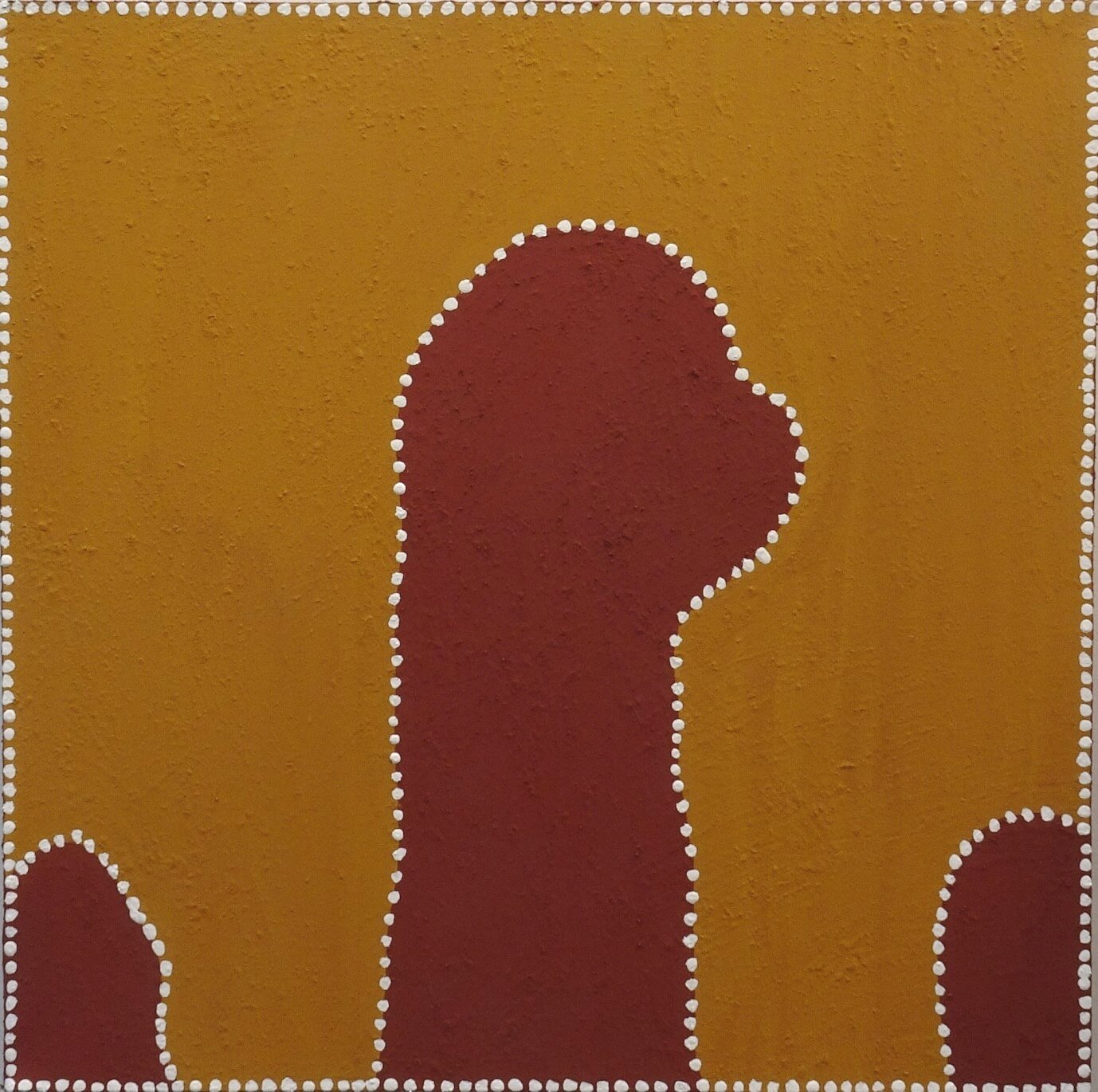