Born in Alice Springs in 1955, Reggie first took up painting as a young fella attending the Alice Springs Convent School. Although he won numerous school art awards, Reggie learned his art by watching older artists painting in the Todd River and Chinaman’s Creek.

First adopting a ‘Namatjira’ style of landscape painting, Reggie began painting scenes around his hometown and sold his first painting at the mission block store.  Over the years Reggie worked on stations as a station hand and fencer, painting on the side when he had a chance.

Since 1985 he has been a professional artist experimenting with adopting traditional dot painting styles to tell stories about life in his mothers country in Central Australia around Barrow Creek and Neutral junction station.  Using Aboriginal symbols and drawing on his own experience of the bush, Reggie’s paintings tell stories of hunting, gathering bush tucker and traditional Aboriginal lifestyle.

Reggie uses a range of colours, especially the ochres or red and yellow oxides, on black canvas.  He is currently experimenting with paints, which dry in a matt finish in order to give the painting a more ‘original’ feeling.  His distinctive speckled colour background effect is achieved using leaves.  Some of the larger more intricate paintings can take up to three months to complete.

Over the past few years Reggie’s works have gained increasing recognition and exposure.  Since moving to Darwin he has participated in the National Aboriginal Art Awards four times. 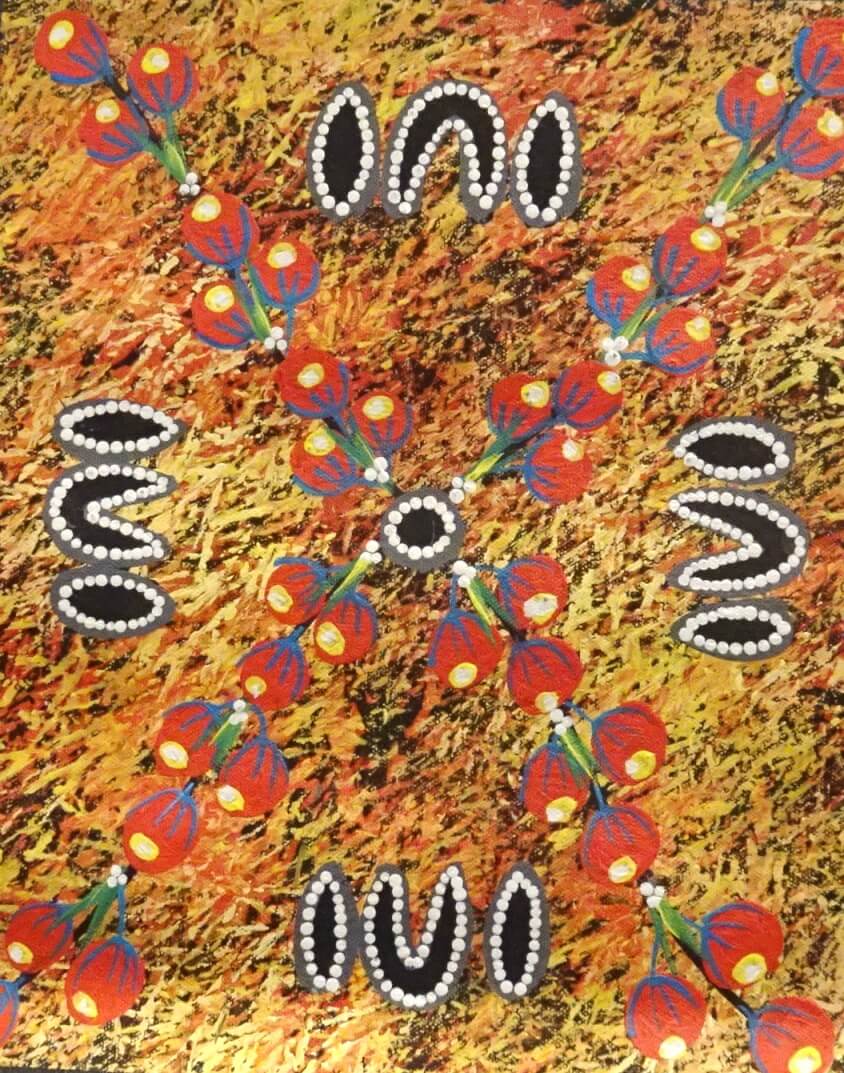