Tarisse now lives in New Zealand with her husband and paints in her home studio while looking after her 3 little daughters.  At the age of 33, she is a full time artist.  She has been included in over 20 exhibitions, is represented in galleries in every Australian state, included in many high profile Australian and international art collections and been auctioned successfully through Paris’ Art Curial.  With so many accolades to her name at such a young age, Tarisse’s potential to build on an already outstanding career is more than promising.

Tarisse’s father, celebrated artist William King, taught her that fire was the element that connected her to her ancestors and in turn her ancestors to the earth. The heat of the fire can be felt in these artworks and it is this feeling of warmth that her father said would be the same sensation her ancestors had experienced thousands of years ago. Tarisse learnt this style directly from her father who would represent the fire as a searing and burning heat; however she reproduces this theme with comforting and enticing warmth. The thousands of red and yellow dots on each canvas create a nurturing glow that flicker around the canvas, producing an inviting optical effect.

Tarisse’s father, celebrated artist William King, taught her that fire was the element that connected her to her ancestors and in turn her ancestors to the earth. The heat of the fire can be felt in these artworks and it is this feeling of warmth that her father said would be the same sensation her ancestors had experienced thousands of years ago. Tarisse learnt this style directly from her father who would represent the fire as a searing and burning heat; however she reproduces this theme with comforting and enticing warmth. The thousands of red and yellow dots on each canvas create a nurturing glow that flicker around the canvas, producing an inviting optical effect. 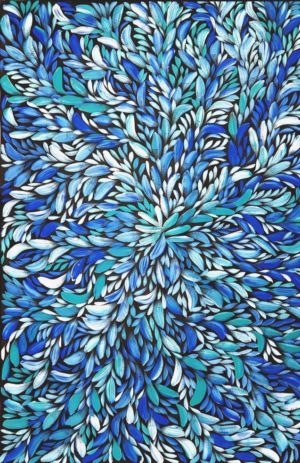 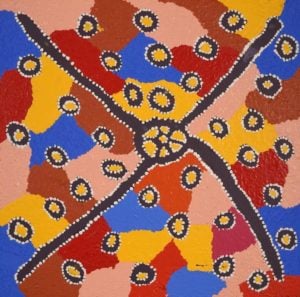 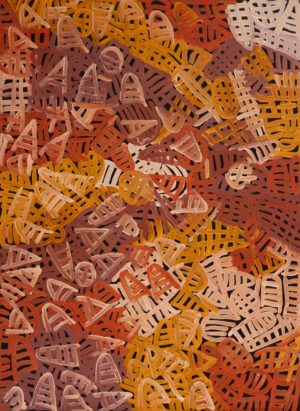