One of the most sought after painters of the Western Desert, Willy Tjungurrayi is a senior Pintupi man, entitled by his ancestry and communal position to paint the sacred and secret Tingari cycle. He has been acknowledged as one of the great colourists of contemporary Aboriginal painting.

The brother of respected painters Brandy and George “Hairbrush” Tjungarrayi and the late Yala Yala Gibbs Tjungurrayi, Willy Tjungurrayi was born at Patjantja, south west of Lake Mackay in the NT c. 1930. He came in to Haast’s Bluff in 1956 with other Pintupi people, and began painting for Papunya Tula Artists in 1976. By the 1980s Willy was recognized as a senior Pintupi painter, and he joined the movement of return to the Pintupi homelands. He now lives at Walungurru.

Stories from the Tingari Dreaming song cycle, and the land around Haast’s Bluff, Wilkinkarra (Lake Mackay) and Kaakuratintja (Lake MacDonald), are Willy Tjungarrayi’s two great linked themes. For some subjects Willy paints dozens of dotted roundels (concentric circles), linked by parallel lines, the spaces between them filled with bright, flat primary and mixed colours, a depiction of the travels and stopping places of the Tingari Men, an image of the rhythmic repetition of the songs associated with the Tjukurpa (Creation era or Dreaming).

More recently, he has also painted endless wavy lines in a shimmer across the canvas on both pale and vivid backgrounds. These paintings illustrate (or witness, might be more correct) the sandhills and the fierce hailstorm that killed the ancestral Tingari Men in the Dreamtime.

Willy Tjungarrayi’s work is much sought after, and has been collected into many major private and public collections.

1985
• Dot and Circle, a retrospective survey of the Aboriginal acrylic paintings of Central Australia, Royal Melbourne Institute of Technology

During the Tjukurrpa (Creation Era) Tingari ancestor beings gathered at a series of sites for Malliera (Initiation) Ceremonies. They travelled vast stretches of the country, performing rituals at specific sites that in turn created the diverse natural features of the environment. The Tingari men were accompanied by novices and usually followed by Tingari Women. The creation stories and rituals form the song cycles and ceremonies of today, used in part, for the teachings of the post initiatory youths, whilst also providing explanations for contemporary customs.

During the Tjukurrpa (Creation Era) Tingari ancestor beings gathered at a series of sites for Malliera (Initiation) Ceremonies. They travelled vast stretches of the country, performing rituals at specific sites that in turn created the diverse natural features of the environment. The Tingari men were accompanied by novices and usually followed by Tingari Women. The creation stories and rituals form the song cycles and ceremonies of today, used in part, for the teachings of the post initiatory youths, whilst also providing explanations for contemporary customs. 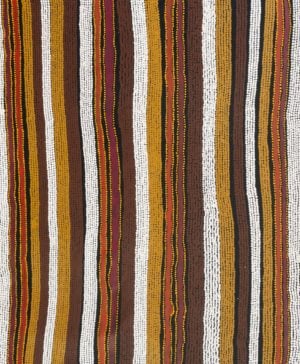 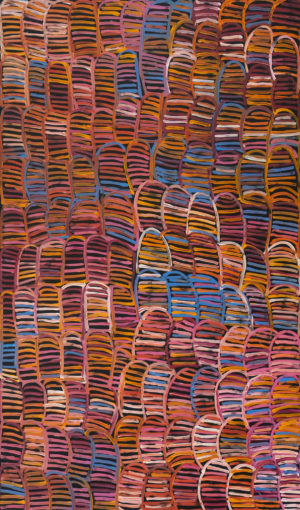 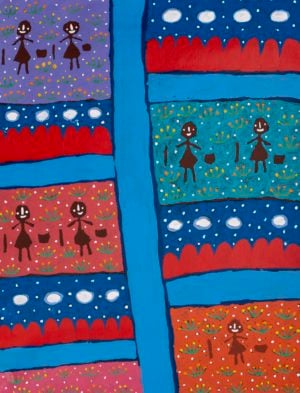 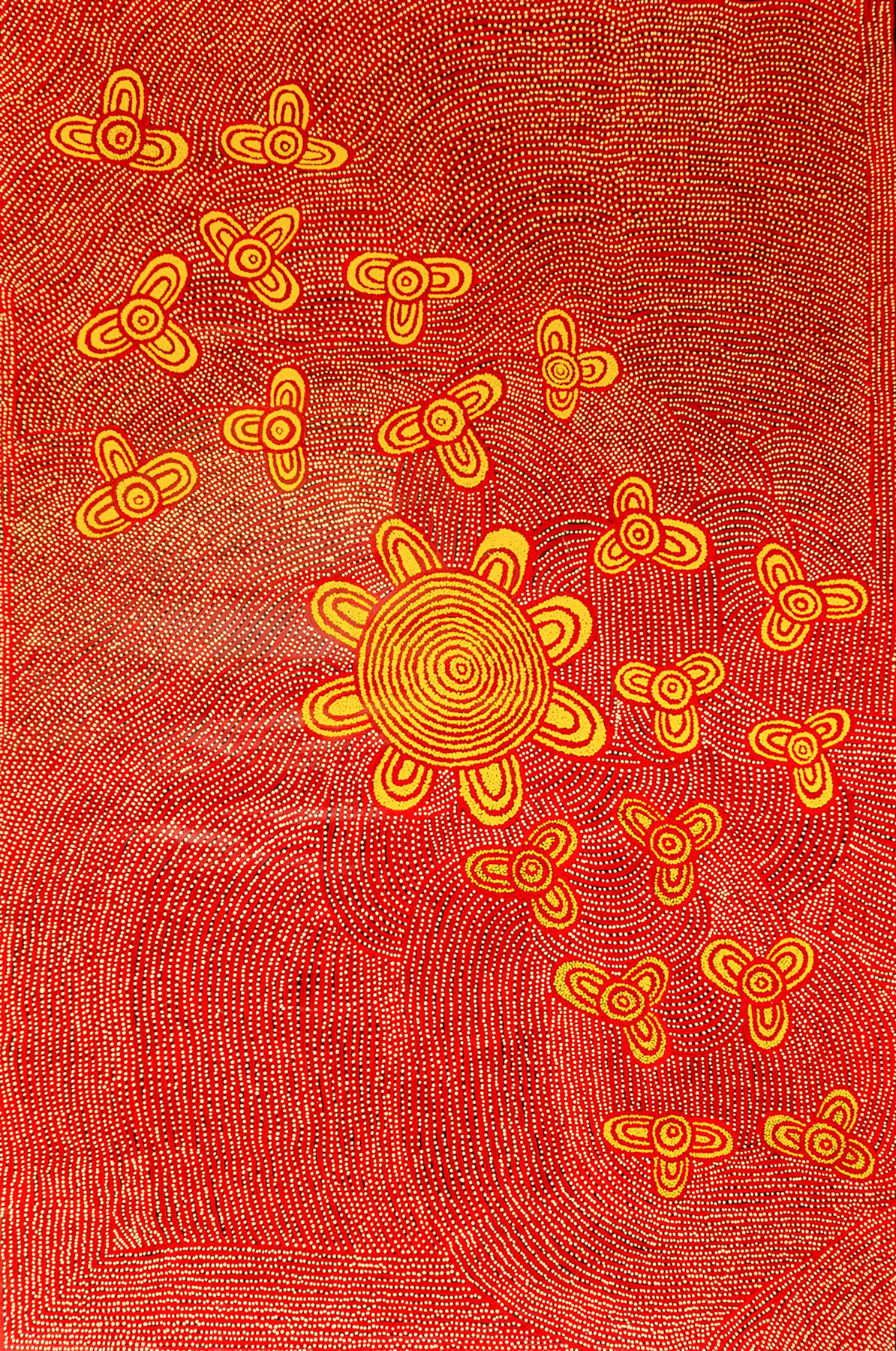