This painting represents the shell necklace Wandjinas. They walked to the coast and came across some pearl shell so they took them to use for Ceremonies. Till today they use for dance ceremonies.

Petrina’s mother, Edna Dale, is a senior artist and Petrina and her mother often paint side by side. Petrina was only 12 when her first artworks were included in an exhibition at Japingka Gallery in Perth alongside the works of her mother and grandfather. An incredible achievement for such a young artist.

Petrina is the oldest of eight children to her parents Edna and Lance – seven girls and a boy. Petrina is Gija skin on her father’s side and Ngarinyin on her mother’s side. She lives with her family at Imintji Community, 230km east of Derby along the Gibb River Road, where her mother is Chairperson.

Petrina was extremely close to her late grandfather Jack Dale who encouraged her to paint from a young age. Painting allowed Jack to pass on the stories of his country which relate to the Wandjina rock art of the West Kimberley.

Now in her early twenties, Petrina is an established artist in her own right with an incredible talent and, we believe, an amazing career in front of her. Most definitely an artist to watch out for in the future.

This painting represents the shell necklace Wandjinas. They walked to the coast and came across some pearl shell so they took them to use for Ceremonies. Till today they use for dance ceremonies. 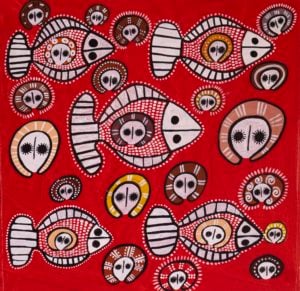 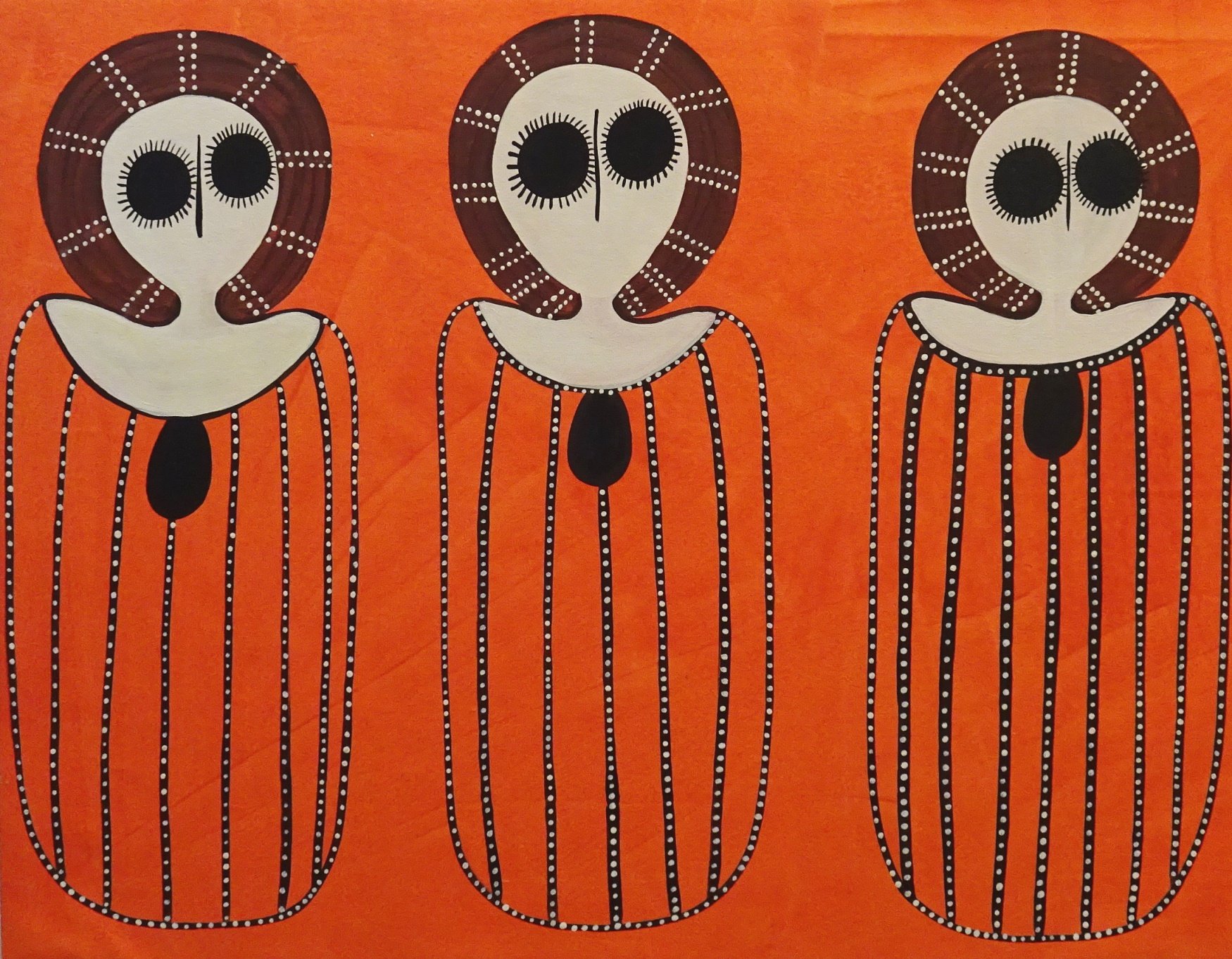